The gospel according to Ry – a reverent selection of spiritual songs 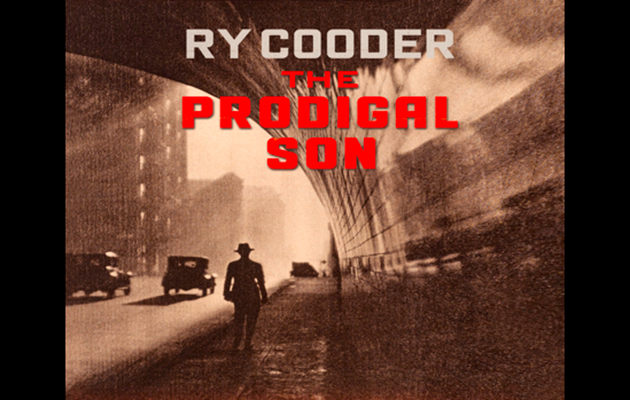 Ry Cooder is not a religious man – on the contrary, he casts a cold eye on its organised form – but he has  just made an album stuffed with gospel music and hymns, all from the best part  of a century ago. What gives? As the greatest curator and interpreter of Americana in all its diversity, Cooder has always loved this music; go back to his very first album (there are well over 30) and you’ll find devotional songs by Alfred Reed and Blind Willie Johnson, who both figure on The Prodigal Son. He’s never done God, but he’s always played God’s music. Cooder calls it ‘reverence’.

The eight ‘reverend’ cuts here – there is also a trio of originals – take assorted forms, from the dreamy visions of the after-life on Carter Stanley’s “Harbor Of Love” to the rip-snorting title track, where Cooder is joined by a trio of gospel vocalists. Every cut gets a different setting, for which Cooder credits his son, drummer and visioner Joachim. The pair have become quite a team, recording this album in a matter of days on what Cooder describes as a “one-take live vocals” approach.

The exuberance shines through, one reason The Prodigal Son often feels like something from Cooder’s 1970s canon, another being that while reverence provides a theme, Cooder is no longer boxed in to a concept album like I, Flathead or Pull Up Some Dust And Sit Down.

The parade of fretboard styles Cooder brings to the album is masterly. Take “Shrinking Man”, the album’s real starter once Cooder and his singers have ambled down “Straight Street” to a low-key banjo accompaniment. It’s a rollicking blues chopped out on a spiky electric guitar, with a solo that comes across as a tribute to Chuck Berry.

Something entirely different drives “Gentrification”, the only number that gives voice to Cooder’s political anger, albeit with humour. Cooder punctuates its catchy rhythmic tic with slabs of West African soukous guitar, bright and boisterous. By contrast, Blind Willie’s “Everybody Out To Treat A Stranger Right” comes with a murky slide part that honours its composer’s abilities, while “The Prodigal Son” boasts a barking fuzz-tone solo.

If the album has a centrepiece – and its moods keep shifting – then it’s another Johnson number, “Nobody’s Fault But Mine”, which Cooder slows down to a melancholy contemplation of human error, studded with his trademark slide, sparse and eerie. Effective, if over-extended.

There are other versions of holy life on offer. Alfred Reed’s “You Must Unload” preaches the way of the straight and narrow: who knows who Reed had in mind when he admonished “money-loving Christians who refuse to pay their share”, but Cooder must surely have in mind Bible-toting Republicans when he deplores their hypocrisy with the warning, “You’ll never get to heaven in your jewel-encrusted high-heel shoes.” Reed’s hymn is given due decorum, with a stately violin part from Aubrey Haynie.

“I’ll Be Rested When The Roll Is Called” is a spiritual with a triumphal ring written by Blind Roosevelt Graves, another voice from the 1920s and ’30s, and is whooped along by the trio of backing voices to Cooder’s sprightly mandolin playing. Closer “In His Care” is similar in mood,  a celebration of heavenly blessings, from another pre-Second World War African-American composer, William L Dawson. Cooder plays things both side of the wire here; the sentiments may be righteous, but the clanging riff that Ry and Joachim lay down is from the sinners’ side of the tracks, with all the visceral power of Howling Wolf.

Bluegrass, of course, has its own history of Christian metaphysics. “Harbor Of Love” imagines death as a glorious reunion with God, the austere tone of the original softened by Cooder’s softly shimmering guitar. “Jesus And Woody” perhaps takes us closer to Cooder’s own beliefs, an intensely personal tribute to one of his heroes, delivered solo, sometimes dropping to not much more than a murmur; one feels like an eavesdropper. Offering homage to  Guthrie the “dreamer” for his songs and his fight against fascism, Cooder hits a forlorn note for our current time, reflecting that, “They’re starting up their engine  of hate.”

One might expect more in the way of bile and anger from Ry Cooder, but an album that meditates long on mortality is perhaps his response to the darkening of the political landscape. He describes the music as “a conduit for feelings and experiences from other times”, but also as “a sense of force beyond the visible”; religion of a kind, then.