Wainwright’s homage to his heroine 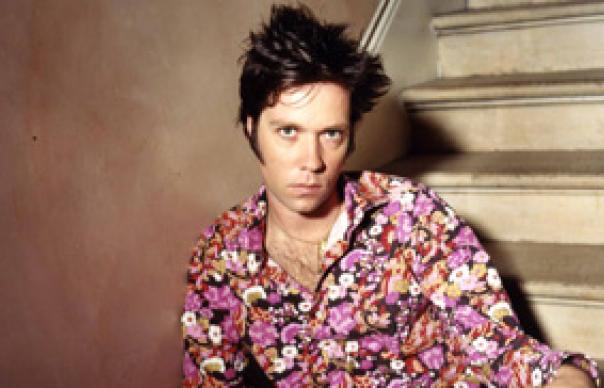 Frothy, fabulous, Rufus Does Judy is very far from that, but it is a definite departure for Rufus Wainwright – specifically, from his traditional subject matter, Rufus Wainwright. Rufus‘ art is to confer on dissipated and occasionally grubby scenes a bizarre romance. Though this material is undoubtedly no less personal to him – Rufus tells a couple of anecdotes in which he wittily tells the bildungsroman of his Garland-assisted sexual self-discovery – this LP asks him to be, as far as possible, someone else.

Nonetheless, there are familiar Wainwright faces along the way. Mum Kate McGarrigle plays piano. His sister, Martha, frankly steals the show with a devastating “Stormy Weather”, at the show’s centre. Around it, though, Rufus himself tackles manfully material which though fun in the room, is horribly perky on record. Medleys, fancy jazz arrangements, the ghastly “Swanee”…the LP creates, like a movie, the atmosphere of a high-end supper club in a time before The Beatles – a time, evidently, when people had a far sweeter musical tooth.

In the middle of all this performance, the piano-less Rufus can sometimes seem a little lost, the jump from singer-songwriter to raconteur/white tie dinner entertainer too large to make. His strength, though, reveals itself in the sad ones: the terrific masochism of “Do It Again”, the millstone “Somewhere Over The Rainbow” transformed, in their way, into Wainwright originals.

For Judy Garland, her 1961 Carnegie Hall LP was a comeback record after recovery from addiction and illness. The strength of this homage, is that it still says as much about Rufus Wainwright‘s music as it does about hers. It might be playful, and it might be versatile, but however light-hearted it may sound initially, it ends up sounding serious.


Q and A Rufus Wainwright

UNCUT: How did you decide to do these concerts?
RUFUS: I made a comment in the car, like ‘Wouldn’t it be funny to redo this as a song cycle…’ And the next thing you know, it’s happening. You’ve unleashed a phantom which much have its due.

Have you known the LP a long time?
I really got into the album after the war in Iraq. When that started, I was so traumatised and disillusioned with anything American – nothing put me in a good mood except for that record. I was instantly reminded how great the US used to be.

How did this dovetail with Release The Stars?
It affected my singing, and how I think about lyrics. I think I knew in the back of my mind that these songs are greater than any performer who has sung them.