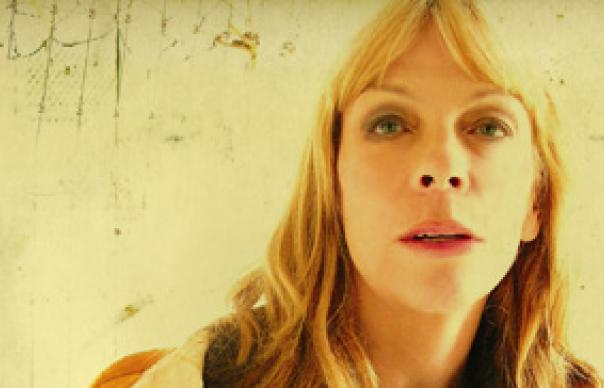 Despite scoring big with “Chuck E’s In Love” in 1979, Jones has always been the quintessential cult artist: revered by a fanatical few, lauded by her peers, eyed with mild curiosity by the rest. Since first landing in mid-‘70s LA as a teenage runaway, her career has swung in odd directions. A female counterpoint to one-time lover Tom Waits, her early songs were piano-led forays into the seamy side of boho life, before she began embracing jazz standards and bittersweet, after-hours roots music.

Whilst hardly prolific, the last decade has found her in more experimental form, with stripped jazz albums and, in 1997’s Ghostyhead, spoken recitations over ambient noise and guitar. Even so, when early last year she described a forthcoming work as “an improvised interpretation of Christian ideology”, even the diehards could be forgiven a cold shudder. But what a record this is: Rickie Lee in the raw, scatting, squawking and whispering through 13 songs of angry rock and unnervingly stark arrangements. Fired by the gospel teachings, it’s as much an exploration of her own faith as a commentary on Christ’s place in a fucked-up world. Jesus, she feels, gets too much bad press.

With Peter Atanasoff slashing guitar behind her like a vintage Lenny Kaye, Jones often sounds as fervid as Patti Smith. When exuding low-key menace, she could be a distaff Jim White. “Nobody Knows My Name” is a wholly improvised rant that, along with “It Hurts”, suggests her faith is often a struggle. With its scratchy guitar coda, “Where I Like It Best” alludes to the Lord’s Prayer, whilst “Elvis Cadillac” imagines Presley coasting the heavens while Janis Joplin works the corner bar. The extra bursts of accompaniment are sharp – heraldic-sounding trumpets, the odd cannon-fire drumshot.

But for all its weird dissonance, Sermon…’s musical crudeness gives it a powerful immediacy. Strangely accessible and highly addictive, it’s her best work in three decades.