The breakthrough fourth album, reissued with a trove of demos...In 1986, REM’s elevation to umpty-million-selling ubiquity, dominant influence and stadium marquees appeared other than inevitable. The Georgia quartet had released, in breakneck succession, two critically adored albums (1983’s Murmur, 1984’s Reckoning) and a third (1985’s Fables Of The Reconstruction) which was a much more expansive but nonetheless nervy and flawed record. 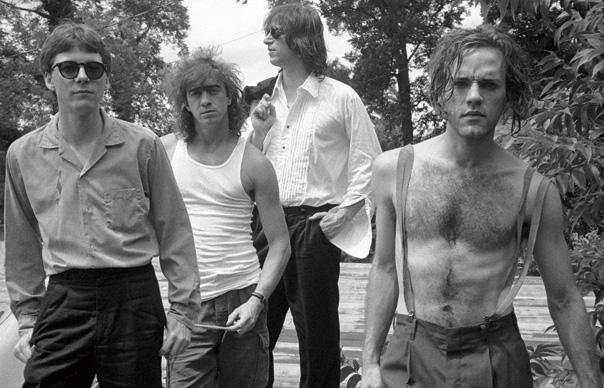 The breakthrough fourth album, reissued with a trove of demos…In 1986, REM’s elevation to umpty-million-selling ubiquity, dominant influence and stadium marquees appeared other than inevitable. The Georgia quartet had released, in breakneck succession, two critically adored albums (1983’s Murmur, 1984’s Reckoning) and a third (1985’s Fables Of The Reconstruction) which was a much more expansive but nonetheless nervy and flawed record. Fables Of The Reconstruction seemed to represent a skittish struggle against the limitations of the indie/college rock milieu REM had grown up in, a hesitant grasp towards something bigger. REM sounded, at this point, like a band unsure of whether they were happier underground or overground.

Lifes Rich Pageant – the apostrophe is intentionally absent, a symptom of a recurring and altogether deplorable disdain for punctuation – was where REM took that decision. Or, perhaps more accurately, realised that the two propositions were not necessarily contradictory. Produced by Don Gehman, previously best known for his work with John Mellencamp, Lifes Rich Pageant still flourishes the impeccably obscurantist indie rock credentials of Murmur and Reckoning – obtuse lyrics, unbridled guitars, tracks listed in the wrong order on the cover. But it also rises to the challenge only half-met on Fables Of The Reconstruction, of reconciling commercial and creative ambition. Lifes Rich Pageant is the bridge between the REM of “9-9” and “Feeling Gravitys Pull”, and the REM of “The One I Love” and “Losing My Religion”. As such, Lifes Rich Pageant is very plausibly REM’s finest album.

Every note of Lifes Rich Pageant fizzes and crackles with the urgency of people who’ve made their minds up, are therefore determined to proceed, and damn the torpedoes. Opening the album with a song called “Begin The Begin” was certainly more straightforward than anything REM had done previously. The song itself also rapidly established that Lifes Rich Pageant was intended as a leap from the shadows, the chugging boogie of the verses erupting into a sublime chorus of a majesty and swagger at which REM had only previously hinted.

For the first time, it had occurred to REM that they had a constituency – and, indeed, that it might be possible and desirable to build on that. The immediately ensuing songs continue with the theme established by “Begin The Begin”, in that they are all unbound by the diffident introspection that characterised the first three albums. These are efforts at outreach, attempts to unite a collective. “These Days”, for all Stipe’s self-conscious flights of opacity, is almost as wilfully naïve – and nearly as rocking – as The Who’s “My Generation” (“We are young despite the years/We are concern/We are hope despite the times”). The exquisite “Fall On Me” has been interpreted as environmental uplift, but reads just as plausibly as a swipe at the hymn of universal balm and brotherhood they’d perfect on “Everybody Hurts”. “Cuyahoga” is unmistakably environmental uplift – it’s named after the Cleveland river that became so chokingly polluted that it regularly caught fire – but the opening line radiates the daring of a band imagining themselves as a flag around which people might gather: “Let’s put our heads together/And start a new country up”.

REM’s thinking at around this point is illuminated by the inclusion, with this edition of Lifes Rich Pageant, of “The Athens Demos” – 19 tracks recorded at home before the band decamped to Gehman’s studio in Indiana. They reveal that, if anything, the finished Lifes Rich Pageant was actually less arrestingly populist than it might have been. Most startling, in retrospect, is REM’s decision not proceed with “Bad Day”, an obvious ancestor of “It’s The End Of The World As We Know It”, which would not officially surface – without, mercifully, the bloody awful harmonica part heard here – until the 2003 compilation, In Time. REM presumably felt that the giddy, gorgeous “I Believe” pretty much covered their freewheelingly associative pop hit quota for the album (the demo version of this is substantially studiously hummed by Stipe, who clearly hadn’t yet finished the words).

There are other intriguing indications on “The Athens Demos” that REM were, on Lifes Rich Pageant, actually restraining their urges to swing big. The vocal on the demo version of “Cuyahoga” is more crisp, more plaintive, and feels more unabashedly optimistic than on the deliberately growled and strained recording that made the album. This is, at least, true of what there is of it, as Stipe hadn’t finished this one, either. It’s a bit of a recurring theme of the demos – “Fall On Me” is also largely mumbled gibberish at this point, as if Stipe is trying to trick the words from his subconscious. “The Athens Demos” also contain sketches and/or snippets of other unfinished and/or unrealised songs which wouldn’t appear for years: “Rotary Ten” (b-side of “Fall On Me”), “All The Right Friends” (the Vanilla Sky soundtrack), “King Of Birds” (off Document). The much-bootlegged “Wait” – an actually fairly inconsequential thrash – also finally gets an official release.

Lifes Rich Pageant sounds not even slightly wearied by the quarter century that has elapsed since its release. In some respects, it’s sort of a homecoming. The recherché post-punk influences which had informed REM’s earliest records were largely those they’d acquired in college – specifically, at the University of Georgia in Athens, and the nearby Wuxtry Records store, where Peter Buck once worked.

Pageant is where REM properly admit to themselves the degree to which they’re a Southern rock band, who grew up on the likes of Tom Petty, who saw nothing wrong with a chorus that might prompt singing along, or with getting played on FM radio. REM were already walking head and shoulders taller than most by now, but Lifes Rich Pageant was nevertheless a startlingly great leap forward.
Andrew Mueller