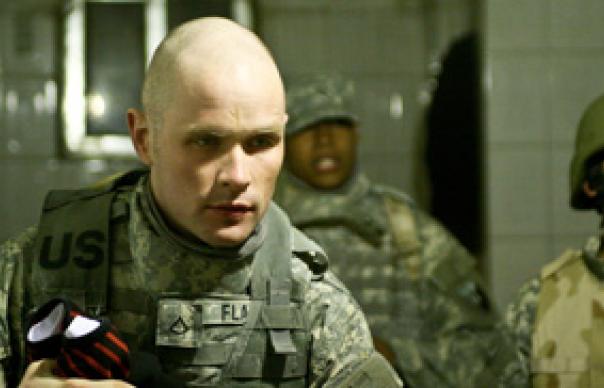 This uncharacteristic miniature (by his normally florid standards) sees Brian De Palma going low-budget to appropriate high moral ground. Its incongruity set against his major works is marked, and it’s worth questioning why a director who usually takes relish in presenting spectacular voyeurism and chauvinism feels he’s the right man to point out the horrors of war-zone rape. But, of course, he’s covered similar territory before, in 1989’s Vietnam movie Casualties Of War, where he utilised almost exactly the same themes.

This time though we’re in Iraq, where – just as in the Sean Penn/Michael J Fox film – a small group of soldiers fall prey to nihilism, and abuse and mutilate a teenage girl. There’s a claustrophobically intense build-up, careful to clarify but not justify the American soldiers’ actions, and the conscience-torn emotional fall-out. It’s compellingly acted by a group of unknowns. What’s new here is De Palma’s interest in the ways information is mediated/communicated in the age of blogs, video diaries and YouTube. The master image-maker is intrigued by the absence of any absolute truth.