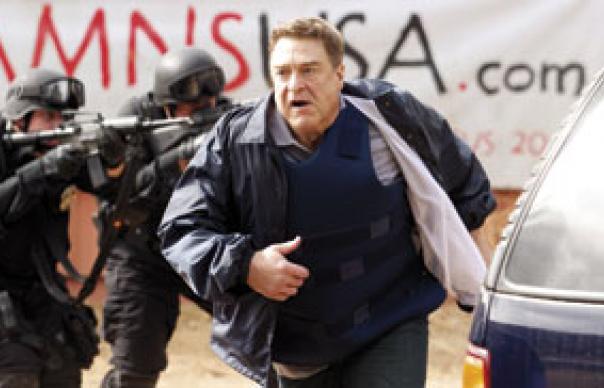 Kevin Smith’s odd, flawed film about a group of Christian fundamentalists in smalltown America is his most intriguing since Dogma.

We open with three adolescent boys (Michael Angarano, Nicholas Braun, Kyle Gallner), whose desperation for sex inadvertently leads them to the complex of charismatic pastor Abin Cooper (Michael Parks) and his radical congregation.

There, they are forced to witness the extreme behaviour of Cooper’s followers – among them, the murder of a homosexual man – before the compound comes under siege from state forces led by John Goodman.

Smith freewheels through genres – it’s a frat boy comedy, horror film, social and religious commentary, satire – and can hardly be called subtle. But even in its most off-kilter moments, the performances carry it: Goodman and Parks, particularly, are superb. Parks’ 15-minute monologue about the End Of Days is, in every respect, show-stopping.
Peter Watts