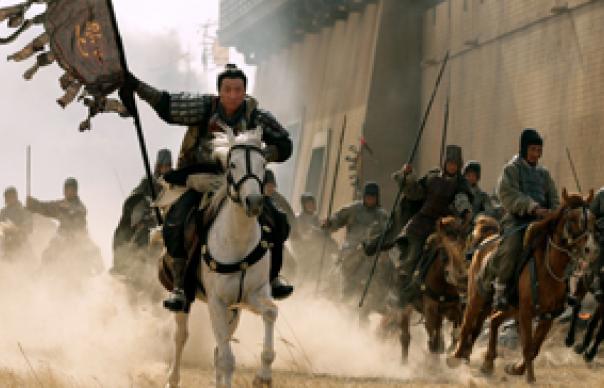 
In 208 AD, the battle of Red Cliff on China’s Yangtse River pitted the forces of imperial pretender Cao Cao against an alliance of China’s western and southern kingdoms. The battle changed Chinese history and has since became part of national folklore. John Woo has wanted to film the story for over 20 years, but production only commenced in 2004 when he felt technology had reached a point where it could replicate his vision. And while he’s created a spectacle that’s both thrilling and vast, the director never loses grip on the narrative.

The set-piece clashes on land and water are immense but teem with fine detail, not least a stupendous sequence where Cao Cao’s forces are routed by his opponents’ elaborate “tortoise” manoeuvre. Amidst the panoramic action Woo develops a strong cast of characters, particularly the shrewd and scholarly Zhuge Liang (Takeshi Kaneshiro) and philosophical military commander Zhou Yu (Tony Leung). Their partnership allows the defenders to compensate for their smaller forces by countering Cao Cao’s brawn with lateral-thinking brainpower. Woo has created a resounding epic, blending a distinctly Chinese ethos with a Hollywood sense of scale.