Read And Have Your Say On The Years Most Controversial Album

Heresy! Beatles back catalogue gets megamix treatment courtesy of George and Giles Martin 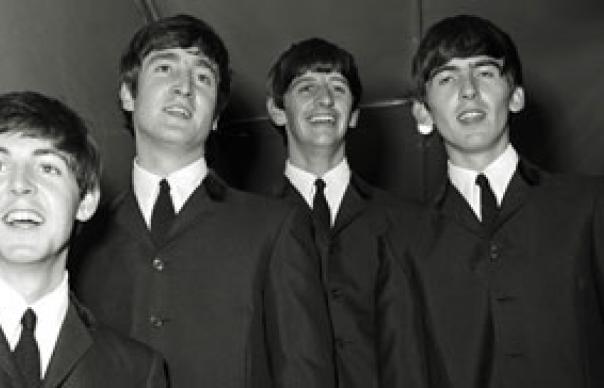 Along with the Amazonian rainforest, there can be few natural resources which have been ransacked like the Beatles back catalogue. Anthologised, lobotomised (1) and generally pillaged in the pursuit of commercial gain, public demand appeared to have finally exhausted itself with the middling response to 2003’s unfortunately titled Let It Be… Naked.

Until now. Prompted by a long-term friendship between George Harrison and Cirque De Soleil’s founder Guy Laliberté, and given the blessing of the Axis Powers (Paul, Ringo and Yoko), Love is the latest addition to that bulging catalogue.

Essentially the soundtrack to the Cirque show launched in Las Vegas last July, Love is a jaw-dropping 80- minute mash-up of The Beatles’ more accessible tunes, slavishly compiled by Giles Martin and overseen by father George, all delivered in sumptuous 5.1 surround sound.

Those fearing a train-wreck along the lines of Twin Freaks – The Freelance Hellraiser’s remix assault on the Wings back catalogue – can rest easy.

Starting off with “Because”, it segues into the drum solo from “The End”, hammers into the opening riff from “Hard Day’s Night” and then lurches straight into “Get Back” before you can splutter “Stars On 45”.

From there it’s a musical landslide of Beatleology (“Eleanor Rigby”, “A Day In The Life”, “Here Comes The Sun”), all overlaid with snippets from every nook and cranny of their back catalogue.

So we get “Drive My Car/The Word/What You’re Doing” as one continuous ebb’n’flow of mid-period drugginess, “Come Together/Dear Prudence” as an acid-fried soundscape and – best of all – the cosmic drones of “Tomorrow Never Knows” and “Within You Without You” fitted together like a glove.

Wherever a song is allowed to stand alone (“Back In The USSR”, “Revolution”), it arrives with double-tracked vocals, stripped back instrumentation or – why not? – the faint tinge of sitar.

If the scale is almost beyond comprehension, Love also represents a sonic Da Vinci Code for Beatles trainspotters, who could spend the rest of their lives arguing over whether the snare sound is derived from “No Reply” or “Paperback Writer”.

Completists will enjoy a newly unearthed demo version of “Strawberry Fields Forever”, but it is the Martins’ obsessive quest for innovation which deserves the garlands.