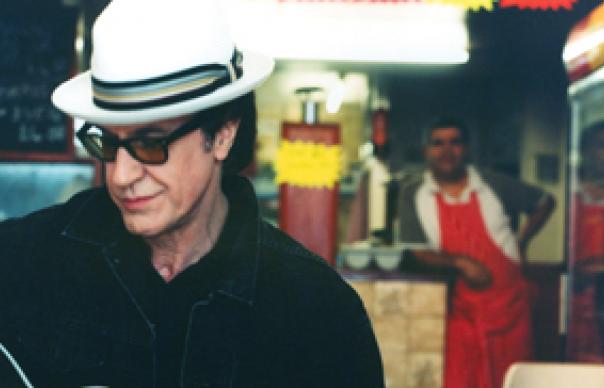 You only have to listen to “Waterloo Sunset” to realise that Ray Davies has always had a tendency to wrap his disillusionment in the flag of nostalgia. He hankers for the past on this new album too, but with a brusqueness which would have embarrassed his younger self – before finally dragging himself back towards something approaching contentment.

‘Working Man’s Café’ captures Davies’s revulsion with Blair’s Britain, his relocation to New Orleans, and the reflections on mortality which followed his shooting in the Crescent City (after chasing a mugger). Some of the material is mined directly from his experience. “Morphine Song” is a soap opera observed from his hospital bed, held together by a chorus of “listen to my heartbeat”, while the anthemic “Peace in Our Time” has him pining for peace of mind in a troubled world.

Musically, the transatlantic travel hasn’t been entirely beneficial. There are times when the playing of the session band is slick to the point of blandness, and the production (by Davies and Ray Kennedy) is crisply tasteful when the songs cry out for dissonance. Given the obvious influence of Davies on Pete Doherty, it’s tempting, in the more placid passages, to imagine what Mick Jones might have done with these songs. And it’s alarming, on the Victor Meldrewish “In A Moment”, to realise that Davies – that scion of Englishness – is singing in an American accent.

But when it works, it works. The beautifully sung closer, “The Real World”, isn’t strictly autobiographical, but it does explore the wanderlust which took Davies to Louisiana, before concluding that travel doesn’t necessarily cure a lost soul. Best of all is the pensive title track, with an Estuary-accented Davies complaining about the creeping Americanisation of England, loans, equity relief, mortgages and internet cafes, before locating his identity in a working man’s café. “In case you forgot who I am,” he sings, “I’m a kid with a greasy spoon firmly held in my hand.” Welcome home, Ray.