Back with a blinding album after almost a decade. 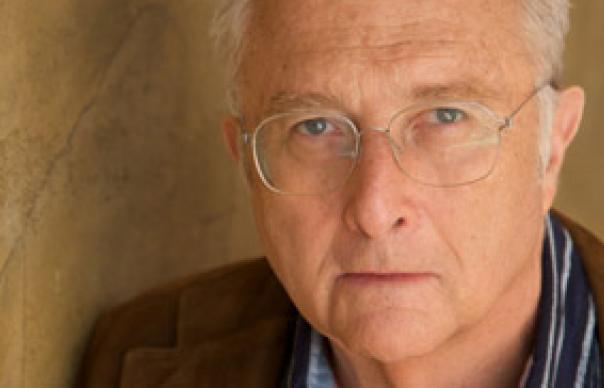 “Hasn’t anybody seen me lately?” As opening line for someone’s first studio album of new material in nearly a decade, it begs any number of smart responses. Randy Newman has not been idle since 1999’s diffident masterpiece Bad Love. He has continued to churn out film soundtracks at a steady clip, including those for Meet The Parents, Toy Story 2, Seabiscuit and Monsters, Inc – the latter of which finally bagged him the Oscar he’d been fruitlessly nominated for on a staggering 15 previous occasions.

Newman also returned to the studio for 2003’s The Randy Newman Songbook Volume 1, a collection of old songs re-recorded as solo piano performances. It was, on its own merits, a tour-de-force – given the catalogue from which it was drawn, it could scarcely have been otherwise – but it did suggest that Newman’s interest in, or inspiration for, being a singer-songwriter might have been terminally waning.

In the event, Harps & Angels provokes approximately equal parts gratitude that Newman got around to it, and vexation that he doesn’t do this sort of thing more often. Exactly 40 years since his eponymous solo debut, it’s both awesome and faintly depressing how few compete in his league. Harps & Angels consists of just 10 tracks, and has a running time that falls just short of 35 minutes, yet freights multitudes, musically and lyrically. That opening line introduces the title track, a gradually building, slowly sumptuous, New Orleans-flavoured jazz shimmy. Over this, Newman unspools the tale of a man sucking what he believes are his dying breaths on a pavement, only to be visited by an inexplicably Francophone celestial being who admits to the narrator that his time isn’t up just yet – and, by way of atoning for the clerical error, offers some advice towards a better, more observant life.

Most of Harps & Angels, like much of Newman’s canon, is similar glorious, if bleak, whimsy. His formidable backing band, comprising producer Mitchell Froom on keyboards, Attractions drummer Pete Thomas, virtuoso jazz bassist Greg Cohen, veteran session guitarist Steve Donnelly and pedal steel player Greg Leisz, conspire with a full-dress orchestra to confect country ballads, show tunes, Dixieland balladry, oriental pop and, on “Laugh And Be Happy”, a groundbreaking enterprise in sarcastic Charleston. This has circulated in demo form before, and two other songs may also be familiar.

The closing cut, the gorgeous devotional “Feels Like Home” first appeared on 1995’s “Faust”, sung by Bonnie Raitt, and has since been covered by Emmylou Harris and Chantal Krevaziuk, among others. “A Few Words In Defense Of Our Country” was as an iTunes download – and New York Times op-ed – last year. A pedal steel-lashed country trundle, “A Few Words. . .” is best imagined as a companion piece to “Political Science” – the apocalyptic satire Newman wrote for 1972’s “Sail Away”, and which acquired renewed popularity thirty years later for its resemblance to to the internal monologue of Donald Rumsfeld (“They don’t respect us/So let’s surprise ’em/We’ll drop the big one, and pulverise ’em”). “A Few Words. . .” offers a wilfully desperate defence: that, hopeless though America’s present overlords may be, they’re not as bad as some. The idea that George W. Bush’s surest claim on absolution will be that he wasn’t as bad as Caligula or King Leopold would be funnier if wasn’t quite so plausible.

There is much on “Harps & Angels” that will delight admirers of Newman’s trademark sucker-punches, double-bluffs and irony-laden conceits. Aside from the abovementioned, Newman’s unmistakable drawl, evocative as ever of an irate taxi driver, inhabits a hilarious reflection on the erasing of memory by age (“Potholes”), a suggestion that child-rearing be outsourced to hardworking immigrants (“Korean Parents”), and a snarling state-of-the-union address (“A Piece Of The Pie”) in which he argues with a chorus of bellicose patriots and bickering Belgians, and pleads for deliverance by Jackson Browne. The track that glides most assuredly into Newman’s pantheon of classics is “Losing You”, a deceptively simple, rueful, achingly beautiful ballad of bereavement that could equally have been written for Tom Waits or Frank Sinatra. Not for the first time, Newman is at his most affecting when he plays it mercilessly straight: his flickers of sincerity all the more beguiling for only appearing rarely.