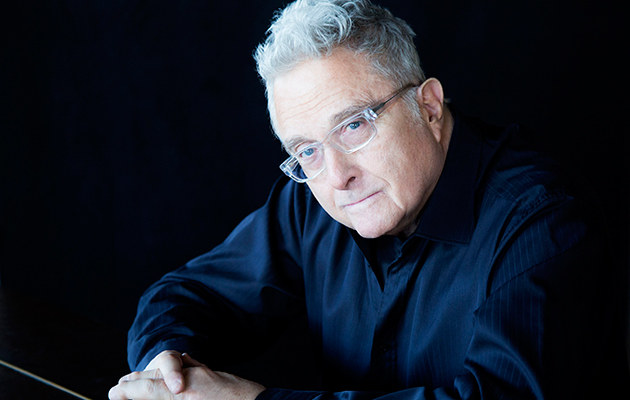 Since the early 1980s, Randy Newman’s day job has been writing orchestral scores for big Hollywood movies. Some might feature the occasional knockabout song – like “You’ve Got A Friend In Me” from Toy Story or “If I Didn’t Have You” from Monsters Inc – but Newman’s primary role is to provide detailed, time-coded, instrumental underscores that bring the visuals to life.

These soundtracks have always been kept quite separate from Newman’s increasingly rare, once-a-decade studio albums, where his croaky, sardonic vignettes are usually backed by an ornery barroom band, but Dark Matter finally sees him uniting those two professions. Here each satirical sketch is lavishly arranged like a miniature film score, with multiple characters, shifting points of view and dramatic lurches in musical style. Earlier Newman tracks – like the Brechtian “A Piece Of The Pie” (on 2008’s Harps And Angels) or the episodic paean to Karl Marx “The World Isn’t Fair” (on 1999’s Bad Love) – have attempted this, but none were as ambitious as anything on this album.

The opener, “The Great Debate”, is an eight-minute comic opera that imagines a latterday Scopes Monkey Trial between a panel of scientists and representatives from every Christian denomination. It’s filled with sly musical and rhetorical gags: when a physicist is asked to explain “dark matter”, the underscore is replaced by a series of spooky, discordant sci-fi flourishes. “Just a moment, sir,” says the judge to the hapless scientist. “Do yourself a favour and use our music/Your music is making people sick.” After each scientific argument is ridiculed by gospel-singing believers, the characters in the song turn on “Randy Newman” himself  (“A self-described atheist and communist”) for creating a strawman argument.

Throughout the album, the melodies stop and start like film scores: they change key, tempo, time signature and even musical genre to suit the flow of the story. “Brothers” imagines a conversation in the White House between John F Kennedy and his brother Bobby in 1961, lurching from a discussion of the Washington Redskins’ notorious refusal to sign black players to the imminent Bay Of Pigs invasion (a hawkish Bobby is overruled by Jack, whose only interest in Cuba is his love for the singer Celia Cruz). “Putin” is a broader satire, a bombastic, Cossack-themed stomp in praise of the Russian chief (“He can power a nuclear reactor/From the left side of his brain”).

The elaborate arrangements continue even on the more orthodox songs. “Sonny Boy” is a jaunty ragtime number where the veteran Tennessee bluesman Sonny Boy Williamson (1914-1948) narrates the true story of how his name, identity and songs were stolen by a Mississippi bluesman (1912-1965). “He’s the one who went to England/Tried to teach those English boys the blues,” howls the original Sonny, lamenting that he’s now the “only bluesman in heaven”. “On The Beach” is a piece of Hawaiian-tinged exotica, with a nod to Van Dyke Parks, about a well-to-do high-school dropout who elects to spend his life as a surf-obsessed beach bum. “It’s A Jungle” – the theme to the TV series Monk – is a stomping showtune told from the POV of a paranoid conspiracy theorist. “I’m not the one who’s crazy,” says the nervy narrator. “I’m not afraid of them/They’re afraid of you and me.”

Newman has long specialised in heart-tugging lyrics, be it the brutal meditation on death “Old Man” (from 1972’s Sail Away) or the sob-inducing “When She Loved Me” (from 1999’s Toy Story 2). Dark Matter has several such weepy moments. “Lost With You” marshals Newman’s Disney nous – with a backing that shifts from Stephen Foster to Stephen Sondheim – to tell the story of a man who is left broken by the death of his wife. The tears are more uplifting in “She Chose Me”, a bleakly beautiful piano ballad where the narrator is a lonely man who can’t believe that he has found a partner.

Just when you think the dark matters have lifted, the album’s closing track, “Wandering Boy”, comes as a body blow. It sees Newman junk the orchestral bombast and accompany himself on the piano, narrating the tale of a heartbroken father searching for his missing son. After a middle-eight where he remembers the five-year-old boy “laughing like a maniac/Shining in the sun like gold/He was afraid of nothin’ then”, the song drops two semitones for a hymnal ending. “I hope he’s warm and I hope he’s dry/And that a stranger’s eye is a friendly eye.” You’d need a heart of stone to sit through all three minutes without choking up.

Q&A
Randy Newman
Do you see this as your first full fusion of songs and film scores?
Well, all these songs soak up an orchestra pretty well. It was what they needed. But in some ways, it’s similar to my first LP from 1968. At the time it seemed like there was just me, Van Dyke Parks, and maybe Ry Cooder, who made music like we’d never heard The Rolling Stones. We were the only guys not using a fucking drum! And part of me still thinks using a drum is cheating. There are other ways of making pop music.
Do the film scores and the songs come from different parts of the brain? Definitely. I don’t think I’ve got any better as a songwriter in 50 years, but I am much better at the orchestral stuff. But they do inform each other. The arrangements creep into the songs, and help me manipulate audiences, particularly with the tearjerkers. With film scores, I like a tune. A lot of soundtracks just about do the job without one, but I need a line, a thread.

You give yourself a hard time in “The Great Debate”…
Haha. I’m giving away what I do, which is to create strawman arguments. That’s a real career-ender! But yeah, I definitely do what I’m accused of doing in that song. I create characters as objects of ridicule: “He doesn’t believe anything he has you say,  nor does he want us to believe anything you say.” Yup.

Some people might have expected a song about Trump here…
I did write one, just for the hell of it, but it was just too vulgar. It was all “my dick’s bigger than your dick”. My way into it was to come at it from a female point of view – like it was Ivanka having a dig at Daddy. But  the subject is too sore to get into.
INTERVIEW: JOHN LEWIS