Rahsaan Roland Kirk – The Case Of The Three-Sided Dream

Beautifully made film of a fearless American original 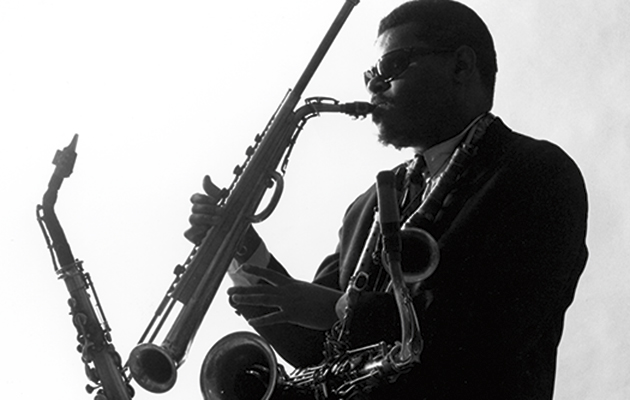 Blind since early childhood thanks to poor medical treatment, Rahsaan Roland Kirk developed the gift of seeing with his ears. That’s what someone says in the course of The Case Of The Three-Sided Dream, and it seems to have been true. Kirk imagined the sounds he wanted to make, and then invented the means to create them. Another voice in this biographical documentary sums it up: “It was his one and only reality. It was his life.”

As a small boy he cut a length of garden hose and played it like a trumpet. When he took up the saxophone, one instrument wasn’t enough. To the tenor saxophone he added two exotic members of the same tribe, the manzello and the stritch. He hung the three horns around his neck, devised a method of cross-fingering between the keys, adapted his embouchure to take in the trio of mouthpieces, and played them all at once. When he appeared in the early 1960s, the sound was like nothing heard before: a keen blast of harmonised reeds that bore no resemblance to any known saxophone section. It was his true voice.

He also hung whistles and small sirens around his neck, to punctuate his performances with sudden blasts that kept his audience on their toes. He was a wonderful flautist, too, one of the few capable of playing real jazz on the instrument, through which he often hummed or sang at the same time as producing the instrument’s own notes (thus providing a career for Jethro Tull’s Ian Anderson). He sometimes played clarinet, cor anglais or harmonica, he kept a nose-flute handy, and occasionally he put a saxophone mouthpiece into a trumpet and played it that way. Having acquired the arcane skill of circular breathing, he never needed to stop playing; he recorded his “Concerto for Saxophone” in one 20-minute take, playing continuously throughout. His auditory perception went beyond the normal definition of acute. “We used to joke that he could hear around corners,” someone else says.

As if that were not enough, he also told stories. The first time I saw him, in Leicester in 1964, during his first British tour, he prefaced his piece “We Free Kings” with a long, rambling and utterly spellbinding tale about the three wise men on their way to Bethlehem, recasting it as a beatnik short story. Maybe Bruce Springsteen saw him around that time, because Springsteen’s way with a yarn – like the one about encountering Clarence Clemons on the Jersey shore – is straight out of Rahsaan’s playbook.

Unafraid of anything, he became more and more compelling. There’s a wonderful story about how, when the police tried to raid Ronnie Scott’s (where he was a favourite and frequent performer) one night, Kirk ordered the audience to blow the whistles he had handed out to them for participatory use in one of his tunes. Result: chaos and confusion and a swift retreat by the boys in blue.

Some people thought it was all a minstrel-show gimmick. It was anything but. Like Harry Partch, Moondog and La Monte Young, he was an American original. He could be uproariously entertaining, but he could also keep pace with the very finest exponents of modern jazz, such as the pianist Jaki Byard and the drummer Elvin Jones, with whom he recorded the great album Rip, Rig & Panic in 1965. Charles Mingus treasured his presence in his Jazz Workshop band: he’s an integral part of the roiling sessions that produced Mingus Oh Yeah! and Tonight At Noon.

But he was also political. His chant “Volunteered Slavery” formed part of the soundtrack to the civil rights era. In 1971, invited on to the Ed Sullivan Show, he brought with him a top-gun band including Mingus, Archie Shepp and Roy Haynes. Instead of the promised “My Cherie Amour”, they blasted into Mingus’s “Haitian Fight Song”. Sullivan’s response proved his chops for all time. “Wonderful!” he cried. “Wonderful! Wonderful!”

Four years later Kirk was half-paralysed by a sudden stroke. By 1977, while enduring kidney dialysis three times a week, he had devised a way of operating the saxophone single-handed and played and sang a beautiful “Goodbye Pork Pie Hat”, Mingus’s elegy for Lester Young, at one of Ken Kesey’s Poetic Hoohaws, still top-hatted and festooned with whistles and sirens. He died that same year, aged 42. It’s all there, and much more besides, with testimony from family, friends and fellow artists, in Adam Kahan’s loving and beautifully made film.