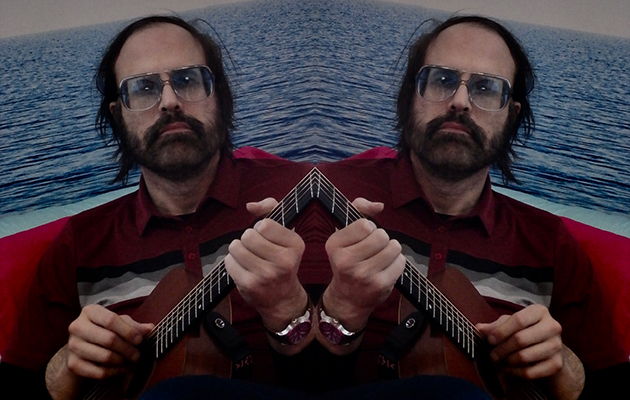 David Berman broke up his lo-fi country-rock outfit Silver Jews suddenly in 2009. Amid an existential crisis triggered by both the worrying state of the world and the ills perpetrated by his father, Richard – a right-wing lobbyist dubbed ‘Dr Evil’ by one American media outlet – Berman chose to walk away from music. “I guess I am moving over to another category,” he wrote on the Drag City message board. “Screenwriting or Muckraking. I’ve got to move on. Can’t be like all the careerists, doncha know.”

Ten years later, Berman has finally returned to active service with Purple Mountains. While essentially a new band, there is much here that recalls the classic posture of Silver Jews – not least, the wry lyrical observations (“and now we stand the standard distance distant strangers now stand apart”) and, naturally, Berman’s rich, caustic baritone. But although the underlying spirit of the two bands is similar, it was important for Berman to differentiate between them. “I made one six-storey building and lo-fi sub-basement,” he explains. “When I thought to build a second, I found it would add to the quality of both to be offset from each other.”

Berman has always had a way with a good opening line for his albums. Silver Jews fans will remember with fondness the shout-out to an ex that kicked off 1996’s The National Bridge: “No, I don’t really want to die/I only want to die in your eyes.” Meanwhile, 1998’s American Water opened with the deathless proclamation, “In 1984, I was hospitalised for approaching perfection.”

Purple Mountains opens in a similarly attention-grabbing manner: “Well, I don’t like talkin’ to myself/But someone’s gotta say it, hell/Things have not been going well/This time I think I finally fucked myself.” These lines are delivered by Berman over rollicking piano, drums and guitar that recall the rambunctious, rootsy spirit of Dylan and The Band. They suggest that the album’s ongoing mission will be to explore the void Berman plummeted into on retiring from music. As a consequence, the depression, defeat and disaffection he experienced during this period offer rich pickings for a songwriter as wry and self-aware as Berman.

The 10 songs assembled here owe as much to Townes Van Zandt’s picaresque story songs as they do Dylan’s sardonic poetics; they all gnaw at the heart and consciousness. Berman sings of life’s travails in fluid and acrobatic phrasing, with each spin revealing a nuance in tone or pronunciation that turns the lyric in a profound or unexpected way, a slow reveal that begs repeat listens. It’s unequivocally dark, relatable and addictive.

The album’s full of ghosts, from a declaration that “All My Happiness Is Gone” at track two, to a gut-punching admission at track five: “We’re just drinking margaritas at the mall/That’s what this stuff adds up to after all,” he sings, an indictment of the inanity that numbs and distracts us in desperate moments and daily routines, sugary booze in the absence of enlightenment.

But it’s not all misery and dashed hopes. Berman pens a stirring tribute to his late mother, “I Loved Being My Mother’s Son”, while “Snow Is Falling In Manhattan” is a calming portrait of a snow-blanketed city. These pauses between crises are something of a palate-cleanser, of course; but even the darker tracks are helped along by the sweet, smooth instrumentation accompanying Berman’s assorted meditations. Backing vocals by singer-songwriter Anna St Louis, Jeremy Earl of Woods and Haley Fohr of Circuit Des Yeux provide a contrast for Berman’s lower-register singing.

Purple Mountains is an excellent return to form for Berman; a worthy next chapter for a songwriter who quit, many believed, in his prime. As an additional delight, Berman intends to tour the album – something of a rarity given that he’s played just 100 or so shows in his decades-long career.

“Mine is not a cry for help, but an offer to provide a kind of it,” Berman says of these splendid new songs. The truth may hurt – but, listening to Purple Mountains, there are many delights and peculiarities to be found on the road to healing.