Public Image Limited – This Is PiL

“I am John, and I was born in London!” The Lydon corporation re-opens for business... 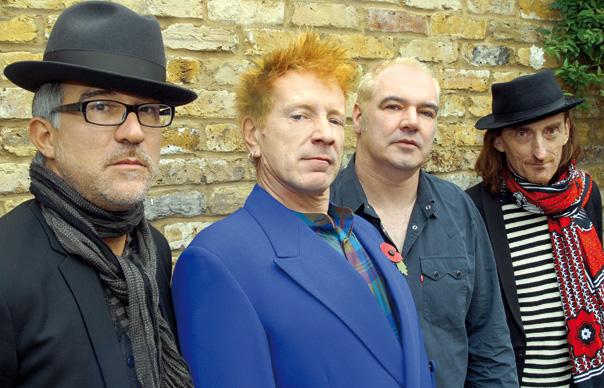 “I am John, and I was born in London!” The Lydon corporation re-opens for business…

If John Lydon were playing by the now well-established rules of reunion, 2012 would conceivably have been the year that a reconvened PiL hit the larger venues of the United Kingdom to play through 1981’s seminal Metal Box in its entirety, Lydon’s artistic partnership with guitarist Keith Levene and bassist Jah Wobble rekindled over a large pile of bank notes.

The reality, as you might expect, is rather more challenging. In March, Levene and Wobble embarked on a UK tour playing “Metal Box In Dub”, with added trumpet and one “Johnny Rotter” of tribute band The Sex Pistols Experience occupying the vocal role. Lydon, meanwhile, stands at the helm of a new line-up of PiL – one comprised of guitarist Lu Edmonds and drummer Bruce Smith, both of whom worked on PiL’s rather less celebrated late ‘80s albums Happy? and 9, plus bassist Scott Firth – and has funded a brand new PiL album, the group’s first in two decades not through an advance from a record label, but by a busy schedule of live concerts. This is no fan’s dream scenario – yet, in this respect, at least, it remains pretty much in the spirit of PiL. This is what you want. This is what you get.

For all this, there is something rather enervating about This Is PiL. Without question, this is The John Lydon Show; there are no egos here to grate against one another, the band toiling at long, fairly functional suites of squalling dub-disco atop which Lydon can grouse and gripe, rap in curious cod-patois and declaim society, authority, conformity in his high, whinnying cry. It can often be a bit of a silly business: “We are PiL – and we are quite a-pillling,” he Dad-jokes, on the opening “This Is PiL”. Still, it appears there remain reserves of rage to be tapped here. The following “One Drop” is a piece of gloom-wreathed 2-Tone with lyrics that assert a sort of cosmic anarchy: “We come from chaos/You cannot change us!” The excellent “Deeper Waters” rings with heavy portent, Lydon a castaway lashed by biting salt-water guitars and pushed along on tidal swells of bass, paddling away from the shore lest he be dashed to pieces on the rocks. And on the loping, funky “Human” we find Lydon showing off the extent of his scabrous diction, spitting acid about “ed-you-cay-sheunnnn!” and “po-li-tish-e-unnns!” and lamenting for a lost England with the same forensic eye he once described the aftermath of a murder scene in “Poptones”: “I miss the roses/Those English roses/Of salad, beer and summer’s here/And many mannered ways/Of cotton dresses skipping across the lawn/Of happy faces, when football was not a yawn…”

Cynics will, perhaps rightly, be moved to point out here that Lydon, a Los Angeles dweller for the last two decades, has no real business pontificating on what is good and what is bad about modern Great Britain. Yet This Is PiL seems very much concerned with questions of Englishness, and of heritage. “One Drop” opens with a bellowed “I am John, and I was born in London!” Elsewhere, Lydon’s place of birth, Finsbury Park, is mentioned numerous times (on the zany, “Antmusic”-like “Lollipop Opera” and the driving, Krautrocky “Reggie’s Song”, a rather fantastic flight of fancy concerning a man called Reginald and the garden of Eden). Lydon’s soul-baring is not always so effective – the spoken-word “The Room I Am In” has the feel of a amateur poetry slam, the lumbering “Fool” stretches out to an unwelcome six minutes. Still, though, he seems driven by bile, anger, bitterness and most of all, the need to come to terms with, and to understand his past. Altogether, one feels, this is what makes This Is PiL a compelling listen. It wrestles with contradictions, sets off on seas of despair, spits like a camel and kicks like a mule. It may not be of the calibre of Metal Box, but it finds its maker firmly in 2012, not 1979, and with plenty still to grouse about.
Louis Pattison