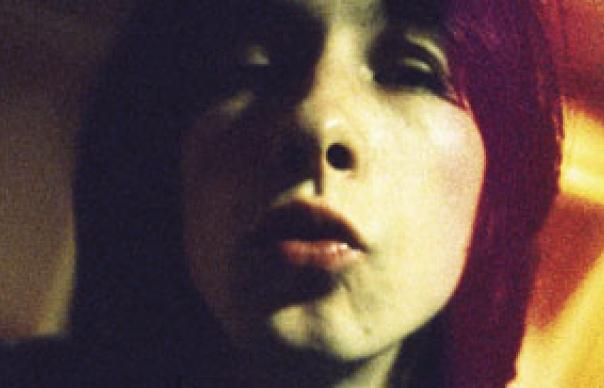 Twenty years since Primal Scream released the cornerstone album not just of their career, but of that musical era. It’s a testament to its force that we feel it only came out, if not last week then, say, this century (and a testament to the band that they’re still with us, and still making new records while the blazered drabs of Britpop have been recycling their already recycled past on hits tours for years). The other fun thing about Screamadelica is how unlikely it would have seemed to anyone in 1987 or so that, of all the bands in the world to produce this extraordinary, rambling, brilliant record, it would have been Primal Scream.

In their early years, the Scream were an archetypal Creation band; they started making twee jangle pop (“Leave me alone!” whimpers Bobby Gillespie on their C86 track, “Velocity Girl”) and then morphed into a leather-trousered, Stones-referencing, but still twee, indie rock band, boxfresh to tour with The Wishing Stones or The Weather Prophets.

But then the drugs changed and it made sense to hire DJ Andrew Weatherall to remix “I’m Losing More Than I’ll Ever Have”, a Beggars Banquety cut from Primal Scream. Weatherall threw out all but one of Gillespie’s vocal lines, added the loping beat of the era and some sampled Peter Fonda dialogue, and invented baggy, Madchester and indie acid dance rock, all on one 12” single. And Primal Scream, instead of being furious, called it “Loaded” and ran with it. “Loaded” unlocked Primal Scream; it gave them the keys to what became Screamadelica.

As an album, Screamadelica reads like a record collection (and the brilliance of Bobby Gillespie, as well as being his Achilles’ heel, is that he is always led by his record collection). The Stones are in there, in the souped-up Sympathy of “Movin’ On Up”. Roky Erickson’s there, in “Step Inside This House”. There’s dub in Jah Wobble’s megabass. Acid house leaks through everything, as does acid, and house. “Come Together”’s gospel house behemoth sits next to “Damaged”’s comedown country rock. On paper, it sounds like a calculated effort to be different and eclectic, but it worked, well enough to lift the Scream into another dimension (and easily enough to let C86 contemporaries The Soup Dragons bolt The Rolling Stones’ “I’m Free” onto a baggy wagon and have a proper indie dance hit.)

If anything, 20 years on, Screamadelica sounds even more effective. Gillespie never lacked confidence as a frontman, but often the gap between his imagined rock star persona and the skinny, vocally askew reality wasn’t convincing; here, his apparent belief that he is channelling Mick Jagger, Gram Parsons, Sun Ra, Roky Erickson and King Tubby all at the same time is backed up by the aural evidence. And the band are more than equal to the task. From the perfect Stones riffing to the immaculate spacy passages. The production, much of it from Andrew Weatherall, is light and heavy all at the same time.

Weatherall was, naturally, on the bus when Primal Scream toured Screamadelica, as much part of the Scream gang as any musician or dealer. I interviewed Gillespie around this time, and saw them play one of their best shows, most notably throwing “Hey Bulldog” into the set (that record collection is never wrong) and treated Northampton College of Further Education or wherever it was like the Fillmore East. That show isn’t here, but a pretty excellent one from LA is, as well as the “Dixie Narco” EP and an entire planet of remixes, some of which are excellent and some of which verge on the trainspotterly. You will have no pangs of conscience letting your family starve when you update a CD you already have; this is a superior version of the original, even though the promo videos on the DVD seem to have been copied off a VCR from the sale bin at Alan McGee’s local newsagents.

Primal Scream went on after Screamadelica to embrace even more influences, from Can and Neu! to punk and hardcore. Before Screamadelica they were virtually a genre tribute act; after Screamadelica, they could do – and they’re still doing – everything. They are no nostalgia band, and this sense of the future comes entirely from Screamadelica. Meanwhile, in 2011, Screamadelica’s variety, imagination and, in a strange way, generosity continue to astonish.
DAVID QUANTICK

Q+A BOBBY GILLESPIE
What shaped the album?
We only saw it as an album towards the end. It was just a series of singles, b-sides and remixes. But there were three things that shaped it. First was getting a hit with “Loaded” – that gave us tons of confidence. Second,Andrew [Innes] got us to buy an Akai sampler after seeing Andy Weatherall with one. Third was building our tiny studio in Hackney.

Do you ever listen to your old stuff?
I try not to. When we started rehearsing for the Screamadelica tour, I listened to the LP for the first time! I now recall writing “Damaged” after seeing MBV at ULU, making “I’m Coming Down” after playing lots of Pharoah Sanders, and “Higher Than The Sun” after playing African Dub by Joe Gibbs over and over.

How important were drugs to the album?
You never get anything done on acid or E, it’s a fucking disaster. I remember [keyboard player Martin] Duffy coming in for a session, tripping. He ended up lying on his back, pissing into the air. “I’m pissing into the sun, man!” I’ll tell you a secret. I was so wasted on “Slip Inside This House” that I didn’t sing on it. It’s Robert Young’s voice on there!
INTERVIEW: JOHN LEWIS