Five whole remastered discs and a mountain of trinkets. But is it worth a ton?JEEZ, THE SOUND quality is INCREDIBLE. It’s like David Gilmour is playing his acoustic guitar IN YOUR ROOM. You really can hear the strings BUZZ and hear his fingers SCRAPE on the fretboard. You can hear Nick Mason’s drum stool SQUEAK, hear Rick Wright’s Clavinet THROB, and you can actually hear Roger Waters having a BREAKDOWN about two minutes into “Welcome To The Machine”. Amazing. 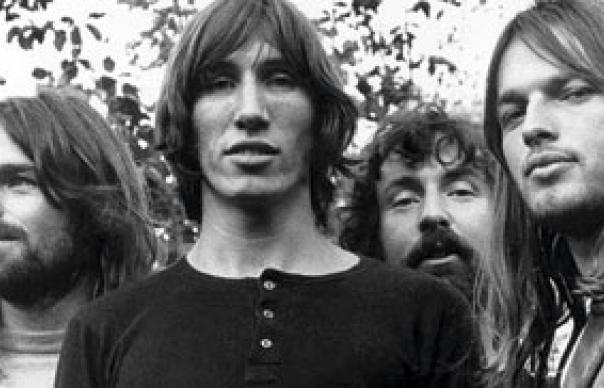 Five whole remastered discs and a mountain of trinkets. But is it worth a ton?JEEZ, THE SOUND quality is INCREDIBLE. It’s like David Gilmour is playing his acoustic guitar IN YOUR ROOM. You really can hear the strings BUZZ and hear his fingers SCRAPE on the fretboard. You can hear Nick Mason’s drum stool SQUEAK, hear Rick Wright’s Clavinet THROB, and you can actually hear Roger Waters having a BREAKDOWN about two minutes into “Welcome To The Machine”. Amazing.

Thing is, I’m not actually listening to the remastered version of this album, just a bog-standard CD – one pressed three remasters ago – played through a modest home stereo. Even my scratchy vinyl version sounds great. In fact, all Pink Floyd albums – certainly everything between Meddle and The Wall – were expensively recorded works that still sound thoroughly impressive on a decent system. It questions the need for these £100 “Immersion” box-sets, where each package contains at least two discs of remastered mixes – 5.1 Surround, BluRay, Quad, etc – that, judging by a playback at the EMI HQ, all sound virtually identical. However, those of you who don’t possess a stereo system worth as much as a house will be pleased to see that this particular package contains more than an hour of illuminating bonus tracks.

Wish You Were Here was, of course, the follow-up to the squillion-selling The Dark Side Of The Moon, and the ensuing pressures of fame are documented in the lyrics, an early example of the little-guy-against-the-corporate-machine shtick that would become Waters’ stock-in-trade. Recording was a tortured process: Floyd nerds will know about the aborted Household Objects project, a brave attempt to create an LP from domestic sounds. Nick Mason’s memoir mentions rhythm tracks made from sawn wood, footsteps and clinking bottles, basslines created from plucked rubber bands. You can hear some of that on the first three minutes of “The Hard Way”, a wonderfully weird extra track on the Dark Side… Immersion box that’s somewhere between the BBC Radiophonic Workshop and a Matthew Herbert experiment.

Here we get a two-minute track “Wine Glasses” – effectively the sound of around half a dozen wine glasses being played, wetted finger to rim, each tuned to a note in an extended chord, and each faded in and out at the mixing desk. It creates a pleasing minimalist drone, not dissimilar to something from Steve Reich’s roughly contemporaneous “Music For 18 Musicians”. There are also two more orthodox outtakes from the WYWH sessions, including an early version of “Have A Cigar”. Instead of the band’s pal Roy Harper doing his best Waters impression as the oily record exec (which is what the band eventually went with), we get Waters and Gilmour in harmony, Waters straining for the high notes and Gilmour a third below him. The song seems too verbose to handle harmonies – besides, Floyd harmonies (on, say “Echoes”, “Us And Them” or “Time”) tend to be handled by Gilmour and Wright – but this still has a distinct appeal.

Floyd obsessives will also know Stéphane Grappelli appears in the fade out of the title track on the original LP. Apparently he was recording a Gershwin tribute with Yehudi Menuhin in another part of Abbey Road, and both fiddlers were gracious enough to guest on separate versions of the song. Menuhin’s take is (probably mercifully) not included here, but Grappelli’s is. It’s a curio with lovely flourishes but, for a jazz violinist who spent much of his career playing similarly bluesy obbligatos with Django Reinhardt, Grappelli sounds slightly meandering and out of his depth.

There’s also the audio of a November 1974 show at Wembley Arena. Nick Kent’s ill-tempered NME review of this gig – criticising the band’s limited musicianship, infantile songwriting and rambling delivery – set the tone for punk’s scapegoating of the Floyd, but it all sounds convincing to these ears. It features an exploratory 20-minute preview of “Shine On You Crazy Diamond”, all flarey drums and organ drones, along with “Raving And Drooling” and “You Gotta Be Crazy”, both of which ended up being reworked for Animals, respectively as “Sheep” and “Dogs”.

What else? There are two audio-visual discs – one DVD, one BluRay – featuring excerpts from the animated films by Storm Thorgerson and Gerald Scarfe that were back-projected during the Wish You Were Here tour. There’s a poster, a replica ticket and backstage pass, two art books, nine coasters, three marbles and, er, a scarf. To buy the entire 100-quid package, you’d have to be a scary Floyd obsessive, or a nutjob (sadly, there’s considerable overlap between the two). However, the two-CD package of the original LP, the live tracks and the studio outtakes seems a good deal.
John Lewis