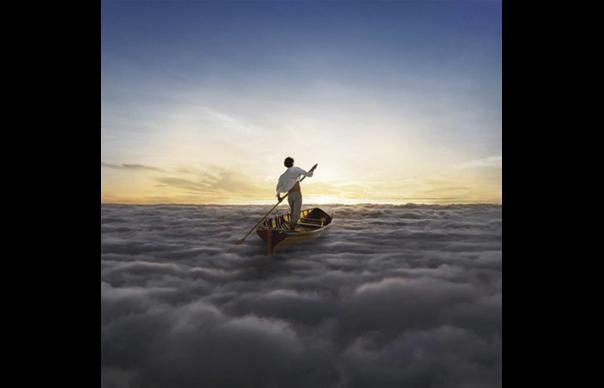 For a group who perhaps personify English reserve, Pink Floyd’s approach to making their first new album in 20 years seems surprisingly open-hearted. The Endless River is ostensibly a tender tribute to the late Rick Wright, whose keyboards have long provided much of the sonic identity of the band, from their days as psychedelic pipers and onwards – with the exception of The Final Cut, ostensibly a Waters solo album anyway – to the tolling of The Division Bell.

The effort put into curating this 55-minute memorial, pairing hours of 21-year-old jams with newly recorded parts, appears considerable – four producers, eight keyboardists and a number of studios were enlisted during its long gestation. And compared to its chillier-named forebears, even the record’s title seems to embrace warmer, hippier ideals, perhaps a sign that this once closed-off band of passive-aggressives have learned to go with the flow and maybe even appreciate each other and what they do best.

As the first of the album’s four “sides” drifts into earshot with a clear evocation of “Speak To Me” from Dark Side Of The Moon – all hushed drones and muffled speech – it certainly seems that way. Side One continues in this comforting, warmly nostalgic vein: the synth and E-bowed acoustic guitar on “It’s What We Do” recall the first few minutes of “Shine On You Crazy Diamond”, even with the same dramatic chord change as the synths blossom. Soon, David Gilmour embarks on a very David Gilmour solo, all yearning melody and bent blue-notes, while Wright digs out his trademark French horn sound. It’s no great departure, but it’s beautifully bittersweet, and very Floyd.

It’s not just the band’s ’70s work that is evoked throughout The Endless River, either. Side Two fades in with Wright’s Farfisa fed through a Binson Echorec, a combination which soundtracked the Barrett-era Floyd and hasn’t been heard for around 40 years. Why Wright decided to bring it back is a mystery, but it’s a perfect example of what producer Phil Manzanera has described as the “part documentary” aspect of the album.

The middle sides are more experimental, and consequently more uneven, with the second marred by a stiff drum solo from Mason. On Side Three, however, the galloping blues of “Allons-y” is bisected by Wright beautifully playing the Royal Albert Hall organ in 1969, with new Gilmour parts answering his lines. It’s reminiscent of the hymnal solemnity of “A Saucerful Of Secrets”, and one of the record’s highlights.

Though in truth nothing here is as inspired as “Echoes”, “Astronomy Domine” or even “Comfortably Numb”, The Endless River’s success as an immersive listening experience is all in the edit. The level of sonic detail across the four sides is staggering, a testament to the effort put into weaving these ragged offcuts and newly recorded additions into one seamless tapestry, that winds through the band’s back catalogue towards its climax.

That elegiac conclusion, “Louder Than Words”, takes up half of Side Four, and when Gilmour’s vocals come floating in, it’s a surprise. “We bitch and we fight/Diss each other on sight/But this thing we do…” he sings over a stately ballad that could have been a highlight of The Division Bell. “[We could] stay by the fire/Failed by desire/Stoking the flames/But we’re here for the ride…”

It’s a surprisingly moving finale, and a fitting tribute to Wright. And yet, The Endless River as a whole is more than that. With its flashbacks to their past glories, it’s also a memorial to Pink Floyd as a group, a glimpse of what’s been lost and what could have been. From Polly Samson’s lyrics, and Stephen Hawking urging us to “keep talking”, to the opening clip of Wright discussing “things left unsaid”, almost every word on The Endless River is about communication, and it serves to highlight just how bad the members of Pink Floyd have been at it, historically. Why they waited until Wright’s death to make another album is one of many questions that remain unanswered.

Though it’s the end, then, this isn’t goodbye – that already happened at Hyde Park in 2005. The Endless River is a transmission from the afterlife of the group, an echo from the past. That it far surpasses its cut-up, protracted origins, and might even be the best thing the Floyd have released for over 30 years, is a welcome surprise.

So, with a grand Gilmour solo, a departing wave of ambient noise and the same synth arpeggio that kicked things off almost an hour before, the record, and Pink Floyd, bow out. As always, with a little quiet desperation, but a lot of grace.
Tom Pinnock