Stoner comedy from Superbad writers - with bloody brawls and shootouts! 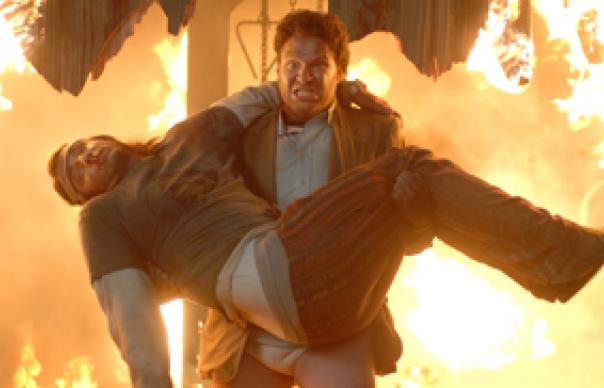 PT Anderson, the Coens, Linklater, Tarantino… most US indie scene-makers have dabbled in pot humour. Even so, it’s a surprise to find David Gordon Green – the man behind patently sincere, sometimes painfully poetic vignettes like George Washington and All the Real Girls – signing off on what can only be described as a stoner action comedy, oxymoronic as that may sound. It’s not the drugs, it’s the notion that Green is directing car chases, shoot outs and bloody brawls – and evidently having the time of his life.

As with their screenplay for Superbad, Seth Rogen and Evan Goldberg have put a brazenly rude spin on a classical structure. In this case, a pair of dopers (Rogen and James Franco) go on the run from gangsters, stopping only for a couple of tokes, an unfortunate visit with a shifty friend (a memorably two-faced Danny McBride) and a dinner date with Rogen’s underage girlfriend and her conservative parents. They’re unimpressed, as parents will be, but there’s plenty of comic traction in the film’s weird staccato rhythm, the loose, natural interplay of Freaks & Geeks costars Rogen and Franco, and jarring injections of gross-out violence. It’s a good time, if not necessarily a night to remember.