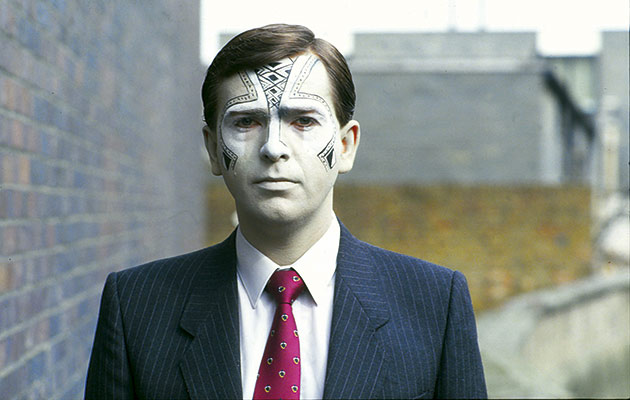 After leaving Genesis in 1975, Peter Gabriel’s first instinct was to put as much daylight as possible between himself and his former band. Each of his first four solo albums snipped away at the strands of DNA connecting him to Genesis until, following the release of Peter Gabriel 4 in 1982, Gabriel had successfully reinvented himself as an idiosyncratic art-rocker.

These are significant records, and all four have been remastered and reissued on 180g vinyl as limited-edition double albums, playing at 45rpm (the third and fourth are also being re-released in their German vocal versions, for anyone who yearns to hear “The Family And The Fishing Net” in Deutsch).

The first two albums most obviously reflect the aftermath of leaving Genesis. On Peter Gabriel 1, released in 1977 and colloquially known as “Car” after Hipgnosis’s cover image, Gabriel’s personal and professional rebirth is explicitly referenced in rousing hit single “Solsbury Hill”, where he cries freedom in 7/4 time. But a sense of creative unshackling is also apparent in the range of musical ground covered. There are styles here absent from any other Gabriel solo record: barbershop and flapper-jazz pastiche (“Excuse Me”), three-in-the-morning piano blues (“Waiting For The Big One”, on which he sounds very like Randy Newman), and frantic disco-funk (“Down The Dolce Vita”). Yet this appealing but rather odd record also forays into the territory Gabriel will subsequently stake out more rigorously – most notably the closing ballad “Here Comes The Flood”, which is overcooked here but will later become a centrepiece of Gabriel’s live show.

Robert Fripp played on “Car” and is promoted to producer on Peter Gabriel 2 – aka “Scratch” – released in 1978. It’s tighter and more focused than its predecessor. “On The Air” and “DIY” have a streamlined new wave directness, and Roy Bittan’s piano adds a fresh, distinctive texture, particularly on the airy “Mother Of Violence”, but Gabriel still hasn’t forged a coherent musical identity. He bounces from jokey reggae (“A Wonderful Day In A One-Way World”) to Plastic Ono Band intensity (“Flotsam And Jetsam”, “Home Sweet Home”), while “Animal Magic” sounds a bit like the theme tune to Minder.

The tonally rich experiment of “Exposure”, meanwhile – on which Gabriel mumbles and shrieks over Fripp’s esoteric guitar loops – points towards Peter Gabriel 3, or “Melt”, released in 1980 and heralding the fully fledged emergence of Gabriel as art-rock trailblazer.

Producer Steve Lillywhite had been working with Siouxsie & The Banshees, and his enthusiasm for post-punk experimentation helped shape a record on which many terrific songs (the Bowie-esque funk-rock of “I Don’t Remember”, the electro-soul of “No Self Control”) are greatly enhanced by a vaulting spirit of adventure. Gabriel’s ban on cymbals and the cavernous stone room at Townhouse Studios colluded to create a monolithic drum sound, unveiled to formidable effect on opener “Intruder”, which finds Gabriel at his most menacing as the stalker who “likes the touch and the smell of all the pretty dresses you wear”.

Lyrically, the album is full of shadows. “Family Snapshot” is a beautiful three-part epic about an assassin’s craving for notoriety, hot-housed by childhood alienation. Despite Kate Bush sighing seductively in French, the album’s big hit, “Games Without Frontiers”, is an icy Cold War nursery rhyme, and hardly commercial catnip. On “Lead A Normal Life”, Gabriel sings about life in a psychiatric institution with the baleful vulnerability of Robert Wyatt.

The closing “Biko” is his first overtly political song, depicting the 1977 murder of anti-apartheid activist Steve Biko. The track’s message tends to dominate, but the medium is pretty impressive, too, Gabriel conjuring an atmosphere of dread with a stark backing of brooding drums and streaks of distorted guitar.

This arid sonic landscape is reprised on “The Rhythm Of The Heat”, the first track on his fourth eponymous album, released in 1982 and titled Security in the United States. Here is the emergence of Gabriel as world music avatar. Feverish and dream-like, “The Rhythm Of The Heat” deploys Ghanaian drums in its clattering finale. Elsewhere there are Latino rhythms (“Kiss Of Life”), pulsing evocations of Native American struggle (“San Jacinto”), and, on “Wallflower”, an empathetic hymn to political prisoners in South America.

Alongside these stirring songs of social conscience, something else is occurring. The repetitively funky US hit “Shock The Monkey” acts as prelude of sorts to what will come next: “Sledgehammer”, So and the final act of Gabriel’s transformation from Lawnmower Man to global pop star.

Q&A
Steve Lillywhite
Describe the mood while you were making Peter Gabriel 3.
The album is very dark and when you listen to it you get the sense of furrowed brows, but the overall feeling was absolute joy – other than the usual Peter thing of not quite finishing his lyrics on time! The table tennis matches between me, [engineer] Hugh Padgham and Peter were legendary. There were basic ground rules: no presets on the computer; no cymbals; basically, anything that had come before was not allowed. He was fearless, he wanted to push things sonically.

How did that famous ‘gated’ drum sound emerge?
The Townhouse had this amazing stone room, plus the new SSL desk had compressors on them. It was a perfect storm. Peter will say he invented that drum sound, Hugh will say he did, and I will say I did. It was a group effort, but I had been using that idea before.

Amazing to think his US record company, Atlantic, refused to release the album and dropped him…
His A&R man at Atlantic would come to the studio to listen, and we would turn the air conditioning to freezing just before he arrived because we didn’t want him to be comfortable or stay that long. Isn’t that awful! It was schoolboy humour, it wasn’t malicious. So maybe that didn’t help…
INTERVIEW: GRAEME THOMSON