The making of “The Modfather”, and a turning point for British rock 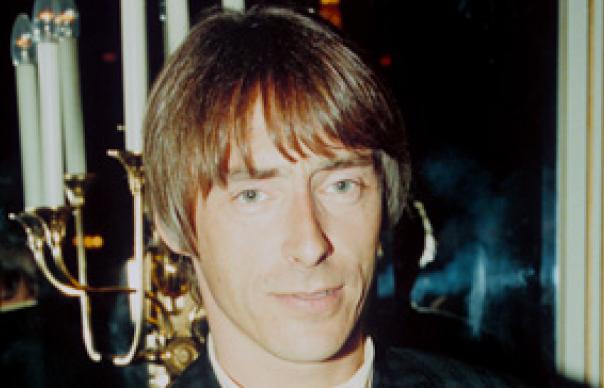 “Knowing, just where you’re going?” It’s not always that easy. In 1993 British rock was at a particularly unattractive crossroads. With grunge motoring in from the West and techno building a whole new autobahn for the pop nation to travel down, the demand for sharply dressed young men with guitars was at an all time low. The NME even dedicated an entire issue to what music might sound like in 2003 –a nightmarish vision where people in Tibetan headwear enjoyed virtual sex to Banco De Gaia.

Paul Weller, however, had other ideas for pop’s future. Buoyed by the critical reaction to his solo debut, he repaired to the Manor studio’s in Oxfordshire in April ’93 with plans to summon up the bucolic spirit of Traffic, John Martyn and Neil Young.

Risky move, then. But Weller had several aces up his sleeve. With the jazz-funk noodlings cut to a minimum (“Instrumental One”), Weller delivered a set of pithy pop songs stripped of all unneccessary clutter, ably assisted by newly recruited sidemen, Ocean Colour Scene’s Steve Cradock and Damon Minchella. If the shaggy fuzz-rock of “Has My Fire Really Gone Out?” and “The Weaver” were reminders of his contrary spirit -not least the latter, where he barks “I put paid to the Rocket Man!”, the nostalgic mood hit a nerve with both lapsed Jam fans and young upstarts Blur and Oasis.

More than a decade on, Wild Wood (accompanied here by a second CD of typically focused demos) still smells as fresh as newly cut pine. “Country” steals redemption from despair in under there minutes; “Foot Of The Mountain” still kicks-in like a Camberwell carrot on a hot afternoon. Above all, however, it’s Weller’s unshakeable self-belief which marks Wild Wood out as a landmark in British rock. Within a year of it’s release in Spetember ’93 grunge would be over, Britpop would be in full swing, and fears of rock’s demise dismissed as a bad dream. Weller would even have acquired a new nickname.

UNCUT: How did you formulate your ideas for Wild Wood?

“When I finished recording my first solo album I still had quite a few songs left over, they were just flowing out of me. I remember going into Black Barn studios and recording demos of ten or twelve tracks. Straight away I knew I was onto something.”

What were you listening to at the time?

“I’d started really getting into Traffic. The second album, particularly. Also John Martyn. For the first time it felt like I didn’t have this weight of expectation on me to write sionge in a certain style, which was always there with The Jam and The Style Council.

How do you rate it?

”It’s a special album for me. From being an anachronism, suddenly it felt like everyone was coming around to my way of thinking. Not that I can take any credit for it -there was just something in the air.
Why the dig at Elton (“I put paid to the Rocket man”) in ‘The Weaver’?
“I was just having fun. It was never really a dig at him, bless his cotton socks. “