PAUL WELLER – WAKE UP THE NATION

Eclectic, hard-hitting brilliance at a breathless pace: the Modfather looks to rock’s future on his 10th solo album... 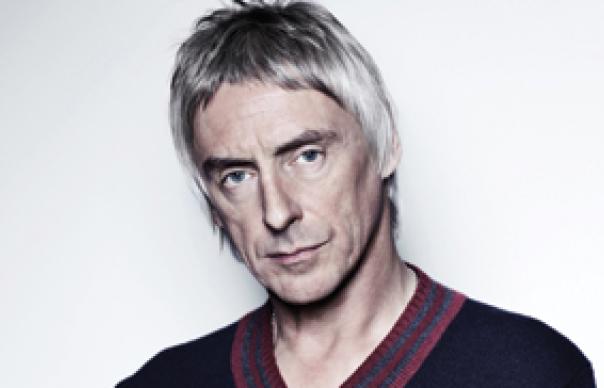 When Paul Weller released 22 Dreams in 2008, there was a wonderful review in The Independent that said (more or less): “I didn’t like The Jam, I hated The Style Council and Weller’s solo career leaves me cold. However, I have to admit 22 Dreams is a masterpiece.”

That review told us two things. One: that Weller, as he entered his fifties, was a deceptively multifaceted artist capable of wrong-footing those who had pigeonholed him. And two: if you strip away the baggage and disregard personal history, Weller’s music really can, and does, speak for itself.

Although he’d stayed fairly faithful to a gritty, two-guitar rock style for 15 years, 22 Dreams made it clear that another nine-tenths of Weller’s musical iceberg had been lurking beneath the surface. One of those LPs you need a lot of hyphens to describe, the folky-jazzy-Celtic-pastoral 22 Dreams was a 69-minute headtrip into almost every recess of the Weller record collection, and was hailed as his White Album.

But this intrepid, metamorphic Weller hadn’t materialised out of thin air. Six years earlier, Illumination had been notable for a few curious diversions, like the Bengal-spiced intermezzo “Spring (At Last)” and the sampladelic “It’s Written In The Stars”. And if you want to go back even further, your friendly local Style Council completist will probably buy you a cappuccino and rave about some experimental B-side from 1984. Weller was never as tunnel-visioned as his enemies liked to claim.

Indeed, when “7 & 3 Is The Striker’s Name” (a download-only single featuring Kevin Shields on guitar) debuted on YouTube last November, its harmonic eccentricities and bamboozling beats seemed to suggest Weller was now making experimentation his top priority, to the extent of veering off into digital mash-up territory. “7 & 3…” sounded like Primal Scream’s Xtrmntr in a three-way collision with Blur’s “For Tomorrow” and an avant-garde ‘piece’ by Faust involving chisels and a foundry. Now, months later, “7 & 3…” reappears on the truly eyebrow-raising Wake Up The Nation, an album that goes a long way to differentiate itself from its predecessor in sound, texture and atmosphere.

Harsh and metallic, with Weller’s voice often submerged in a dangerously overloaded mix, it’s an album that even longtime fans will take some getting used to – though you could argue it channels similar energy to a brief sequence in 22 Dreams’ second half (from “Push It Along” to “Echoes Round The Sun”). The attitude here is quite different, however.

Whereas 22 Dreams had time to recline on the grass and watch the sky drift by, Wake Up… has the unmistakable claustrophobia of the city. Weller and his producer/collaborator Simon Dine (Noonday Underground) have shoehorned 16 songs into a quickfire 40 minutes. Three of the first six are faded out before they reach two minutes, and not until the eighth (“Find The Torch, Burn The Plans”) is the three-minute mark exceeded. The album’s production has a Pro Tools-y, sound-collage feel; even the “sha-la-la” choruses are mockingly twisted. If you can imagine the stereo picture, your peripheral vision is constantly aware of clicks, whirrs and squeals: the stress-inducing city din that seeps in through your ’phones even as you turn up the iPod in search of blissful privacy.

What this means in practice, is that when Weller’s songs refer back to the ’60s and ’70s, they don’t sound like affectionate homages, but instead place Weller squarely in the context of artists seeking to give rock a future in the 21st century. The title track may find Weller in a Keith Waterhouse sulk (“Get your face out of Facebook and turn off the phone”), but there’s nothing reactionary or nostalgic about the chemical guitar sounds fizzing around him. This remains true whether the song is coming from a new wave angle (“Fast Car/Slow Traffic”), or Chris Farlowe-style balladry (“No Tears To Cry”), or psych blaxploitation (“Aim High”) or deconstructed Mott The Hoople (“Moonshine”). And while the Revolver-era Beatles are an abiding influence (“Andromeda”), there are other tunes, as with 22 Dreams, which you’d never guess were Weller in a million years. One waltzy keyboard interlude (“In Amsterdam”) could be Steve Nieve jamming with Boards Of Canada. Another instrumental (“Whatever Next”) paints a gorgeous pop rainbow for 2010 by creatively realigning the same instruments (Mellotron, recorder) that Brian Jones used in 1967. Elements of Keith Tippett, The Grateful Dead and even Radiohead flash momentarily into focus as one tries to come to terms with Wake Up The Nation’s breathless pace.

Weller and Dine are both multi-instrumentalists, so there aren’t many featured musicians. Famous drummers Bev Bevan and Clem Cattini help out, and it’s lovely to hear Bruce Foxton (with whom Weller has finally been reconciled) playing bass on two tracks, including “Fast Car/Slow Traffic” which was absolutely made for him. It’s tempting to view Foxton’s involvement as a stepping-stone to a full-scale Jam rapprochement, but Weller doesn’t think like that. We mustn’t assume, just because he’s started turning up to awards dos, that he’s gone soft or forgotten old grudges. He sounds teeth-grindingly angry in places on Wake Up The Nation, prone to spitting poison at unidentified targets. But then again there’s “Trees”, possibly the most unusual song of his career, which comes from a softer place. It begins like a girl-group beehive boogaloo and passes through several stages including a space-age bachelor-pad croon, a riff reminiscent of “Jumpin’ Jack Flash” and a section with echoes of Spirit’s “So Little Time To Fly”. All this in four minutes. Apparently Weller wrote the extraordinary “Trees” about his father, John, who died last year.

It’s debatable whether the Weller of Stanley Road would have approved of his new album. Not organic enough, mate, he might have snapped. Too clever by half. But the modern world can be trusted as well as mistrusted, and Weller is complex enough to understand the paradox. He is now officially on a hot streak.
DAVID CAVANAGH