A wistful Weller takes stock at 60, with the help of  strings and special guests 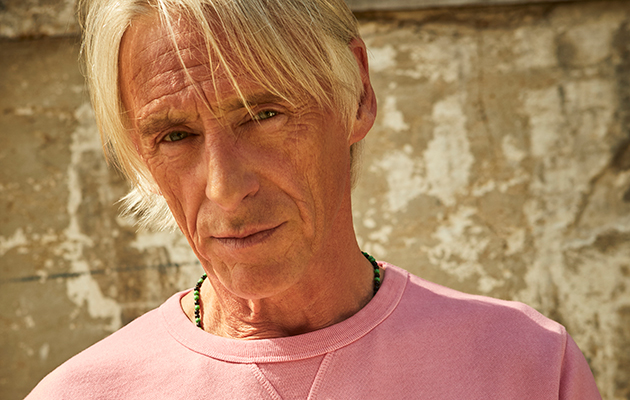 THe past decade of Paul Weller’s career has been defined by his drive for change. From the varied beats of 2008’s 22 Dreams, through the electronica of Sonik Kicks and on to last year’s easily overlooked experimental soundtrack to Jawbone, there’s been a restless desire for new sounds. While that’s been exciting to witness, it’s also sometimes overshadowed the fact Weller is still an exceptional songwriter. There are times, perhaps, when less might have been more – so a song like the gospel-tinged “The Cranes Are Back” on 2017’s A Kind Revolution lacked some of the immediate beauty of the original demo, which featured little more than vocal and piano.

For True Meanings, Weller hasn’t quite stripped things back that far, but he has produced his most sonically consistent album in years. Each song began as vocal and acoustic guitar, but a sense of dynamic was added by the use of strings or horn arrangements, giving the album a backwash of luscious and uncomplicated beauty. At times, these can be relatively subtle, as on opener “The Soul Searchers”, where the strings are just an added layer of texture and not as important as the Hammond solo played by Rod Argent – one of many guests on the album. Elsewhere, the strings are more prominent. The gorgeous “Gravity” swings by like a 1920s waltz, while “May Love Travel With You” has the orchestral feel of a classic Tin Pan Alley weeper explicitly designed to get a post-war housewife sobbing into her onions.

Although most songs take the shape of soul or occasionally country, there are other flavours. The most significant is the use of sitar and tampoura on “Books”, a splendid drone attacking religion that also has Noel Gallagher on harmonium. The other big innovation is that on four songs Weller writes tunes for other lyricists. Conor O’Brien from Villagers wrote the words to “The Soul Searchers”, while “Bowie”, “Wishing Well” and “White Horses” are by Erland Cooper, who recently released an acclaimed solo album. Weller’s own solo albums have always been a medium for collaboration, and True Meanings has appearances from Martin Carthy, Danny Thompson, Rod Argent, Barrie Cadogan, Lucy Rose and, inevitably, Noel Gallagher.

The use of strings isn’t simply a decorative conceit. They catch the album’s mood of wistfulness, a nostalgia that the strings sometimes shade as melancholic, sometimes joyful and sometimes joyfully melancholic. Weller turned 60 in May, and that milestone as given him reason to look back just as turning 50 inspired his creative renewal with 22 Dreams. On the delicate, Disney-like “Glide”, he sings about gliding “through a portal to be youth” and how he will “see the memories unfold”, while “May Love Travel With You” opens with him “combing through the years”. “Take me back there again/Let me feel the same way,” he pleads on “Mayfly”, a slice of gorgeous soul that harks back to Stanley Road.

The theme of ageing finds a rich extended metaphor in the jazzy “Old Castles”, on which Weller pictures a Lear-like king in a crumbling castle, wracked with self-doubt. On the simple “Bowie”, Erland Cooper contemplates the mortality of the immortal, while Weller affects a mildly  off-putting imitation of the titular singer.

Not that Weller is past it, yet. The pastoral “Come Along”, which features Martin Carthy on guitar and Danny Thompson on bass and was cut live, has Weller as an assertive lothario: “Come along and be my baby/Though we’ve only met/I just wanna take you home and/Let nature do the rest.” That song hints at slightly illicit sex, and it’s not the only song to cover that territory. Best of these is “What Would He Say?”, which has a country tone and a beautiful mournful flugel horn solo. On True Meanings, Weller has a lot of love to give, but it’s not always clear who is getting it.

The final songs see him reassert his place in the world, seeking comfort in  the familiar. On the organ-rich, gospel-tinged “Movin’ On”, he’s adamant that “I’ve got love all around, I don’t need nothing else,” while the elegant “White Horses” sees him take solace in the sanctuary of home. “Time flies/And it’s lonely alone,” he sings, content about where the journey of life has taken him. “White horses are taking me home.”