A sprightly Modfather, bringing it all back home on another career-high solo album... 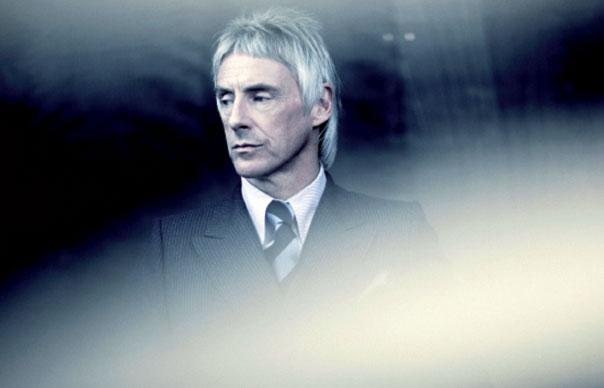 A sprightly Modfather, bringing it all back home on another career-high solo album…

The clues to where Paul Weller is now lie in the final two tracks on his eleventh solo album. The penultimate “Paperchase” throbs sleepily like Blur’s “Beetlebum”, and looks quietly aghast at a modern-day Icarus, ‘Flying too close to the solar flames’, out of step, blind to love. ‘Was the Earth not enough for you,’ Weller accuses? ‘No, the Earth wouldn’t do’. It’s about Weller’s view of himself while drunk, a note to self from a man confessing to a serious problem. Most of us knew he liked a bevvy or two. Few of us grasped that, in Weller’s words, ‘The writing was on the wall.’

Compare and contrast with the closing “Be Happy Children”, a blue-eyed soul ballad based around an insistent, optimistic piano line that recalls Dobie Gray’s northern soul anthem “Out On The Floor”. It takes its cue from the death of manager-father John in 2009, but rejects grief in favour of cycle-of life positivity, employing Weller’s daughter Leah and son Mac as vocalists, urging the babies to look to the adventure of tomorrow while understanding that both Dad – and granddad’s spirit – will always be there to keep them safe. “Be Happy Children” closes an album that also features lyrics from Weller’s daughter Jessie (“Dragonfly”) and a vocal contribution from wife Hannah on the Augustus Pablo-esque love song “Study In Blue”, and is released just weeks after the birth of twins John Paul and Bowie. The message seems simple and unavoidable: when a man becomes lost, he must take solace in family. Sonik Kicks is Weller’s bringing-it-all-back-home album.

Nevertheless, in keeping with the energy and eclecticism of Weller’s stunning return to form since 2007’s 22 Dreams and finding a new creative foil in Noonday Underground’s Simon Dine, there’s much more to Sonik Kicks than tributes to the folks back home. Weller changed his lyric-writing M.O. for this record, eschewing his usual thematic literalism for attempts at cut-up-style impressionism. The finished album has also changed dramatically from the first version completed in March 2011, which Weller rejected as ‘too full-on’. Four tracks (due to surface as bonus tracks and B-sides) were removed and were replaced by the bucolic “Sleep Of The Scene” and “By The Waters”, a gentle two-track retreat from the rest of the album’s reckless fusions of Krautrock, Blur, post-punk and goth with restless psychedelic experiment and guest spots from old friends Noel Gallagher, Graham Coxon, Aziz Ibrahim, Sean O’Hagan and loyal lieutenant Steve Cradock.

Much has already been made of Weller’s recent discovery of Neu! and one suspects that Sonik Kicks will inevitably be dubbed Weller’s ‘krautrock album’. In truth, accomplished takes on Neu!’s gleaming motorik rhythms and sonic mischief are only present on opener “Green”, “Dragonfly” and “Around The Lake”. Elsewhere, the references are more unlikely and probably accidental, with “Drifters” coming on like PiL having a stab at “Sixteen” by Buzzcocks, “Kling I Klang” oompahing away like a Balkan rave combo covering The Clash’s “Know Your Rights”, and irresistible midlife-crisis satire “That Dangerous Age” bolting early Who and The Great Escape-era Blur onto a rhythm and riff happily reminiscent of “She Drives Me Crazy” by Fine Young Cannibals.

Sonik Kicks feels like an album defined by its makers’ love of the present and excitement about the future, where even ponderings on the wars in the Middle-East (“Kling I Klang”) or a death in the family are accepted as the darkness you need to balance the light, and where death is always balanced by birth. As Weller intones among the crazed stereo pannings on “Green”: “I’ll be backing/Hip young breed”. See Weller at home, still dapper and modernist, surrounded by kids and tripping on their energy. The kids know where it’s at, and so, in this career-high purple patch, does Paul Weller.
Garry Mulholland

Q&A
Paul Weller
You scrapped the original version of Sonik Kicks and made some fairly radical changes…
The first version wasn’t doing what the title said, it wasn’t sonic enough and it wasn’t kicking. Stan (Kybert) really turned it round in the mix. He was just ruthless with it and cut back a lot of stuff, making it cleaner and harder. All that extreme stereo sonic trickery on “Green” was down to Stan. And that crystallizes Sonik Kicks to me. I wouldn’t have been clever enough to think of it or do it.

How big a part is co-producer Simon Dine playing in this purple patch?
A massive part on Wake Up The Nation. I was a lot more involved in this one. I was much more on it. It’s from being sober as well. This is probably the first album I’ve made where I’ve been sober for fuck knows how long.

So giving up alcohol is a big life decision for you?
Yeah. I feel I’ve sort of turned things round. It was getting a bit too much and the writing was on the wall for me, really.

You must be one of the few people on the planet who can get a member of Blur and a member of Oasis to play on the same album…
Yeah. I’m the punk rock Henry Kissinger.