PAUL SIMON – SO BEAUTIFUL OR SO WHAT

Harsh words, softly spoken: the gospel according to Paul... 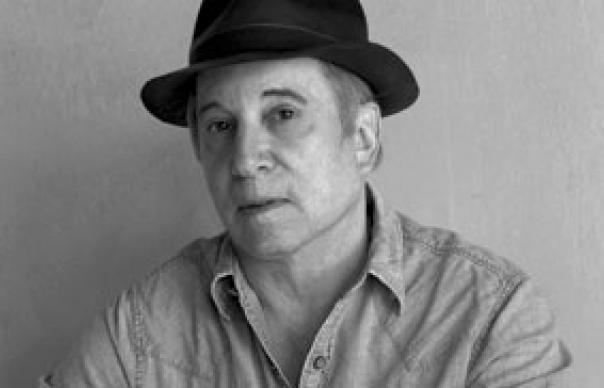 Paul Simon’s huge contribution to pop hasn’t always been acknowledged. Yet, as a songwriter, he is as significant as any of The Beatles, a point which becomes more obvious as pop revisits its folk roots. Listen to Fleet Foxes’ “Helplessness Blues”, and what you hear is a sweet echo of Simon and Garfunkel; an acerbic emotion gently expressed, a certain wistfulness, and a sense that the singer is aware that his complaints may be insignificant in the grand scheme of things.

Of course, Simon himself has travelled a long way from that. Since introducing Afrobeat to mainstream pop with Graceland, his career since has shown admirable restlessness. For his last album, Surprise, he did what artists in need of external stimulation do: enlist Brian Eno. In truth, it didn’t work. Surprise sounded like a fight between the instincts of the two opinionated men.

Oddly, Simon’s inspiration for So Beautiful Or So What comes from one of Surprise’s failures. “Everything About It Is A Love Song” was a skittish collage in the style of David Gray, but the technician in Simon appreciated the song’s melodic shifts. More significantly, for the new album he decided to change his working methods. He stopped building songs from rhythms, and returned to writing with a guitar on his knee. Producer Phil Ramone, who worked on most of Simon’s good records, starting with “Me And Julio Down By The Schoolyard”, was enlisted.

Clearly, the chemistry still works. From the opening “Getting Ready For Christmas Day” to the valedictory title track, this sounds like classic Paul Simon. The voice is upfront, the melodies adhesive, and there’s a real sense that the singer’s writing has clicked into focus. Some of Surprise was soft to the point of being slushy. Here, he’s telling stories, throwing narrative shapes, and twisting his songs into the service of a bigger idea. Almost every song is preoccupied somehow by God.

Not that he’s preaching. You’d be hard-pressed to ascertain where Simon stands on the matter of religion by listening to “Questions For The Angels”, in which a lonely pilgrim confronts a Jay Z billboard by the Brooklyn Bridge. “Who believes in angels?” Simon sings, “fools do”. On “Love Is Eternal Sacred Light” – a blues guitar, a battered tambourine, and a sample of Sonny Terry’s harmonica – he muses on the nature of evil, even assuming the voice of God, before the song turns to joy as the narrator tunes into gospel radio. And in “The Afterlife” – a Bo Diddley/Buddy Holly shuffle – a dead man finds himself queuing for admission to heaven, only to be struck almost dumb on coming face-to-face with God: “All that remains is a fragment of song – be-bop a-lula…”

A joke on a lifetime spent in the service of rock’n’roll? Maybe. But Simon’s contribution to the form is his ability to engage emotion and intellect without making the effort obvious. He’s a reporter on the human condition, a soul singer employing the manners of pop. And the beauty of So Beautiful Or So What is the way its complexities are made to seem simple: the electronic drum parts contributed by Grizzly Bear‘s Chris Bear, the Southern harmonies of bluegrass veterans Doyle Lawson and Quicksilver, all of it blends into the whole, adding grit, but not friction, to Simon’s slippery melodies.

Mostly, what you get is that voice, effortlessly sunny, conversational, and questioning, but delivering a strangely barbed message. Consider the closing song, “So Beautiful Or So What”. It begins with the singer making dinner. He then tells his kids a bedtime story. And the song ends, quite shockingly, with the assassination of Martin Luther King. As ever, Simon’s work is a strange mix of easy and uneasy listening – it’s balm, but it leaves an itch.

Also this month, Bridge Over Troubled Water (Columbia Legacy; 4 stars) receives a deluxe reissue in time for the 40th anniversary of the record’s release. The album itself is no different from previous versions, though it does sound oddly peppy and almost experimental in places.

Two extra songs were recorded at the original sessions, but Simon objected to one (a Bach-inspired number) and Garfunkel to the other (a political pop song). Neither is included. But the additional DVD does add interesting context. It includes the Songs Of America CBS television special from 1969; an accidentally controversial broadcast, which ran film of Bobby Kennedy’s funeral train over “Bridge Over Troubled Water”, adding political context to a song which Simon feared was too lyrically simple to succeed. Of course, the simplicity made the song a universal hymn of friendship.

A new documentary, The Harmony Game, frames the album as the work which finally allowed the duo to move away from their original aim; mimicking the Everly Brothers. Producer Roy Halee began to record their voices independently, and with his mastery of echo helped shape their music into something which aimed to compete with The Beatles’ sonic experiments. Listen hard, and you’ll hear compressed xylophones, distorted handclaps, and, just after the last echo fades, the sound of Simon and Garfunkel growing apart.
Alastair McKay