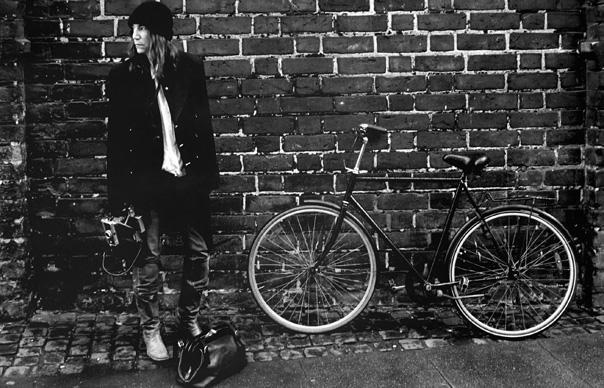 “Patti Smith was the president of a fan club that had just one member,” wrote Luc Sante earlier this year, reminiscing about the artist’s nascent early 70s notoriety, “but a hundred idols.” Now in her 60s, releasing her eleventh studio album, this habit of passionate devotion clearly hasn’t deserted her. Reporting from the Banga launch party, Uncut’s Michael Bonner told of how while chatting to Patti, he quickly became aware of the “symmetries, references and associations that resonate through the album – among them, the lives and achievements of artists, explorers, A-list film stars, emperors and saints”. And so you won’t be surprised to find that the cast of Banga quite naturally includes Amerigo Vespucci, Amy Winehouse, Maria Schneider, Johnny Depp, Nikolai Gogol, Andrei Tarkovsky, Sun Ra, St Francis of Assisi and Neil Young. Not to mention Pontius Pilate’s dog.

But the star of show is quite obviously Patti Lee Smith. Talking on a CBS breakfast chat show ahead of the release of “April Fool” she talked of how, when she first saw Jim Morrison as a teenager, her gut reaction, beyond rapture, bliss or lust was a mysterious, premonitory “yeah, I could do that”. It’s this casual chutzpah, the determination of the beanpole South Jersey schoolgirl to take the stage, carry the torch, quite naturally, undeferentially consider poets, painters and matinee idols, not just icons but conversational peers, that is still the most punk thing about her.

The title track, and finest moment on the album, is a classic example of Smith’s radical democracy of reference. The song is named after Pontius Pilate’s dog as depicted in Bulgakov’s The Master and Margarita (the novel that inspired “Sympathy For The Devil” as well as sundry lesser tracks by Pearl Jam and Franz Ferdinand). Smith finds in Banga a symbol of enduring faith, a dog who stayed loyal and loving to its notorious master through his long torment following the crucifixion. In a stroke of absurd genius she chooses to marry this tale to a pounding revamp of the Stooges’ “I Wanna Be Your Dog”, and somehow alchemically transforms it from the anthem of scuzz-rock self-abasement into something heroically long-suffering and even noble.

The trials of keeping the faith might be the key theme to the record. The album opens with “Amerigo”, a stately, string-swathed song told from the perspective of the first European voyagers to America. Commanded to baptise the heathens, they are instead impressed by the lovely liberty of the native Americans: “such a delight to watch them dance, free of sacrifice or romance”. It closes with a simple, plaintive take on “After The Goldrush”, Neil Young’s Silent-Running-style dream of elect spaceships fleeing the wasteland of the earth. With help from a schoolkid choir, Smith updates the coda to “look at Mother Nature on the run in the 21st century”.

The betrayed promise of America and the despoiled Eden of the New World hang heavy over the album, and on many songs Smith casts her self as some oracle in reverse, attempting to justify the ways of man to God. Funnily enough this doesn’t stop it from being in many ways the sweetest album she’s ever recorded: “April Fool” is heavy with references to Gogol, but is rendered as light as a spring breeze by a shimmering, serpentine solo courtesey of long-time associate Tom Verlaine. “This Is The Girl”, the elegy for her fellow disciple of Ronnie Spector, Amy Winehouse, is a twinkling piece of 50s Lynch-pop drenched in blood and wine, making literal Brian Wilson’s ambition of composing “teenage symphonies to God”.

By contrast the more ambitious numbers don’t always come off: “Tarkovsky” is an endearingly mad attempt to splice her poem “The Boy, The Beast and The Butterfly” to a riff from Sun Ra’s “The Second Stop Is Jupiter” which doesn’t quite fulfill its promise, while “Constantine’s Dream” is a dense meditation on the competing vocations of art and faith, via the lives of Francis of Assisi, Emperor Constantine, painter Piero della Francesca and Christopher Columbus that feels a little academic. These songs are too studious, feel too much the product of Smith’s evident scholarship, rather than her radical wildness. At her best, and across much of Banga, Patti Smith still dramatises the distance between South Jersey and the San Francesco basilica, the street tussle between the poet and the factory girl, the devotion of the mongrels of faith for the betrayers of salvation.
Stephen Troussé