A band’s lonely life on the road explored 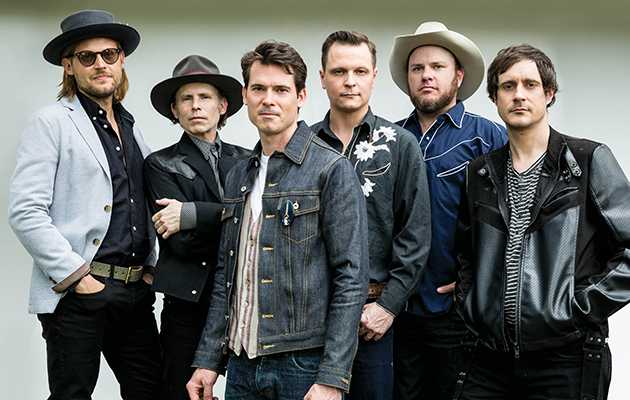 Old Crow Medicine Show played their first notes together 20 years ago, but their roots extend back even further, with founding members Ketch Secor and Critter Fuqua travelling up and down the East Coast playing with anyone who wanted to jam. In 2000, the band were busking in Boone, North Carolina, when Doc Watson heard them and invited the band to play his annual MerleFest. Since then, Old Crow have enjoyed a long and auspicious career,  even scoring an honest-to-god hit with “Wagon Wheel”. Secor based it on an old Bob Dylan bootleg when he was just a teenager, and the band recorded it for  their 2004 self-titled debut. Nearly a decade later Darius Rucker had a No 1 country hit with his cover; Dylan liked it so much he gave Old Crow another scrap of lyrics, which became “Sweet Amarillo”, off 2014’s Remedy.

Old Crow are innovators as well as traditionalists, a string band who can release a song-for-song cover of Blonde On Blonde and back Kesha on CMT Crossroads. That has allowed them to endure a series of trends in roots music, including the O Brother… revival in the early 2000s and the string-band surge a decade later. While Mumford & Sons and the Avett Brothers briefly overshadowed the band (even playing with Dylan at the 2011 Grammys, a passing of the torch to two bands who fumbled the handoff), Old Crow still play, write, record and tour with steam and purpose.

On the occasion of their 20th anniversary, Old Crow have made an album that reflects on what it means to be in a band. With Dave Cobb’s production reinforcing their boisterous dynamism, Volunteer surveys the sacrifices Old Crow make for their music, the camaraderie of the bandmates and heroes at the expense of the stability of family and home. “All together we fall together/We ride together, we’re wild together,” they sing en masse on the rowdy opener “Flicker And Shine”. It’s an apt introduction, an overture that shifts tempos manically, slowing down and speeding up as though enacting their promise to band together in slow times and fast, bad times and good.

The album title refers to their adopted home of Tennessee, nicknamed the Volunteer State to honour the soldiers who fought in the war of 1812. Not that they would ever explicitly compare themselves to real GIs, but Volunteer suggests a similarly regimented life on the road, musical instead of military, shipping out for tours rather than tours of duty. In other words, the band members understand that they enlisted in a vocation defined by dislocation, transience and solitude. “I’m a world away,” Secor sings on “World Away”. “Standing at the gates with my suitcase/But I’m a world away.” The song sounds like a party – the chorus is jubilant and catchy, the music celebratory – but the lyrics convey a cloudy melancholy, as though they’ve learned over two decades to make the best of this situation.

“Homecoming Party” is much more acute in its domestic angst, as Secor sings about coming home too late from tour, long after his wife and kids have gone to bed. Even the dog is “too tired to wag his tail”. As the band provide sympathetic accompaniment, playing quietly so as not to wake anyone, Secor describes his own private ritual in painstaking detail: tiptoeing up the stairs, peeking in at his “little ones” already tucked in, slipping in bed next to his wife but being careful not to disturb her sleep. Old Crow present this heartbreaking tableau matter-of-factly, trusting the details of the songwriting and the breezy melody to convey the complicated emotions of the homecoming.

The power of songs like “Homecoming Party” is only enhanced by their proximity to raveups like “Shout Mountain Music” and “Elzick’s Dream”, a traditional tune that showcases Chance McCoy’s frenzied fiddling. Songs like the topshelf anthem “The Good Stuff”, featuring sloshed lead vocals by guitjo player Kevin Hayes, hint at the hell-raisin’, shit-kickin’ energy of their live shows. But closer “Whirlwind” finds a way to marry those two urges: it’s about a relationship – a marriage most likely, but it extends to the band itself – as wild as a “twirling twister touching down on the ground in a dozen little sleepy towns”. As carefully as they document the band’s life and as wildly as they play these tunes, Old Crow are still trying to figure out if the music drives their wanderlust  or their wanderlust drives the music.