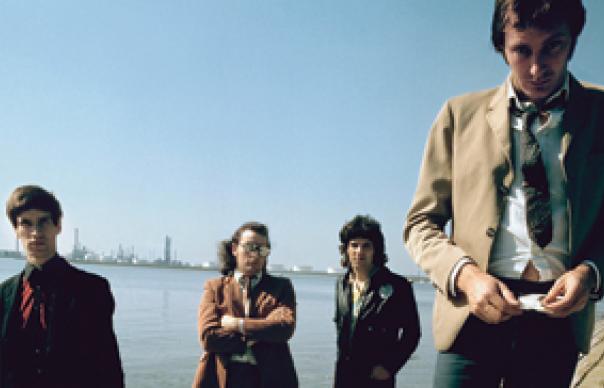 
The galvanising impact of Dr Feelgood on mid-1970s music – an influence hitherto underplayed – was down to two things. Firstly, they were a hard-ass, back-to-basics R’n’B band boasting two gifted frontmen: guitarist Wilko Johnson, spraying incendiary riffs from his Telecaster while strutting like a dysfunctional robot; and singer Lee Brilleaux, a menacing growler with a handy line in microphone technique.

Secondly, and as importantly, the Feelgoods, as they quickly became known, provided an antidote to a music industry still clinging to the fall-out of the hippy ’60s. Where Pink Floyd sang doleful, epic laments to old England, the Feelgoods celebrated its gritty realities in three-minute songs delivered in grimy pubs. They were, as various Pistols, Blondies and other interviewees acknowledge here, punk before punk.

That much partly explains the interest of director Julien Temple, for whom Oil City Confidential continues a sequence of music docs stretching from The Filth And The Fury (2000), his portrait of the Sex Pistols, to Glastonbury (2006) and The Future Is Unwritten (2007), his tribute to Joe Strummer. The Feelgoods would seem small beer by comparison – they imploded before they could crack the US, and never made the album their talents threatened – but, as much as music, Oil City… is about the eccentricity of small-town England as seen through the prism of Canvey, a clapped-out seaside resort turned oil refinery, a place fancifully dubbed “the Thames Delta” by Wilko Johnson.

Central to the Feelgoods’ success was their image. In an era of loon pants and long hair, they wore slept-in suits and barber-shop haircuts. “They looked like four guys who’d just done a bank job,” says fellow pub rocker Will Birch, “with a smash-and-grab approach to the London music scene.”

The analogy provides Temple with his central conceit – a gang of Essex geezers turned R’n’B raiders – and allows him to plunder the archives of Brit noir, Brighton Rock et al, for playful montages of screeching Jags and Ford Zephyrs to play over what is essentially a familiar tale – four mates form a band (a fifth becomes manager), tour hard and get successful before substance abuse and the road take their toll. The group survived Johnson’s abrupt departure in 1977 – indeed, with Gypie Mayo as his replacement, they scored their biggest hit with 1979’s “Milk And Alcohol” – but without Wilko’s musical invention they were never the same creative force, and early hits such as “Roxette” and “She Does It Right” still define their appeal.

Temple revels in the juxtaposition of Canvey’s bleak oil refinery with the ramshackle seaside chalets and pubs left from its previous incarnation as cockney playground; projecting footage of the band on the giant oil tanks is a particularly clever stunt. Canvey has had its share of tragedy, too; the 1953 Essex floods claimed hundreds of lives, an event etched into the childhoods of the future Feelgoods.

Behind the band’s glowering stage presence lay another reality. Offstage, Brilleaux (real name Lee Collinson) was the perfect gentleman, terse but gracious, qualities captured here in old interviews (he died in 1994). Both drummer John Martin and bassist Sparko were genial chancers, while Wilko’s back story included a trek on the hippy trail and a spell as an English teacher.

The precise reason for Wilko leaving the band isn’t nailed down, but substance-assisted paranoia surely played its part; alone of the quartet, his recreational tastes ran to powders rather than booze. These days, Johnson plays the part of nutty professor, grieving for his late wife, wrapped up in astronomy (a small observatory tops his Canvey home), but still able to conjure the right spiky chops from his Fender. It’s Wilko’s peremptory, offbeat monologues that provide Oil City Confidential with its through-line and several of its funniest moments, not least when he describes the clouds and flames of the Shell Haven Refinery as “Miltonic”, quoting Paradise Lost in support.