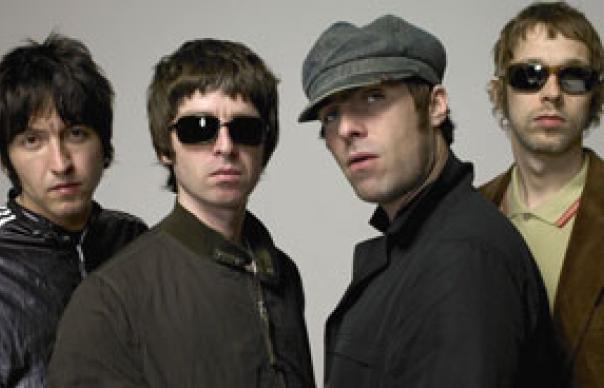 Never a band renowned for doing things quietly, Stop The Clocks nevertheless finds Oasis making a tacit admission. A collection, effectively, of Noel Gallagher’s favourite moments from the band’s catalogue, so heavily weighted is it in favour of Oasis’ early material (14 out of 18 tracks come from the first two albums and contemporary b-sides), it makes quietly explicit what their fans have long suspected. For all their embracing of the rock ‘n’ roll paradigm, Oasis never quite burned out – instead, they faded away.

It hardly needs to be said, but in the 18 months during which they burned most brightly, however – the period when they made nearly all of the tracks here – this band effortlessly outshone everything around them. As well as the immediacy of that remarkable rise, though, Oasis also made an appeal to history: constantly stating that theirs was truly great rock’n’roll music, worthy of its canonical place.

And Stop The Clocks suggests they were right. You may quibble with the ordering, or the exclusions (no “Cast No Shadow”? Or “Columbia”?), but the place that this music holds in the collective memory suggests that time has proved Oasis’s point. We all know these songs, of course, because they have become communal anthems. But before that, they existed without baggage, played by a band – in contrast to the grunge they followed – that dared to suggest being a rock star was easy. Even better, the poise of the material – the stately opening to “Supersonic”, say – insisted this was the case.

If this kind of command was intoxicating then, such is the focus of this compilation, it’s hard not to note that for all their protestations (Liam: “Definitely Maybe? It’s gone. Get over it”) the band’s glory years are still very much on the Oasis mind. Sure, they can still rightly call themselves “the people’s band”, but in the company of their early songs “Lyla” and “The Importance of Being Idle” (both here) bear about as much resemblance to their earlier incarnation as they do to “Parklife”.

Maybe above all, Stop The Clocks takes us back to where we came in with Oasis – to remind us that this was always a band with a fondness for great music of the past, even if it’s their own. But what a time to look back to: when their band were unburdened by the expectations of other people. A time when they were simply a self-assured, intuitive rock band being themselves. A great time, above all, when there just couldn’t have been anyone else.