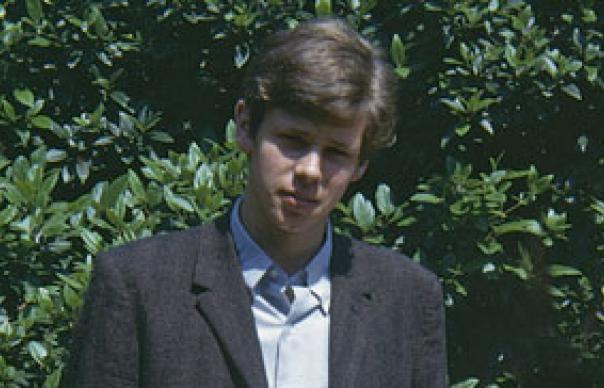 Listen to Nick Drake with one ear and you’ll hear a (self-)parody of the Sensitive Young Troubadour – the posh Poor Boy, long ways from his country home. There’s a peculiarly English bashfulness to Drake that suggests some coy conflation of Donovan and Colin Blunstone.

Listen with both ears and you hear the monkish beauty of that light baritone alongside its close companion – Drake’s inimitably intricate fingerpicking. Together these intertwined “voices” create a melancholic magic that sounds completely unique to this day.

Long bootlegged, these domestic performances captured at the Drake family home and during Nick’s 1967 sojourn in Aix-en-Provence give us the roots of the music on Five Leaves Left, Bryter Later and Pink Moon. In places as grainy as Dylan’s Basement Tapes, Family Tree is heavy on country- or folk-blues from the Warwickshire delta.

Tape-hissing covers of songs by luminaries like Bert Jansch and Jackson C. Frank are interspersed with treatments of traditionals (“Cocaine Blues”, “Black Mountain Blues”, “All My Trials”) – pretty much the repertoire of the workaday late ’60s jobbing folkie. Dylan (“Tomorrow Is a Long Time”) and Dave Van Ronk (“If You Leave Me”) pop up alongside Drake’s Aix mate Robin Frederick, whose previously unearthed “Been Smoking Too Long” lays bare the downside of marijuana intoxication.

A revelation the album isn’t: Family Tree presupposes or even requires a basic familiarity with the Drake oeuvre. But presuming you have at least a nodding acquaintance, the 28 tracks here are a fascinating window into a young man’s musical soul, featuring amusing asides and mistakes. Also included are two wistful pieces of Victoriana by Nick’s mother Molly, one of them a riposte of sorts to “Poor Boy” (“Poor Mum”) that could almost hail from the first Kate and Anna McGarrigle album.

Tellingly, one of the earliest Drake compositions (“They’re Leaving Me Behind”) hints at the darkness to come, with the young man’s future already looking bleak. “Bird Flew By” questions the basic fact of earthly existence. A tentative Cambridge airing of Five Leaves Left’s “Day Is Done” – with Drake breaking off to chastise himself for his sloppiness – says it all: “When the party’s through/Seems so very sad for you/Didn’t do the things you meant to do.”

Far more than a scrapbook retrieved from a dusty attic, Family Tree is essential listening for anybody in thrall to the spell of Saint Nick.