Strange, stubborn, stripped-down: Neil Young continues on his own path 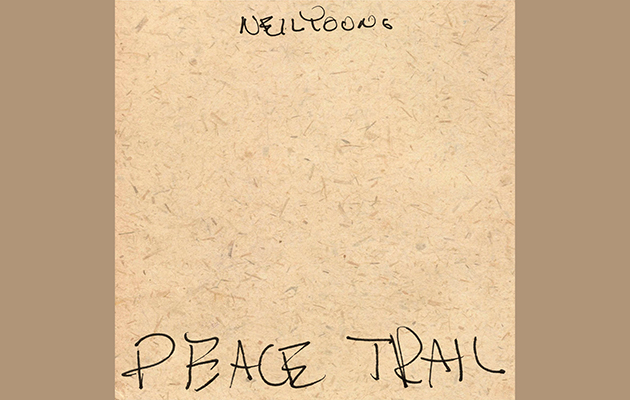 If he wasn’t confounding us and contradicting himself, well, he wouldn’t be Neil Young. On the face of it, Peace Trail – his 37th, maybe 38th studio album, if you’re counting, and his second album of 2016 following the excellent mutant live set, Earth – seems simple enough: stripped down, recorded fast, and sounding like it.

Even before you start listening to these songs, though – even before the Auto-Tune comes out – it’s a record that has already defied expectations. Over the past year, audiences have been thrilling to the deepening relationship between Young and his current live band, Promise Of The Real, the unit led by Willie Nelson’s sons Lukas and Micah. They first provided backing for 2015’s underrated The Monsanto Years, but it was when they took it on the road that transmogrification occurred. With Young digging deep and the locked stone jams spreading beyond the horizon, they’ve found an expansive chemistry that has had fans whispering comparisons to Crazy Horse, while Young seems visibly energised by the partnership.

So, just when we’re primed to hear what a new album with that group might sound like, Young heads into the studio without them. For Peace Trail, he’s brought in only two other musicians: Paul Bushnell, a session player he heard playing bass on Micah Nelson’s upcoming solo album, and the great veteran drummer Jim Keltner.

With just a couple of exceptions, Young confines himself to acoustic guitar, but Peace Trail is a far more jagged and rusty affair than this setup might suggest. Across the album, which was recorded over four days, Bushnell provides that perfect kind of bass you barely notice. Keltner’s percussion is a different story. Captured mostly in first or second takes, he doesn’t so much keep the beat as respond to what Young is doing, an improvised interplay of odd, shaggy patterns. The record often becomes a duet between Young and Keltner. On “Indian Givers”, the first track released, Keltner’s percussion is essentially the lead instrument.

That song, a shuffling broadside declaring solidarity with the Native American demonstrators struggling to stop the expansion of the Dakota Access oil pipeline across their territorial ground, sets Peace Trail up as another of Young’s protest albums (it also features one of the record’s signature sounds: Young’s blasting, distorted harmonica, overdriven to the point of disintegration).

But while his abiding environmental concerns are to the fore – “John Oaks” is the ballad of an eco-activist shot down by trigger-happy police – this isn’t a single-issue collection in the mould of Monsanto. The net is cast wider.

On “Terrorist Suicide Hangliders”, a sad, menacing satire built around a memory of the melody of “Oh Yoko”, Young adopts the paranoid perspective of a Trump-fuelled xenophobe: “I think I know who to blame, it’s all those people with funny names, moving into our neighbourhood.” Elsewhere, “Texas Rangers” observes Rangers in silver pick-ups mopping up runaways along the borderline, American violence recorded on mobile phones. A fractured, ominous piece of near-jazz, it’s the strangest tune he’s recorded since the days he was hanging out with Devo. At least it is until you get to the album’s bonkers little closer, “My New Robot”, featuring an unexpected choir of Neils, and the old Trans vocoder.

Alongside the state-of-the-nation observations, however, are more personal statements – more than once, Young references his colour blindness, and the wear and tear that comes with age. However, arriving on a riff reminiscent of “Down By The River” and the raddled voice of On The Beach, “Can’t Stop Working” is a simple declaration that Young is, if anything, speeding up as he enters his seventies. “Can’t stop working…it’s bad for the body but it’s good for the soul.”

A similar affirmation of faith in his future underlies “Peace Trail” itself: “Don’t think I’ll cash it in yet… something new is growing.” The opener, this title track is the album’s most purely gorgeous tune, as Young lays aside the acoustic to plug in Old Black, ripping off shards that threaten to catch fire. It’s also the first appearance of the Auto-Tune that comes into play again later, on the record’s greatest song, “My Pledge”.

Young pointedly employed Auto-Tune on Earth as a metaphor for genetic modification. Here he uses it to different ends, not satirical, more experimental. Repeating Young’s lines, his ethereal Auto-Tuned voice becomes a melancholy echo of himself, a future ghost; the most unaccountably moving moment is a glitch when the inhuman voice sings a line – “I knew I’d seen her somewhere” – before “real” Neil gets to it. Hazing strangely from the Mayflower to today, the song is a fragile, stubborn, heartfelt declaration of Young’s intention to stand his ground while feeling “lost in this new generation, left behind” surrounded by smart-phone addicts “alone with their heads looking in their hands”.

It’s a great piece of Neil Young, the one you keep coming back to. It’s also a paradox. Mainstream media long ignored the struggle of the protestors documented in “Indian Givers”: “I wish somebody would spread the news,” Young sings. But word of their fight has been spread, by online activists using social media, people with their heads looking in their hands. If he didn’t contradict himself, though, he wouldn’t be Neil Young.