Natalie Prass – The Future And The Past

Modern anthems with a jazz-funk vibe 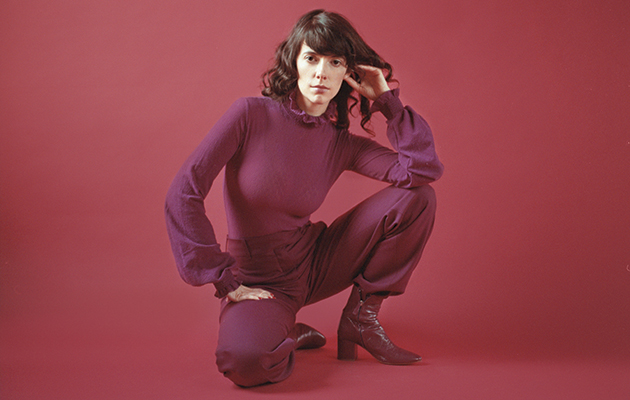 In tumultuous times, artists face big choices. To confront, deflect or ignore; to drill down into the darkness; or find alternative sources of light. Some outline their concerns with po-faced precision. Lyric sheets become manifestos, live shows lectures. There are slogans and slides. Natalie Prass, it seems reasonable to conclude after spending time with her second album, isn’t inclined that way. Though she doesn’t shy away from the various ailments afflicting the world in 2018, Prass takes her conclusions to the dancefloor, not the barricades, foregrounding the medium rather than the message. “Some of my favourite protest albums are funky as hell,” she tells Uncut. “You’re dancing, and then you think, ‘Shit, they’re singing about gentrification…’”

Prass’s eponymous debut album – recorded in 2012 but released in 2015 – was a sumptuous Southern soul docudrama, a near-perfect marriage of mellifluous vocals, personal heartbreak and old-school musical values. Written by Prass and produced by her childhood friend Matthew E White and his Spacebomb partner Trey Pollard, it drew on country-soul, classic R&B and lush orchestral pop, replete with cushioned horns and tugging strings. Like many such records, it mined a mood of exquisite melancholy, half in love with the agony it so luxuriantly described.

Having postponed recording the follow-up at the eleventh hour in order to substantially rewrite it, Prass has delivered an album that is markedly different. White and Pollard remain on board – the latter, once again, contributing magnificent string arrangements – while Prass’s gossamer tone is still light and distinctive. The moods, textures and themes, however, have evolved. We’re still talking retro, only now the touchstone is late-’70s and ’80s dance music: disco, smooth soul, sleek funk and the pop end of R&B. There are harmonically complex jazz-piano flourishes, and only a couple of lush ballads.

On the staccato funk groove of “Oh My”, which recalls early Prince, Prass recognises that the world is giving “heartbreak to me”, but this is mere scene-setting. We already know things are all messed up; the point is what to do about it. The 11 tracks that follow provide a series of uplifting answers.

A #MeToo anthem decked out in stack heels and satin jumpsuit, “Sisters” preaches solidarity with all the “nasty women… worldwide, world class”. Over a throbbing jazz-funk groove, Prass exchanges lines with her army of backing singers. “I wanna say it loud/For all the ones held down/We gotta change the plan,” she sings. Both jubilant and defiant, it’s destined to be one of the songs of the year.

The sinister, slow-burning “Hot For The Mountain” is less obvious, but equally charged. “We’ll take you on, we can take you all,” Prass purrs, “slowly rising up.” Over a dissonant blend of minimalist beats, slinky strings and jagged jazz piano notes, an astringent melody slides up and down the scale, never quite finding resolution, and all the better for it.

“Ship Go Down” is similarly serpentine, negotiating a complex time signature and fractured stop-start structure, before sliding into a gorgeous chorus. Over six slow minutes, it accumulates fuzz-tone guitar, free-roaming bass, vibes, 007 strings and disembodied scatting as it builds into something extraordinary, Prass exposing “a wolf in wolf’s clothing”. Who on earth could she mean?

Love is prescribed as the ultimate cure for hard times on “Short Court Style”,  a glistening disco-soul confection with hand claps and dog-whistle synths, and on the choppy “Never Too Late”, which falls somewhere between Anita Baker and Christopher Cross. “The Fire” is a riot of soft-rock tropes and conscious clichés. “Nothing To Say” isn’t a million miles from Wilson Phillips’ “Hold On”. Even at her most knowing, Prass executes it all with verve and obvious love, although the big ballads may prove a trifle sweet for some tastes. “Far From You” – a kind of sad-eyed sequel to The Carpenters’ “Close To You” – could be the lead track from a ’90s Disney flick, while “Lost” revisits the out-and-out heartbreak of her debut. Both are the kind of bullet-proof weepies that could make Prass a proper pop star.

The Future And The Past ends with  “Ain’t Nobody”, a throbbing mid-tempo floor filler boasting a killer blend of analogue synth squelches and funky guitars. As the groove spirals upwards, Prass exhorts everyone to “keep holding on… Ain’t nobody here giving it up.”  Her final words reprise the defiant  call-to-arms from “Hot For The Mountain”: “We’ll take you on/We can take you all.”  On this form, you certainly wouldn’t  want to make a fight of it.