My Secret World: The Story Of Sarah Records 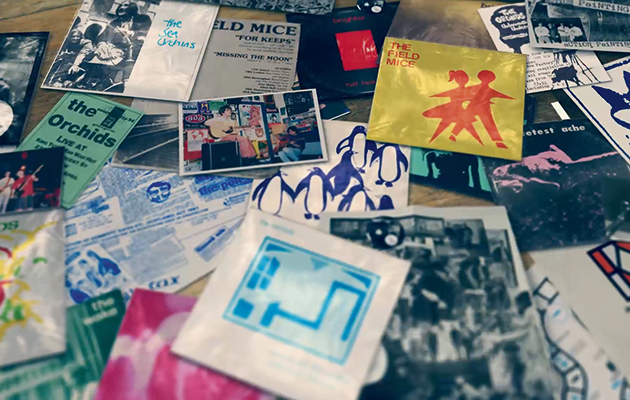 It says something about the reputation of Sarah Records that the most dramatic statements in a documentary dedicated to the Bristol indie label come from its detractors. Chief among them is the late NME critic, Steven Wells. Sarah, he wrote “should be called AntiPunk Noel Edmonds Mister Blobby Pile of Pooh Rubbish Records”. He returned to the theme more pungently in a review of Secret Shine’s inoffensive 45 “Loveblind”. “This isn’t music,” he wrote, “it’s cancer.”

To be fairer to the critic than he was to Sarah, Wells was professionally outraged about everything, and the label’s understatement was out of step with the times. Sarah was a cottage industry that made a virtue of restraint. Even here, invited by filmmaker Lucy Dawkins to blow their own trumpets, the nearest the founders Clare Wadd and Matt Haynes come to being boastful is when Wadd deals with the question of professionalism, and its absence. “I think we were maybe just unprofessional in an entirely different way from most record labels,” she says, “so we weren’t falling apart and doing drugs and being pissed all the time. We were just taking pictures of buses.”

Sarah existed between 1987-1995, releasing almost 100 artefacts (87 singles, a handful of albums, some zines, a board game). Many of the records had photos of Bristol landmarks, not necessarily buses, on the covers. The label was quietly political, and had a policy of not objectifying women on its sleeves. But they weren’t above using drawings of penguins or lawnmowers.

Wadd (from Harrogate) and Haynes (from London) were students in Bristol, who bonded over their mutual love of fanzine culture. Wadd had produced Kvatch (interviewing the likes of Ivor Cutler, Billy Bragg and The Pogues), and had been impressed by the accessibility of Welsh post-punkers The Alarm. Haynes, an unlikely record mogul, produced the fanzine Are You Scared To Get Happy? which included flexidiscs.

Clare and Matt met at a Julian Cope concert (with Primal Scream supporting) and never looked back. The label was set up on the Enterprise Allowance scheme, which allowed people to redefine their unemployment as a small business, and scored a single of the week with its first release, by The Sea Urchins. Sarah’s reputation is for tweeness, yet it issued an anti-poll tax single by The Orchids, and its brand of patient feminism fed into the riot grrrl movement.

As much as the music, Dawkins’ film is a reminder of another time, and the quiet network of likeminded souls who were supported by fanzine culture during the Thatcher era. It’s about intimacy, hand-written letters and Letraset, and a time when bliss was being at a 14 Iced Bears Gig, selling fanzines.