Miles Davis – The Complete On The Corner Sessions- R1972 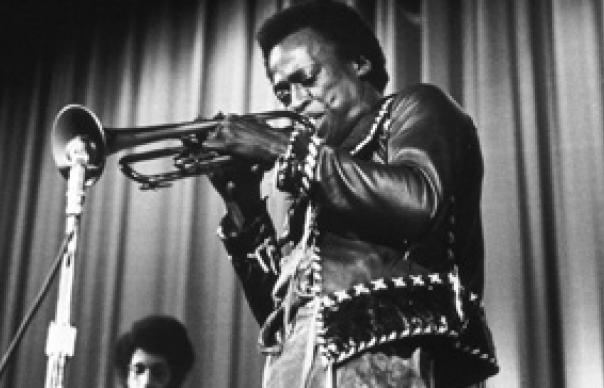 The Bengali percussionist Badal Roy tells the story about how he cameto the Columbia Studios in Manhattan to record with Miles Davis in1972. He’d never done a jazz session before, so he nervously asked
Miles what was going on. Miles glared, raised his hand to signal thestart of some manic funk groove, and turned to Badal. “Just play likea nigger,” he growled.

The On The Corner sessions are filled with tales like this – baffledmusicians playing instruments they’d never touched before, over tracksthey couldn’t hear, making music that sounded like nothing on earth. On its release, jazz buffs hated the results. There were few solos and little harmonic development, with more attention being paid to texture and timbre. Yet it’s exactly those qualities that endeared the albumto subsequent fans of rock, dance and electronica. Some tracks sound eerily similar to Can‘s (exactly contemporaneous) Ege Bamyasi, othersserve as precursors to techno and jungle.

Brian Eno also credits the album for pioneering the wholestudio-as-instrument shtick, with most of its tracks assembled inpost-production. On “Rated X”, producer Teo Macero takes two separatebreakneck-speed funk loops, and repeatedly cuts them out of the mixuntil you’re left only with Miles’s discordant organ drones, the sonic equivalent of a cartoon character running off a cliff. Elsewhere, theremarkable “Chieftain” sounds like a dub 45 played at 78rpm, with the syncopated rimshots overlaid with menacing tablas, shards of sitar and Miles’s ghostly, FX-laden trumpet.

This handsomely packaged six-disc box features sessions from On The
Corner, together with similar 1973 and 1974 tracks later used for Big
Fun and Get Up With It. They see Miles pushed in two different directions: borrowing from Sly Stone in an attempt to connect with a younger, blacker audience, but also being introduced to Stockhausen, Bach and Steve Reich by the British cellist Paul Buckmaster. Theresult is, curiously, the “blackest” and “whitest” music Miles evermade – one that sees futuristic Harlem street funk, African trance andIndian classical music refracted through the lens of avant garde minimalism. The resultant grooves are spellbindingly freaky, ultra futuristic, yet utterly accessible.