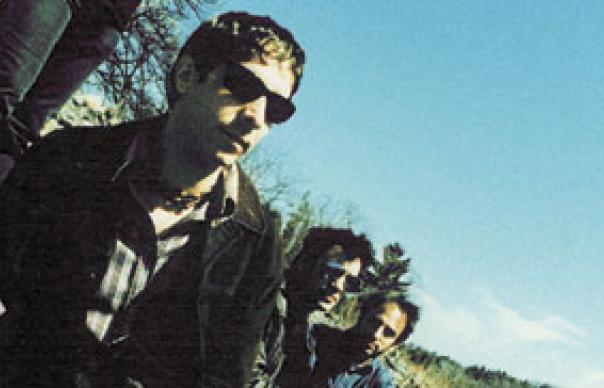 In theory, the fourth album by the Buffalo sextet Mercury Rev should have lost the shock value it had in 1998, when Cosmic American Music was the preserve of a few obsessive Gram Parsons nostalgists.

But Deserter’s Songs never depended entirely on the novelty of being out of place and out of time. It is still, 13 years later, the most purely beautiful American rock album of its era.

Like many a great work, there are various reasons why it shouldn’t exist. Mercury Rev returned home from touring 1995’s ignored See You On The Other Side album determined to split. Leader Jonathan Donahue dealt with his depression by withdrawing from rock completely, finding comfort in records he’d loved as a child. His favourites were Talespinners For Children, a series of records featuring actors reciting fairy tales over classical music. Soon, Donahue was making rough home demos on piano of simple, ingenuous melodies, many of which are now available on this reissue’s bonus disc.

Even while hiring a mini-orchestra of classical players and nervously approaching Buffalo neighbours Levon Helm and Garth Hudson of The Band to play drums and sax on “Opus 40” and “Hudson Line”, Mercury Rev recorded the songs with a resigned, what-the-fuck attitude, figuring, perhaps quite reasonably, that a market in love with OK, Computer wasn’t longing for a set of drifting, Disney-esque orchestral ballads featuring female sopranos, flugelhorns and the eerie whine of a bowed saw.

They were spectacularly wrong. Deserter’s Songs was a commercial success because it captured a prevailing mood of pre-millennial dread, but dared to imbue it with a feeling of childlike wonder, and an implication that, if we really are standing at the end of the world, we may find that whatever’s next is an opportunity to be born again, and lost in awe and wonder

It’s a concept album about saying goodbye (or walking away, as Donahue prefers to describe it) that defined the idea that the sadness of leaving lovers, homes, friends, the planet or even just a rock scene that doesn’t get you is always counterbalanced by the anxious joy of impending change, the search for adventure and new possibilities.

The astonishing “Goddess On A Hiway” hints at inevitable apocalypse through ecological disaster, its huge chorus of “And I know/It ain’t gonna last” a joyous singalong that still swells the heart with pure, innocent pleasure. The angelic motif that carried the breathtaking “Endlessly” transforms a nightmare of infinite, repeated desertion into something transcendent, a lullaby for landing in the gutter and staring at the stars. By the time you reach “Delta Sun Bottleneck Stomp”, the old-school rock’n’roll hoedown that becomes an Italian house tune for a few golden moments, you feel as if you’ve taken a long drive through the American wilderness at night.

Deserter’s Songs re-enters a world made for it, and by it. In 2011 we take the ambitious and anti-macho American alt.rock band for granted, but the record remains a unique experience, as well as a collection of great songs, performed, arranged and produced with a love born of ceasing to care what the world thinks. If Mercury Rev haven’t matched it since, that’s OK. Neither has anyone else.
Garry Mulholland

Q&A Jonathan Donahue
Is it true, if Deserter’s Songs had not been successful, Mercury Rev would have split?
It went further than that. The album was my way of calling it a day. Whatever it was we were doing seemed so far out of time with what was going on in the world. The world wasn’t exactly waiting for another Mercury Rev record. We didn’t have a manager or a lawyer or a label.

So approaching Hudson and Helm to play with you must have been nerve-wracking.
Yeah, it was. No one wants to be rejected by somebody that they feel inspired by. It was Amy Helm, Levon’s daughter, who whistled on the outro of “Opus 40”. She gained a certain whistling fame from this and went on to whistle on a burger chain TV ad which, she claimed, made her hundreds of thousands of dollars.

The world sees Deserter’s Songs as your masterpiece. But do you?
It’s a beloved record of mine because it came from somewhere that was purely genuine and purely guileless. But… I wouldn’t want to jump back down into that boiling cauldron again. I don’t really know how Deserter’s Songs made it to the light of day.
INTERVIEW: GARRY MULHOLLAND