Marvin Gaye – In Our Lifetime? 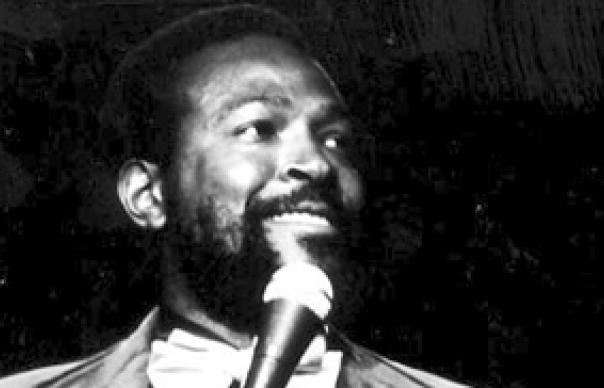 The dawn of the 1980s found Marvin Gaye at the nadir of his fortunes. The man who had been hailed as a pop genius ten years previously was now a cocaine-addled tax exile living in a trailer in Hawaii. Financially, Gaye was cleaned out by profligate living and a divorce from his first wife. His second wife, whom he had almost murdered, was estranged. All Gaye had left was his talent, and that, like his health, was in a parlous state.

For his part, Motown supremo Berry Gordy was out of patience. He had endured 1979’s Here My Dear, Gaye’s sour appraisal of his failed marriage to Berry’s sister Anna, but had balked at releasing Love Man, a fumbled attempt to recapture the carnal funk of Let’s Get It On. Having bailed out Gaye from a financial morass, Gordy demanded the troubled star deliver his long-awaited next album.

When In Our Lifetime finally appeared, Gaye exploded with fury. The album had been remixed without his knowledge, an unfinished song (‘’Far Cry”) had been included, and – horrors! – the question mark on the title had been excised. Gaye vowed never to record for Motown again. Nor did he – his contract was sold on to CBS (most of the money went to the taxman), who recouped instantly when “Sexual Healing” became a monster hit.
Who was right? With Gaye’s and Gordy’s records side by side for the first time, there is sympathy for both parties.

Gaye’s mixes, with his vocals double and treble tracked, are clearly superior, and its songs are better sequenced. Still, In Our Lifetime? remains a rambling, largely tune-free affair whose trite lyrics are disguised by Gaye’s still-engaging voice. “Some songs are from love, some songs are from lust.” You don’t say Marvin. The unheard Love Man sessions are worse, little more than rambling work-outs over which Gaye periodically cries “Ooh baby!” It’s the sound of a psyche that’s lost touch with its centre, of a talent so unravelled all Gaye can do is repeat a mantra of “Funk Me, Funk Me, Funk Me” with a silent ‘n’. Conceived as a ‘party album’, it’s just plain sad.