Mark Pritchard – Under The Sun 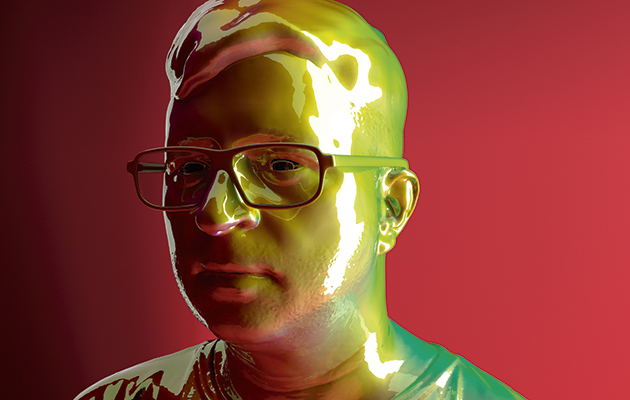 After a quarter of a century in the game, the prolific West Country producer Mark Pritchard shouldn’t need an introduction, but the anonymous nature of his club-focused music means he tends to operate in the shadows or at the cutting edge of whichever scene he immerses himself in, be it techno, exotica, jungle or, most recently, grime and footwork. Assuming numerous aliases for his vast range of productions, Pritchard has worn so many masks over the years – from the restless funk of Troubleman to Africa Hitech’s digital dancehall – that the arrival of Under The Sun, his first solo album under his own name, feels like a significant personal statement; a consolidation of all he’s achieved so far that also reveals a more thoughtful and seductive side to his music.

Now 45 and resident in Sydney for 11 years, Pritchard, who grew up in Somerset, came of age in the early 1990s when he joined forces with local lad Tom Middleton to form Global Communication, tapping into a burgeoning south-west rave network that included Aphex Twin and which would soon lead to deals with Warp Records and a certain kinship with new labelmates such as The Black Dog and B12. As Global Communication, and then as Link, Reload and Jedi Knights, Pritchard and Middleton joined the dots from techno and chill-out to electro-funk and drum’n’bass, flitting between styles with youthful elan as they sought to imitate their US heroes Carl Craig and Derrick May.

As the ’90s wore on, a commercial breakthrough eluded Pritchard, which only burnished his cult status and allowed him to toy freely with any genre he fancied, tinkering away in the south Devon studio he ran for Jethro Tull’s Martin Barre. He explored boogie, bossa nova and hip-hop with NY Connection and Harmonic 33, and developed a rich, sensual and vigorous style of production that lent itself naturally to the simmering aggression of dubstep and grime. For years, Digital Mystikz’ dub colossus Medi would deploy the Portishead smoulder of Under The Sun’s opener “?” as a palette-cleanser at the start of his DJ sets.

The idea for Under The Sun came about not through any Damascene revelation but, more prosaically (and in keeping with his pragmatic approach), because Pritchard had wanted to release a non-club record for a long time, and had amassed enough material over the years to begin putting one together. These short instrumental pieces, not dissimilar to the library-music pastiche of Harmonic 33, form the bulk of the album and vary in character from the squished Boards Of Canada flutter of “Where Do They Go, The Butterflies” to the cascading synths of “Falling” and sci-fi blips of “Dawn Of The North”. All pretty enough, but this tasteful mix of analogue keys and distorted drum machines is precisely what we’ve come to expect from Pritchard. It’s when he wanders off-piste with Bibio, Thom Yorke and Linda Perhacs that the record comes alive, and these instrumental tracks then play a vital supporting role.

For a time Pritchard became obsessed with The Beach Boys’ Smile, which he’d play as soon as he arrived at his studio in Sydney for a night-time session (he’s nocturnal), and which acted as a guide for “Give it Your Choir”, his collaboration with labelmate Stephen “Bibio” Wilkinson, whose layers of yearning vocals swirl harmoniously on what is comfortably the album’s sunniest moment. Pritchard had already displayed his freak-folk credentials with the 2006 compilation Mark Pritchard Presents… Feel The Spirit, selecting songs by Fairport Convention, Donovan and Perhacs, so their collaboration on the willowy psychedelia of “You Wash My Soul”, the ageless Perhacs cooing “I touch you, I know you” like a new-age mantra, is some coup for him.

On “Beautiful People”, Thom Yorke manages to convey the sentiment behind the track that Pritchard wrote the day he learned two friends had passed away. “A flap of the wings and the chaos that it brings”, he sings, almost mumbling, though as always you know exactly what he means, as shaded flute loops tumble into each other. It’s a subtle, powerful piece, and somehow justifies the fact that Yorke’s involvement in this record has given the album campaign a huge lift. An unassuming master of his art, Pritchard has long been a producers’ producer – Yorke was merely doffing his cap – and now Under The Sun proves he can tell a story, too.

Q&A
In 25 years, this is your first solo album under your own name – what changed?
It got to the point where I’ve had so many names over the years that I needed to simplify it. It’s hard enough trying to build one name in the current musical climate, but building up 20 names over the past 25 years has not been the best game plan – it’s confusing. At first the record was going to be quite avant-garde electronic and experimental, but it evolved into more melodic pieces with different emotions.

How did “You Wash My Soul”, the collaboration with US folk singer Linda Perhacs, come about?
I’d heard she was working on the follow-up to her 1970 album Parallelograms, which is one of the best albums in that style of all time, and was open to collaboration. In theory it’s nice to say, “Oh, I’d love to make a track with Linda Perhacs”, but it’s not so easy to write it – it took me months. Luckily she loved what I sent her, and did an amazing job. It’s got the feel of what I love about her first album. She’s a special lady, a first-generation, spiritual, West Coast LA hippy type.

What’s Thom Yorke singing on “Beautiful People”?
I wrote that the morning I heard two friends had passed away, around six years ago. It was always going to be on the album. Radiohead had asked me to remix a song from The King Of Limbs, and then we met when they were in Sydney, and I sat next to Thom at dinner. I asked him if he would be up for doing something and he said, “Yeah, I’ll do whatever you want.” I sent him four tracks and he sent back two ideas, one for “Beautiful People”. I’d told him what the song means and to take from that what he wants.
INTERVIEW: PIERS MARTIN