33 and a third-year anniversary edition of the cathartic classic... 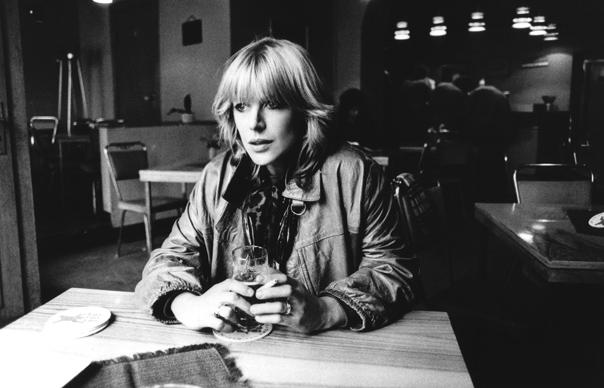 33 and a third-year anniversary edition of the cathartic classic…

For Marianne Faithfull, it’s fair to say that the decade leading up to Broken English was somewhat traumatic. She lost custody of her son to her ex-husband, split with Mick Jagger, attempted suicide, lapsed into heroin addiction, and spent two years living rough on the streets of Soho. When she finally got back into the recording studio, the results were a little baffling: two country & western albums for the ill-fated NEMS label, backed by Joe Cocker’s Grease Band.

Salvation came in the form of punk. Faithfull may have turned down the part of playing Sid Vicious’s mother in The Great Rock ‘N’ Roll Swindle, but she did move into a Chelsea squat with Ben Brierly – bassist with The Vibrators – and hung out with members of The Clash and the Pistols. All of this fed into the album that would define her recording career, one where the fragile English rose showed herself being destroyed by her own thorns.

Rock ‘n’ roll had long been the home of the angry young man, but Broken English is one of the first examples of a female rock star appropriating rock’s nihilistic carthasis. There are no pretty ballads or folksy warbling: instead these are wracked, haunting tales, told over a hypnotic mesh of throbbing synths and wrecked guitars.

The centrepiece is “Why D’ya Do It?”, a furious, porn-flecked tirade against an inconstant lover. It sounds like it’s being improvised on the spot by Faithfull but was actually written by the English poet and painter Heathcote Williams (initially for Tina Turner, of all people). It’s one of several lyrics by male poets that fit Faithfull like a pair of custom-made stilettos. Most famous is the album’s lead single, “The Ballad Of Lucy Jordan”, Shel Silverstein’s tragic tale of a suburban housewife who dreams of the kind of life that Faithfull is supposed to have led in the 1960s.

“Guilt” is a slice of Catholic blues, given a ravaged, blue-eyed soul treatment. It’s written by Faithfull’s key collaborator, guitarist Barry Reynolds, who would soon go on to form the Compass Point All Stars with Sly & Robbie. It was on Broken English, however, that Reynolds pioneered the ice-cold dub he’d later apply to Grace Jones and Black Uhuru, with Steve Winwood providing innovative synth soundscapes. It’s no exaggeration to say that, sonically, Broken English can take its place alongside other game-changing releases of 1979 – Off The Wall, Scary Monsters, Fear Of Music – which shaped the next decade. The title track throbs and burbles eerily, a John Le Carre novel in dub; the wonderfully arid white reggae of “Why D’Ya Do It?” is a slow-motion explosion, all shards of explosive guitar. The jury is still out on whether Faithfull should have co-opted “Working Class Hero” (it was Lennon’s favourite version, for what it’s worth), but, as on “Lucy Jordan”, the backing is a wonderfully imperious, almost drumless slice of pulsating electronica.

Faithfull and her band also recorded a hatful of covers around this time (“This Is A Man’s World”, “Chain Of Fools”, etc) but Faithfull dislikes them all and insists that their presence here would dilute the impact of the album. The only one that survives is a chilling, dub-inflected version of “Sister Morphine”, which could be the definitive reading of the song she wrote with Jagger and Richards.

In lieu of more bonus songs is an excellent promotional film of three tracks by Derek Jarman (stylistically similar to his triptych for The Queen Is Dead a few years later), and an entire disc of “original mixes”. A “mix” suggests a few tweaks on the sound board, but these are completely different arrangements, rawer and more live sounding than the finished versions. “Brain Drain” (an unfinished Tim Hardin composition with a middle-eight penned by Brierly) sounds better, while the rock ‘n’ roll shuffle of “What’s The Hurry?” benefits from a wonderfully coruscating guitar. But, generally, the original mixes are rather dreary pub-funk versions, all pointless slap-bass and chugging guitars. It’s the original album that still stands up: as darkly poetic as Patti Smith, as icy as Grace Jones, as dark as Joy Division.
John Lewis

Q&A
Marianne Faithfull
Broken English was a bit of a dramatic shift from the C&W albums you’d just recorded…
God yes! I mean, I love country music. I find it very restful, a definite world with no shades of grey. But it wasn’t really what I wanted to do. I wanted full-on shading, I wanted to express myself and lay my emotions bare, in a way I’d never done before. Punk laid those options open for the first time.

How did you hook up with producer Mark Miller Munday?
The band had been rehearsing at a studio in Acton for a while before we recorded the album, and we collectively wrote the first two tracks. Mark Miller Munday was a friend, had faith in the project, and got Chris Blackwell interested. I first met Chris in the 60s – he always had these beautiful Jamaican girls like Millie hanging around his flat! The thing with Mark was that the whole class thing reared its ugly head. The band turned on him, because they thought he was posh. And I sided with them, solidarity with the workers and all that. So I estranged myself from Mark, and I wish that hadn’t happened. Because I wouldn’t have made it without him.

Why did you turn down a part in The Great Rock ‘N’ Roll Swindle?
I eventually decided that I just couldn’t play the junkie mother of Sid Vicious. I couldn’t bear the thought of my mother or my son having to see it. The scars of drug abuse hadn’t healed for me. But I did meet Russ Meyer, who was originally going to direct it. I also got to know the Pistols, through my second husband. I was great friends with Johnny Rotten. Liked him a lot.

What was Ulrike Meinhof’s influence on the title track?
There was a brilliant book about the Baader-Meinhof gang by Jillian Becker called Hitler’s Children. I wouldn’t say I sympathised with Ulrike but, like her, I was self-destructive and full of anger: I turned that anger on myself, she took it out on the world. I also remember watching a documentary, in our Chelsea basement squat, about the Red Army Faction and being intrigued by a garbled subtitle “broken English… spoken English”. I wrote it down and immediately thought, now *that’s* a song!

What’s the story behing “The Witches Song”?
That was inspired by a trip I took in the 1960s with Mick [Jagger] and our darling chauffer, Alan Dunn. We drove to Morocco to stay with the Gettys! En route, we stopped off at the Prado in Madrid, where I saw drawings of Goya’s rarely shown Witches Sabbath. I took it all in carefully for a time where I might need it. I see it as a kind of proto-feminist celebration.

Where did you hear “The Ballad Of Lucy Jordan”?
I was in this terrible touring production of The Rainmaker, with that guy from The Onedin Line, Peter Gilmore. Ha ha! Going from one theatrical boarding house to the next. My only respite was listening to Radio 1, and I fell in love with Dr Hook’s version of “Lucy Jordan”. I thought, if it was sung by a woman – or, more specifically, if it was sung by me! – it would take on a whole other meaning.

Why is “Sister Morphine” the only non-album track?
We taped lots of rock cover versions around that time, and that was the only one I find bearable. I’m sure fans want to hear the others – me shrieking through some James Brown song – but really, they’re not worth hearing. I was quite insistent with Universal that it would bring down the whole level, especially of an album that I’m so proud of. It’s about quality control!
INTERVIEW: JOHN LEWIS