Margo Price – All American Made

A harder, deeper sound for "the future of country music" 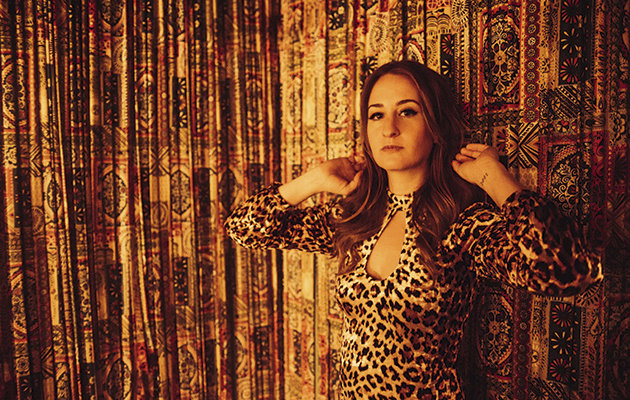 When Margo Price emerged in 2016 with Midwest Farmer’s Daughter, there was a certain symmetry to her story. Here was a country singer in the hardcore tradition of Loretta and Kitty, who had struggled to get arrested in Nashville until Jack White’s label – noting that the music was recorded at the Sun studio – stepped forward. Price’s debut was elegantly curated and mostly autobiographical, detailing the struggles of a smalltown girl in an unforgiving world. Suddenly, the singer from Aledo, Illinois, found herself being hailed as the future of country music.

Maybe she was. Perhaps she still is. But All American Made marks both a hardening and a deepening of Price’s sound. You could say it sounds more Memphis than Nashville. Certainly there are soul notes on it, and some Stax-like musical punctuation. Lester Snell, who arranged Shaft while in Isaac Hayes’ band, projects deep colours over the brisk, declamatory “A Little Pain”. And (sounding Memphis, but hailing from Nashville), the gospel quartet the McCrary Sisters add depth to the sultry “Do Right By Me”, a hardscrabble soul tune about a young woman with a cotton-picking farmer who has to leave her one-horse town to follow her dreams. “All I ever wanted was my own song to sing,” Price declaims.

There is, perhaps, a slight irony in this broadening of Price’s sound. Her previous band, Buffalo Clover, ploughed a folky furrow without ever breaking through, and when Price was shopping the tapes of Midwest… around, she was advised to add more rock elements. Her brand of country, meanwhile, didn’t fit with the commercial template which excites the 10-gallon accountants of Music Row.

Happily for Price, she is now operating from a position of strength, and free to take her music wherever she pleases. Geographically, that meant flitting a few blocks from Sun to Sam Phillips Recording, the studio opened by the Sun boss in 1960. The newer studio was state of the art at the time, and enjoyed a brief revival when the likes of The Cramps and Alex Chilton recorded there. It is now being restored under the tutelage of engineer (and Price co-producer) Matt Ross-Spang, whose production work for Jason Isbell earned him a Grammy. It’s a bigger space, a better playground, and it gives Price’s songs room to breathe.

The singer cites Willie Nelson as an example of a traditional country artist who has indulged his love of other genres. But there are times on All American Made when a comparison with Neil Young seems more appropriate. This is never clearer than on the extraordinary title track, which closes the album. The song is actually a few of years old – you don’t need to search for long on YouTube to uncover a clip of Price singing it with Buffalo Clover on a stage set decorated with the American flag. This early rendition is Spartan and powerful; the album version sounds like something taken from Young’s Living With War sessions. The bare bones of the tune are draped with a maelstrom of recorded speech, underscoring the tough politics of a lyric which links the heartache of farm failures in the Midwest with the serial hypocrisies of US foreign policy. You have to listen hard to realise that the detail in the song – of farms “turning into plastic homes” and of “mad cows being cloned” – is rooted in the Reagan administration of Price’s childhood. Yet the relevance of the song to the present day is obvious. (Price, when you ask her, notes how a song such as Young’s “Campaigner” – which explored the corrupt ambition of Richard Nixon – could be updated with minimal lyrical tweaks.)

That’s not the only bit of straight  talking. “Pay Gap” is a Ry Cooder-ish Mexican waltz around a chorus of “Pay gap, why don’t you do the math?”; “Heart Of America” is a Dolly-ish tale of rural poverty with a skittish rhythm and an abundance of twang. There’s a hint of reggae (and the theme to Grange Hill) on the music business satire “Cocaine Cowboys”; and Price brings all her melodic toughness to bear on “Wild Women”, a road song that notes “it’s hard to be a mother, a singer and a wife”. “Loner”, a song by Price’s underrated writing partner (and husband) Jeremy Ivey, is an elegant country strum in praise of individuality.

The highlight of the record, though, is “Learning To Lose”, a freighted duet with Willie Nelson. Price sings beautifully, but is upstaged by Nelson’s weary croon. Like much of Price’s writing, the song relies on a twist of language, where love becomes life, and life becomes an anxious examination of the eternal. The eternal riddle is a pure country sentiment: “Is winning learning to lose?” Listening to Price and Nelson trading their lines, a lifetime of loss  sounds like a worthwhile ambition.

Q&A
Margo Price
This record sounds a little more Memphis than Nashville.
I was wanting to explore more than just traditional country. That’s always been the goal, to have a melting pot of all the great kinds of music. Willie Nelson is a strong example of that – he loves jazz, and that comes out in his style. You have to make your own play – you can’t just sing a one-chord, crying honky-tonk song. Well, you can, and people do, but I like to incorporate more.

How did Willie Nelson come to be on the record?
We wrote this song, and we always had it in mind. I’ve hung out with him and shared a joint, and had  a great conversation with him when we first met. He does a lot of his tracking at his studio in Texas, out in Spicewood. We went up there around New Year, and we got to go in the studio and listen to him sing and play all the guitar on it and cut the whole thing. It was amazing to see the way he works.

Is there an aura in the Sam Phillips studio?
Yeah. It’s a massive place, and you can cut directly to the acetate there. When I was done recording the album, they gave me vinyl  as I walked out of there. That’s how I sent it to  Third Man. It was cool  to be able to send them something that was tangible.

Is Jack White on the record?
He didn’t play  on this one, but he came in and listened to what we were working on. He refurbished the couch there in Sam Phillips’ office, which  was amazing.

Do you worry about a backlash to having politics on the record?
I anticipate backlash, yes.
INTERVIEW: ALASTAIR McKAY