A redesign for life: 3CD set of agit-rockers in their prime 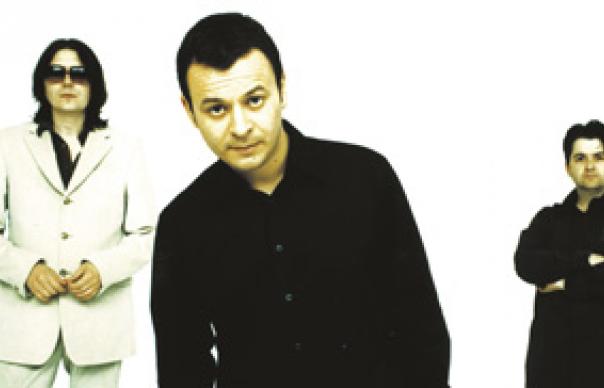 This may be a heartless observation, but the disappearance of Richey Edwards did not damage the Manics so much as liberate them. Of course, even if their guitarist had not disappeared early in 1995, the Welsh provocateurs might still have released a masterful fourth album a year later. But some kind of catharsis clearly galvanised them to a career-topping peak that remains unsurpassed a decade later.
After charting the extremes of Richey’s despair on the admirably ambitious but supremely uncommercial The Holy Bible, the three-piece began their next album fearing imminent cancellation of their record contract. But instead, after years of spouting prickly rhetoric that made better headlines than tunes, this was their New Labour moment. No longer dressed like the only gays in the village, they
began writing bona fide anthems that caught the post-Oasis wave of chart-friendly populism.
Boosted by a boomy, roomy, Phil Spector-ish production from Mike Hedges, good songs like “Kevin Carter” became great, and great songs like the mighty Welfare
State memorial “A Design For Life” became classics. Ten years on, all 12 of the album’s original tracks still shine, striking a finely-judged balance between orchestral polish and storm-lashed ferocity.

Loaded with demos, live recordings, alternate mixes and rough rehearsal tapes, the further 30 tracks on this deluxe tenth anniversary package contain a few treasures for even casual fans. The raw acoustic version of “Australia” and the wordless, John
Barry-esque mood piece “Horses Under Starlight” stand out among a generally high quality selection. A further DVD of promos, concert clips and home videos completes the package. In the documentary section, James Dean Bradfield recalls beginning the album fearing he “couldn’t write music that would please Richey”, while Nicky Wire likens the band’s deliberately blank, sexless new image to New Order after Ian Curtis. “I don’t think we’d ever been comfortable being loved before,” he says.
After “Everything Must Go”, the Manics were certainly loved by the mainstream. They had finally turned defeat and despair into singalong, stadium-filling triumph. Arguably, they never recovered.