Magic Numbers – Those The Brokes 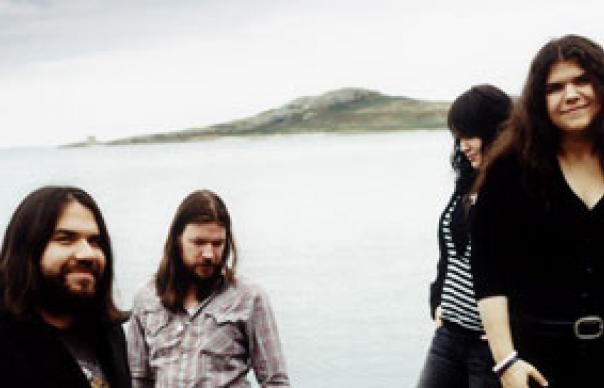 Of the words that spring to mind when you think of The Magic Numbers – country, cartoon, cuddly, harmony, heavenly, hammock – none have remotely negative connotations. Detractors are put off by this perceived bonhomie, and are unlikely to be converted by the quartet’s second album, recorded in Woodstock and produced by the band’s Romeo and Michele Stodart. Yet if The Magic Numbers ditched all aspects of their music apart from the middle-eights, they’d probably have the saddest album in the world right here.

The opening “This Is A Song”’s lengthy piano and bells intro is pure Christmas. The lyric is a love triangle, once again – so happy, so sad. But after the second chorus it dips into one of the melancholy mid-sections that characterise the Magic Numbers’ work, as predictable in its own rather complex way as Nirvana. And as with their very best songs, the vocal interplay is heartstopping, a waterfall of harmonies reminiscent of the coda to the Go Betweens’ “Cattle And Cane”.

As befitting a group who have spent two years on the road, though, there are a couple of rock shockers on Those The Brokes, chiefly “Runnin’ Out”, driving along recklessly, careering down chicanes of minor chords where you least expect them. “Burn all the money you earn,” suggests a sly Romeo Stodart. “There’s a chance you might learn who you are.” Elsewhere, “Boy”, with its strings, harps, and wheezing melodica, is steeped in the American baroque soul of Teddy Randazzo and Thom Bell. You half expect a mandolin player to burst in, with a beseeching look on his face, and go down on one knee.

“Take A Chance” rather lets the side down, sounding like an out-take from the first album. Quite how this ended up as the curtain-raising single is a mystery. The other problem, and it’s a big one, is the bone-dry production: “Those The Brokes” sounds, in places, like it was recorded in a fridge. Rather than producing themselves, they could benefit from a wise head adding a touch of reverb, a sting of echo. Otherwise The Magic Numbers will never make the stone classic they are, on this evidence, most capable of.