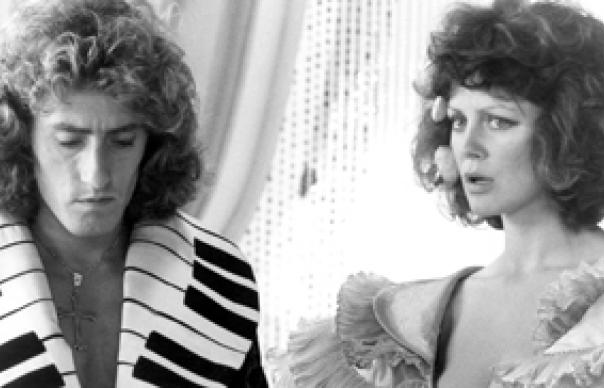 One hundred years might separate “Lisztomania” (a term coined by German poet Heinrich Heine) from Beatlemania, but for director Ken Russell they had much in common. The real Franz Liszt was the original hurled-knicker magnet, a flamboyant piano superstar teetering on the highwire between Romantic sincerity and hollow showmanship. Lisztomania – made immediately after Tommy in 1975 – portrays the composer’s life as a rock ’n’ roll circus; historical accuracy is traded for a bloated pastiche of Gothic horror and Prog operatics. Roger Daltrey stars as the composer; Ringo Starr cameos as a sardonic Pope; Paul Nicholas, fresh out of Hair and Jesus Christ Superstar, is Liszt’s rival and eventual nemesis, Richard Wagner.

There’s a telling scene early on, as a horrified Wagner sits among an hysterical audience watching Daltrey’s spangly, Liszt-as-Liberace act, playing to the gallery and mashing up serious Wagnerian themes with “Chopsticks”. In 1975, at the height of stadium rock, glam and Prog, these were conflicts facing rock’s dinosaurs, too – former revolutionaries who suddenly appeared reactionary.

Russell had a real bee in his bonnet about Wagner, who married Liszt’s daughter Cosima and, in Russell’s view, parasitically sucked the lifeblood from the older man’s music. Hey presto: Russell depicts Wagner in later years as a fanged vampire, gnawing through Liszt’s neck. Wagner and Cosima conceal an Aryan death cult and Frankensteinian laboratory in their Bayreuth castle, reanimating Thor (a robotic Rick Wakeman) to scourge the Jewish race. In an act of sacrilegious revisionism, Wagner is resurrected as Hitler, spraying hot lead around the Ghetto from an electric guitar-cum-machine gun. Liszt swoops to the rescue on a heavenly Spitfire-lyre, with righteous cannons blazing.

Set at an uncomfortably hysterical pitch, Lisztomania’s patent absurdity appears determined to outdo even Tommy’s rock follies. Rick Wakeman’s synthesized Liszt transcriptions make for a freeze-dried soundtrack, while Daltrey’s vocal cords sound tired and stretched on the original songs. The extended scene where Liszt makes a Faustian pact with his mistress and patron, Princess Carolyn Sayn-Wittgenstein, where the composer propels his ten foot dong towards his lover’s loins, only to find it thrust into a giant guillotine, must be a contender for the worst 15 minutes in the history of cinema. Somewhere buried under the grandstanding are serious points about compromise and artifice – it’s just that the boobs, knobs and cartoon Nazism fog the picture ever so slightly.