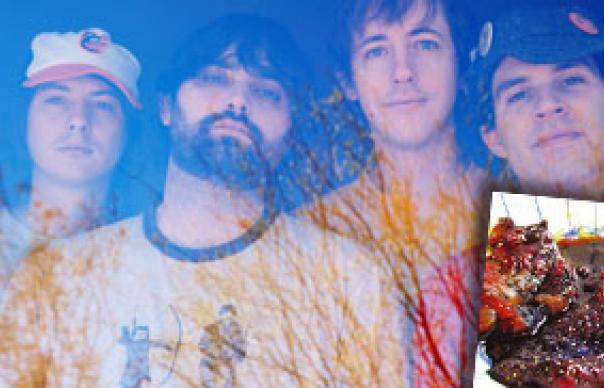 After 2005 masterpiece Feels and the universal acclaim that greeted Panda Bear’s beatific Person Pitch earlier this year, fans have been primed for the Collective’s return with their most ostensibly pop record yet.

Strawberry Jam, indeed, opens fruitily enough with “Peacebone”, a tune which could almost be the theme to some psychedelic kids’ cartoon conceived by Terry Riley and Tex Avery.

But though much of the record revels in freaky electronics – “Chores” and “Winter Wonder Land” rush through as though played by pixellated marching bands – there’s an overwhelming sadness to the undertow. “Why must we move on from such happy lawns,” they croon beautifully on “Unsolved Mysteries”, “into nostalgia’s palm and feed on the traces?” It makes them sound like The Beach Boys, beset by a sudden, and very poignant, revelation.

**Uncut.co.uk has four exclusive streams from ‘Strawberry Jam’ for you to listen to below. Simply click on the links below to get your cosmic pop fix.

The album is out on Domino records now.

Click on the track titles to open the MP3 files