The Mac maverick goes his own way, again. Lush and reflective... 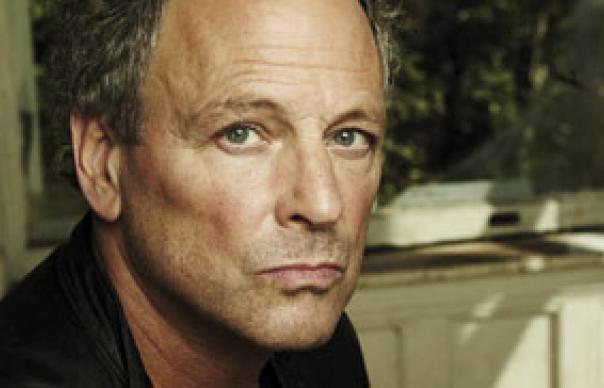 For almost four decades, on and off, Lindsey Buckingham has been the driving force behind one of the world’s biggest bands, Fleetwood Mac.

He is the charismatic architect of Rumours and Tusk, whose songs are familiar to millions, yet it’s often the case that many Mac nuts, particularly outside the US, would be hard-pushed to name one of the guitarist’s five solo albums, let alone pick a highlight from any of them.

That doubtless says more about the fairweather nature of the band’s conservative fanbase, though to his credit, Buckingham, one of the more gifted players of his generation, has never appeared to crave attention even though he’s spent his career in the spotlight. Cast as a maverick when he indulged various eccentric recording methods for 1979’s landmark Tusk, the tag has stuck.

As a solo artist, Buckingham is, at the age of 61, enjoying a fine run of form. Seeds We Sow is his third album in five years, following 2006’s Under The Skin and 2008’s Gift Of Screws, records which the Californian singer-songwriter discovered were welcomed by a new audience who’d been enchanted by Fleetwood Mac’s surprisingly harmonious 2003 reunion and tour after 16 years apart. Their comeback set, Say You Will, from that year, was solid enough, its best song a tumbling, guitar-speckled Buckingham number called “Red Rover”. In concert, too, his solo rendition of “Big Love” illustrated the range of his exquisite fretwork and power of his star-crossed vocal. Comparison with Stevie Nicks’ latest solo effort is unnecessary, so let’s just say Buckingham’s passion for his craft is obvious.

What’s noteworthy is that both Gift Of Screws and Under The Skin stemmed from or before those Mac sessions; Seeds We Sow, a mellower affair, is an entirely new set of songs, and, lush and reflective, it unfolds as such. Buckingham composed, produced and mixed the record in his LA home studio, playing almost every instrument, even overseeing its release via the independent label Eagle. Buckingham and Fleetwood Mac are out of contract with Warners, though you suspect the major would’ve stuck with him if he could guarantee a healthy return. As it is, removed from the pressure of label and band, he’s a free agent who can feed his rebellious streak. Go his own way, so to speak. Couple this with his happy domestic situation – he married in 2000 aged 50 and has three children – and it was always unlikely he’d produce a record as unhinged as 1984’s Go Insane.

That’s not to say Buckingham is set in his ways. On the contrary, though he specialises in two types of song, the fluid acoustic flourish and the rockier stomp, he explores variations of these with the youthful vigour of a person one third his age. There’s a “Tusk”-like shuffle to “One Take” which he decorates with an outrageous Yngwie Malmsteen shred, while the distinctive shimmering harmony of “In Our Own Time” and simple interlocking riffs of “Rock Away Blind” can really only be called Buckinghamesque; no-one else plays with such elegance. If there’s one track that will draw newcomers to Seeds We Sow, it’s “Stars Are Crazy”, one of the loveliest songs Buckingham has ever written. Over tantalising fingerwork he pines for a lover before howling at the moon as the chorus erupts, sending shivers of delight through the listener. A closing tiptoe through the Stones’ “She Smiled Sweetly” could be Buckingham paying his dues to Jagger and Richards, but the distinction here is that, though his songbook, like theirs, is already abundant, Seeds We Sow suggests that there’s plenty more to come.
Piers Martin