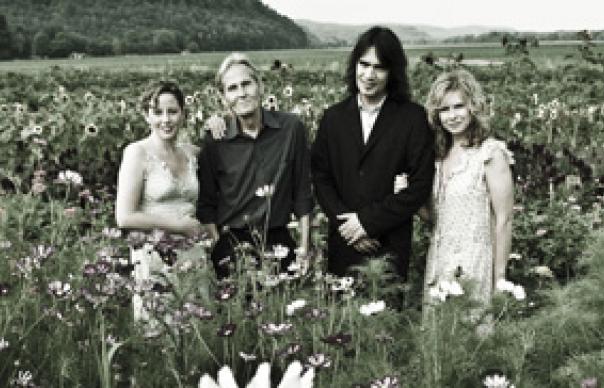 Levon Helm was the southern heart of that essentially Canadian group The Band, the drummer/singer/mandolinist who gave Robbie Robertson‘s songs their corn-starch authenticity. Helm it was who showed Robertson the ropes in his home state of Arkansas; Helm whose good-ole-boy yelp of a voice led Band classics as different as “Up on Cripple Creek” and “The Night They Drove Old Dixie Down”.

Thirty years after that august group hung up their rock’n’roll shoes, Helm finally delivers his first solo album proper. And about time too. We’ve heard Helm horsing merrily about with the post-Robertson Band, with Ringo’s All-Starrs and his own RCO All-Stars. What we haven’t heard is the true country soul of the tow-headed boy who grew up singing blues and bluegrass songs at the knees of his parents – the dirt farmer within, you might say. Then along comes Dylan sideman Larry Campbell and a contract with venerable folk label Vanguard and bingo, everything falls into place…

Helm visited these places in The Band, of course: Dirt Farmer necessarily recalls the ragged mountain outings that were “Ain’t No More Cane”, “Don’t Ya Tell Henry” and others. But it took Levon’s daughter Amy to suggest they go back to the era of the Carter Family and the Stanley Brothers to tap the true roots of his musical heritage. Co-producing with Campbell, Amy sings and plays behind her old man on an album that mixes up “traditionals” with neo-trads such as Steve Earle‘s “The Mountain” and Paul Kennerley‘s “A Train Robbery”.

Joining the trio in the earthy-sounding troupe are Brian Mitchell (piano and accordion), Glenn Patscha (pump organ), George Receli (percussion) and bassist Byron Isaacs, author of the brooding gospel track “Calvary”. Where drums are required they are mostly played by Helm himself. The conspicuous absence of The Band’s Garth Hudson is the only thing that might be said to raise an eyebrow.

The result is a collection that sounds like nothing so much as a modern-day Dock Boggs signed to the Lost Highway label. Helm was never as blue-eyed-soulful a singer as fallen companions Rick Danko or Richard Manuel but he was a great singer nonetheless, simply in the way he placed his consonants and shaped his southern vowel sounds. If that roustabout voice has been weakened by the throat cancer he suffered in the late ’90s – and by 28 radiation treatments, no less – you’d hardly know it from the alternately lusty and baleful performances he gives on Dirt Farmer. (“My voice is over halfway back,” he claims in the album’s sleevenote.) On “The Mountain” he’s a wounded animal baying at the moon. On J.B. Lenoir’s “Feelin’ Good” – a backwoods-blues diversion on an album that’s predominantly Caucasian in its sources – he’s a yowling roué who should know better, backed by a daughter who sounds like Bonnie Raitt’s kid sister.

The Catskills are not and never will be the Blue Ridge Mountains, but Helm has somehow recreated his own hickory holler in his adopted Woodstock. When the original RCO Studio barn burned to the ground, Levon simply built another on its ruins. Of late he’s been hosting his own “Midnight Rambles” at “The Barn” (Levon Helm Studios to you), and it’s the easy-rolling spirit of those gatherings that infuses these recordings. Dominated by fiddles and dobros and mandolins and mandolas – the default instrumentation of today’s retro roots-rock – Dirt Farmer finally brings Helm into the realm of Lucinda Williams and her kind, with Larry Campbell serving as his white-knight Joe Henry.

The thirteen tracks are well-sequenced. The jauntily Cajun-flavoured “The Girl I Left Behind” follows on the heels of the sparse, wheezy “Little Birds”, an ancient Appalachian ballad Helm that sometimes sang with The Band and, he says, gave him his “first understanding of harmonies and how they should stack, parallel and support each other.”) “Got Me a Woman”, Kennerley’s jolly ode to domestic bliss, cheers us up after Laurelyn Dossett’s contemporary death ballad “Anna Lee”, wherein father and daughter duet over Campbell’s mournful sawing. “Feelin’ Good” flows out of “The Blind Child”, yet another of the high-lonesome singalongs Helm learned from mama Nell and pappy Diamond. By the time we reach Buddy and Julie Miller‘s “Wide River to Cross” – a fittingly elegiac finale, with Helm singing in a lower, richer register – we sense that we’ve reached the end of a musical journey.

Okay, so Dirt Farmer ain’t The Band, who will always overshadow the solo work of its five members, living or deceased. It isn’t even the re-imagining of southern life that Lucinda Williams or Gillian Welch – a guest at one of the Midnight Rambles – offer. But then Levon Helm has never pretended to be an innovator. In The Band he provided the rhythmic and cultural anchor for Robertson’s southern fantasies, poo-poohing fancy notions of artistry. In 2007 he’s content to be a kind of newgrass revivalist, bringing this old mountain music up to date.
“It gave us a chance to monkey up the rhythm of a traditional country beat,” Levon writes of Dirt Farmer’s infectiously skanky arrangement of the Carter Family’s “Single Girl, Married Girl”. The phrase is vintage Helm, summing up everything that’s great about this weathered veteran of Americana.