Let The Sunshine In

A 'romantic comedy' from Claire Denis 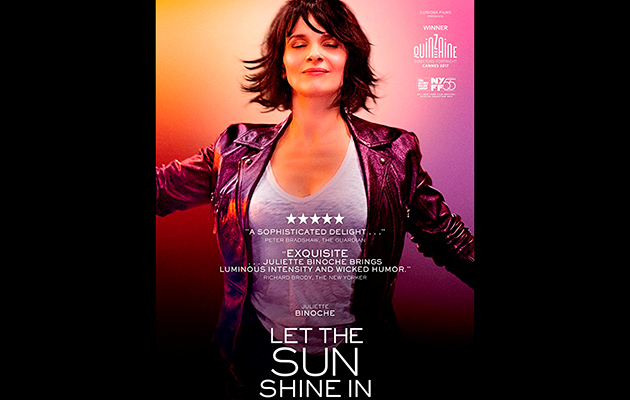 Claire Denis’ latest is a romantic comedy, but it is not perhaps the kind one might have envisaged as a vehicle for Sarah Jessica Parker or Jennifer Aniston. Juliette Binoche plays Isabelle, newly divorced, living in Paris. Denis’ follows her attempts to get back on the trail of true love through a series of liaisons – with an arrogant banker, a melancholy young actor, a working class barfly, even her ex-husband.

These affairs are accompanied by long, intellectual conversations as, each time, Isabelle wrestles with the question: is he the One? And in each instance, the answer is likely to prove to be negative. In one scene, Gerard Depardieu appears as a fortune teller. “You need people out of the ordinary,” he says, putting in a late bid for himself. It is very funny, very French.

It’s sort of a throwaway Woody Allen gag, but in the hands of Denis and Binoche it is elevated into a sophisticated delight.