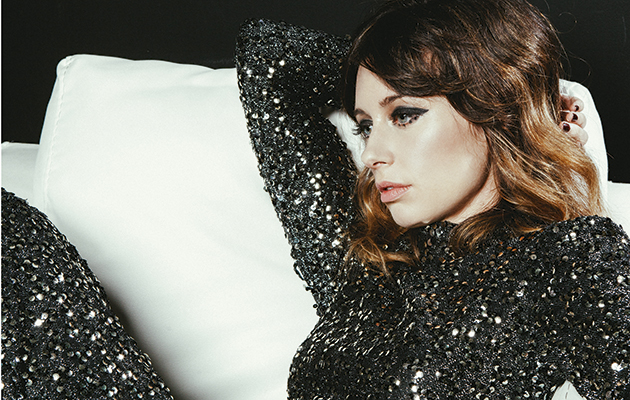 It’s remarkable how TV themes can transform an artist’s fortunes, especially when it comes to True Detective. The acclaimed first season of the HBO drama took “Far From Any Road”, an obscure Handsome Family tune that was already over ten years old by 2014, and hoisted the cult duo onto the international stage. Within months, and umpteen millions of social media hits later, the song had been co-opted by Guns N’Roses as intro music for their world tour and, altogether more impressively, achieved the ultimate pop culture accolade by fetching up on an episode of The Simpsons. For a band who align themselves to the decidedly uncommercial world of Doc Boggs and Harry Smith, it wasn’t bad going at all.

A similar fate befell Lera Lynn last year. She might not yet have made it to the fictional environs of Springfield, but the general consensus is that the Nashville singer-songwriter was the best thing about True Detective’s otherwise patchy second series. Her appearance as the resident turn in a near-empty bar, dispensing sad-slow songs through the creeping gloom of the Black Rose, brought her a fair chunk of mainstream attention. By September she was undertaking her first major headline tour of the US and had just signed a new global publishing deal.

Newcomers to her music might’ve been forgiven for thinking that Lynn had sprung from nowhere. In truth, she’s been around for a while. 2011 debut Have You Met Lera Lynn?, recorded while the Texas-born singer was still living in Georgia, where she’d been raised, was a bewitching set that adhered to the same old-school Patsy-and-Loretta values as fellow countryphiles like Neko Case or Caitlin Rose. Then it all went quiet as Lynn regrouped her thoughts and upped sticks for Nashville, casting around for new management and a fresh backing band.

Finally, in 2014, she emerged with an EP, “Lying In The Sun”, and an overdue second album, The Avenues. Both offered ample evidence that she’d lost none of her powers, allied to a newfound sense of dislocation in songs that twanged and cried steel with persuasive grace.

It’s tempting to think that the True Detective experience has, to some degree, fed its way into her latest opus, Resistor. Certainly, it’s rich in atmosphere, Lynn and co-producer Joshua Grange evoking the kind of torchy, spectral noir that informs the best work of Cowboy Junkies or Mazzy Star. But there’s also a less tangible, sinister element at play here, as if everything has been tilted slightly off centre. The house of shadows that is “Run The Night”, for instance, carries a cockeyed piano refrain that sounds like a backwards lullaby, serving as a neat signifier for the album itself. Many of these songs are similarly ambiguous, at least from a lyrical drift. Lynn often portrays romantic love as a scarred province where betrayal and deceit are as common as tenderness and lust. Hard metaphors drive home the point: gunpowder, arrows, blades, chains and the like.

The key musical flavours are Grange’s tremolo guitar, an agent of tone and mood rather than straight-up riffing, and Lynn’s expertly weighted voice. Between them, and in keeping with the spontaneous nature of the album sessions, they tackle every instrument on Resistor, with the exception of Robby Handley’s bass. This tends to keep things taught and economical throughout, a knobbly bassline enough to convey the tension of “What You Done”, with Lynn’s drawled words hinting at some terrible buried secret. “Slow Motion Countdown”, too, is an ominous waltz marked by the soft tick of guitar and a measured beat that feels like someone slapping a heavy fist at the door.

There are nimble changes of temperature as well. Opener “Shape Shifter” is a punchy piece of leftfield-ish rock with Lynn in strident mode. As is “Drive”, a highway song of escape whose baritone guitar and insistent groove echo the idea of wheels burning across cool midnight tarmac.

One of the most arresting moments is “For The Last Time”, which traces the passage through life of someone nearing their endgame. “They’ll roll her down the hall tonight/For the last time”, Lynn sings with open-throated abandon. “Nearly a century done/Love, life, gain, loss… It’s a rough road on this way out.” Accented by wordless harmonies, it was written, Lynn says, for her late grandmother. Like most everything on this beguiling album of minor-key pleasures, it’s blessed with both stoic resolve and real emotional heft. Not to mention a very singular, haunted allure.

Q&A
LERA LYNN
What made you go for a more experimental approach this time around?
The plan was to just try different things, which meant that the record ended up taking on a style and sound of its own. Joshua and I had a really clear vision of the production style and the approach to the instruments. For example, we didn’t want to use a drummer because we didn’t want the muscle memory of it. We wanted something that was very simple instead. So that was me in a lot of instances. I’m not a drummer, but I can lay down a beat.

There seems to be a lot of break-up songs with hard metaphors of guns and arrows…
I was thinking of the double-edged sword of love, these gifts that are meant to express admiration but which are cutting you and hurting you. It does feel like there are some similar sentiments being expressed along those lines, kind of hanging onto the last shred of hope and love. Am I writing from experience? Yes and no!

Has True Detective made a noticeable difference to your profile in the States?
It certainly has. The biggest difference I’ve noticed is in touring. Many more people are coming to the shows and I guess they’re buying records as well. It’s been really helpful for me, because not having a major label means it’s difficult to gain the level of exposure that you need to make this career sustainable. It’s inspiring to discover that there’s an appreciation of more introspective and unsettling music out there.
INTERVIEW: ROB HUGHES