Leonard Cohen – Reissues Of The Month 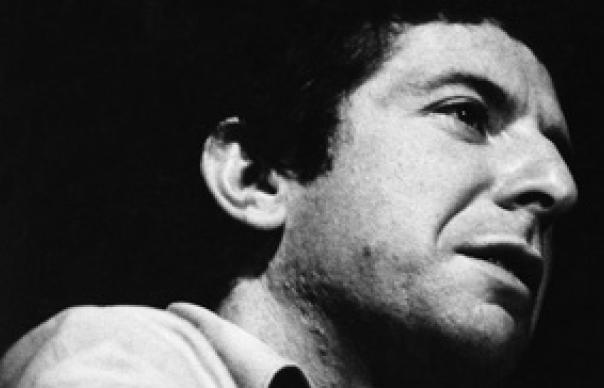 
A sparsely furnished garret, the Bohemian Quarter, nightfall. Shadows conjoin and separate in the flickering light provided by a candle in a Dubonnet bottle, as the arguments of whores and sailors drift upwards from the street below. Monique, naked save for a Gauloise, looks up from her translation of “Les Chemins de la Liberté” to address the frowning poet hunched over his typewriter. “I’m bored with Sartre,” she pouts at him. “Make love to me, and then I’ll betray you.” Tiny briquettes of ash tumble from his cigarette as he mutters: “I’m writing another song about you. What’s your name again?”

Released between December 1967 and March 1971, the first three Leonard Cohen albums conjure up such vivid scenarios of complicated love, and pose such colossal questions (why must we live? whom should we worship? are the riddles of Man and Womankind irresolvable, or perversely blissful?) that it’s hardly surprising they’re considered Serious Works by those who appreciate the major singer-songwriters of the ’60s and ’70s. Others – let us call them heathens – accuse the Works of being (itals)too(itals) Serious: of being wrist-slittingly depressing, in fact.

Cohen’s wry compromise to the public, from a British perspective anyway, was to polarise opinion while becoming an enormous success. “Songs Of Love And Hate” was a UK Number 4 smash in 1971 (rubbing shoulders with “Sticky Fingers” and “Motown Chartbusters Vol. 5”, while “Songs From A Room” (1969) climbed as high as 2 behind The Moody Blues.
A poet and novelist with a fanbase in his native Canada, Cohen was already into his thirties when he recorded his first album for Columbia/CBS.

“Songs Of Leonard Cohen” was, and remains, a significant debut – a haunting, sophisticated songbook full of absinthe-potent images. “So Long, Marianne” mentions a crucifix, a razor-blade, a “green lilac park” and, in a verse that alludes to a weirdly exquisite suicide, “your fine spider-web… fastening my ankle to a stone”. As well as a pair of exotic/erotic pièces de résistance, “Suzanne” and “Sisters Of Mercy”, the album also has the remarkable “Master Song”, where Cohen hints darkly at mind-control and sado-masochism in a series of hypnotically sinister couplets: “You met him at some temple where they take your clothes at the door/He was just a numberless man in a chair who’d just come back from the war”.

Cohen knew what he wanted, and won his argument with producer John Simon that the album should not feature drums or prominent keyboards. Cohen’s own acoustic guitar gently undulates and gallops through the stark arrangements; other than his poker-faced vocal, there’s little else going on. Here, briefly, is a flugelhorn. Over there is an instrument that sounds half-zither, half-sitar, but then it’s gone. Free of clatter, the plaintive folk melodies suggest European traditions – more Tuscany or Catalonia, perhaps, than Greenwich Village and Laurel Canyon. We can now hear, on two previously unreleased outtakes included on this remastered CD, what Cohen was so desperate to avoid: good as they are, both songs (“Store Room” and “Blessed Is The Memory”) are blatantly enamoured of Dylan’s “Blonde On Blonde”.

Cohen’s second album, “Songs From A Room” (issued here featuring a couple of unremarkable alternate takes), is less impressive than the debut. Fans of his most renowned tune, “Bird On A Wire”, will have to forgive this reviewer for finding it mawkish and dull, and it gets the album off to a plodding start. Other songs suffer from chronic “yoo-hoo syndrome” (“You who build the altars now…”, “You who are broken by power…”), as Cohen oversteps the line between punctilious syntax and self-parody. However, there’s terrific writing in “Lady Midnight” and “Story Of Isaac”, and also in “Seems So Long Ago, Nancy”, which recounts the fate of a girl who “wore green stockings and… slept with everyone”. Oddly, several songs are accompanied by Jew’s harp, making a twangy-chirpy sound, as though some crickets have tunnelled into the studio while Cohen sings his elegies for the slaughtered and heartbroken.

“Songs Of Love And Hate”, his third album, has no crickets. It has ominous swoops of cello, some singing children, and almost no hope or comfort. It’s a brilliant album, but if you get my meaning here, it’s not to be listened to at 4am with a bottle of whisky. “Avalanche” (later recorded by Nick Cave) catapults the listener in at the deep end, with a tale of Quasimodo-esque self-loathing that has a horribly grisly finale: “It is your turn, beloved, it is your flesh that I wear.” Then comes “Last Year’s Man”, in which Cohen appears paralysed by depression and writer’s block. In the third song, “Dress Rehearsal Rag” (also appearing here in an alternate version, with an electric backing group), he heaps scorn on his work, and disgustedly sets himself the most dire challenge of all: “Now if you can manage to get your trembling fingers to behave/Why don’t you try unwrapping a stainless steel razor-blade?/That’s right, it’s come to this/It’s come to this.” Fortunately it didn’t quite.

Although a new generation of musicians would discover Cohen’s work and pay homage (REM, the Pixies and James were among those recording his songs for the 1991 tribute album “I’m Your Fan”, Cohen himself worked slowly after “Songs Of Love And Hate”, making only six albums between 1972 and 1988. (The second batch of remastered CDs is due for release in September.)

In 1994 he vanished into a Zen Buddhist retreat in California, emerging five years later as a formally ordained monk. Now 72, he’s recently told interviewers that his famous depression, thanks to “the neurological processes of aging”, has finally lifted.