Lemonheads – It’s A Shame About Ray 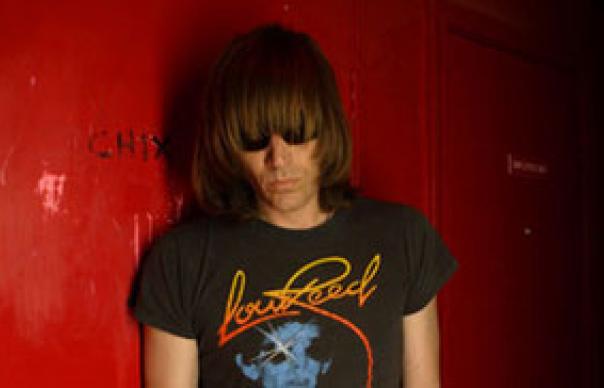 It’s not always easy to remember these things: in 1992, did It’s A Shame About Ray sound quite so poignant, so tender, so presciently damaged? If memory serves, we all jumped on this, Evan Dando’s fifth Lemonheads album, as a sort of exuberant and charming riposte to grunge. Dando had gradually steered his brattish Boston punk band into becoming a rough-edged powerpop outfit. Compared with, say, Alice In Chains, the Lemonheads certainly sounded fun, if not quite the lightweights they were portrayed as in the wake of that ill-advised dash through “Mrs Robinson”.

But listening to It’s A Shame About Ray now, what’s most striking is an emotional frailty at the heart of these swift and memorable little songs, a vivid intimation of the mess that Evan Dando would soon become. After his fourth album, Lovey, had underperformed, Dando escaped to Sydney and fell in with a bunch of indie musicians, centred around a cute band called Smudge and a lively label called Half A Cow. Smudge’s frontman, Tom Morgan, and Half A Cow’s owner, Nic Dalton, became Dando’s new musical accomplices: Dalton would soon join the Lemonheads full-time as their bassist.

Morgan and Dalton certainly encouraged Dando’s warm melodic gifts, his goofier side – as did The Robb Brothers, who produced Ray at their studio in LA. But amongst all the “butterscotch streetlamps” and so on, the singer’s insecurities were already pronounced. On “My Drug Buddy”, a gorgeous, countryish lope that briefly posited Dando and Juliana Hatfield as a ‘90s Gram and Emmylou, he notes sorrowfully, “I’m too much with myself, I wanna be someone else.” “Rudderless”, meanwhile, is saturated with regret: “Walked back home to my place (tired of getting high), Guess I don’t wanna die.” This, remember, is purportedly Dando’s age of innocence. In fact, he had been seriously experimenting with drugs for years.

It’s A Shame About Ray, in its 2008 incarnation, is still a great album, but a palpably darker one. The original 29 minutes remain a compact pop thrill. “Mrs Robinson” remains a trouble-making aberration (and one left off initial pressings of the album). There’s a sweet b-side, “Shaky Ground”, and then nine solo demos that provide a rueful new coda. Beneath the fresh bubblegum zing, they reveal the truth about Evan Dando: long before fame got to him, he was exquisitely well-prepared to self-destruct.

UNCUT Q&A WITH EVAN DANDO:
Do you still hate your cover version of “Mrs Robinson”?

I’m not so bothered by it now, it was the song that turned a lot of people on to the band. But we never liked it, we never played it live apart from a couple of times on TV shows. I tried to keep it off the reissue. The reason I wanted the reissue to come out was that I found this cassette of demos that I really liked.

What are you up to at the moment?

I have a cold and I need to get a decongestant or something. But I’m working on a covers album with Gibby Haynes of the Butthole Surfers. We’re doing some obscure psychedelic stuff, then some more obvious stuff like Tim Hardin, Townes Van Zandt, a Dan Penn song called “Zero Will Power”.