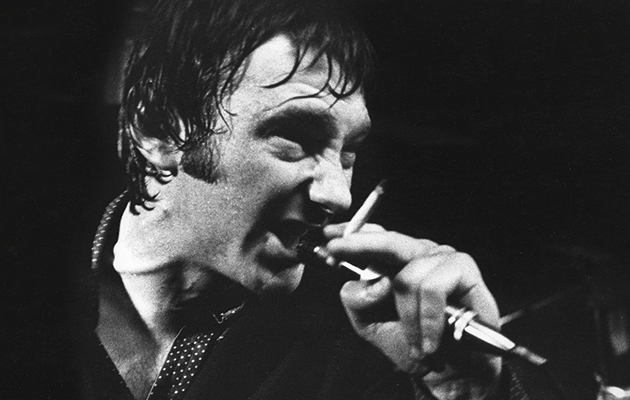 Zoe Howe doesn’t make much of it in Lee Brilleaux: Rock’N’Roll Gentleman, but Lee’s death on April 7, 1994, was barely noticed by the music press. Our attention was elsewhere. Two days earlier Kurt Cobain had killed himself. Lee’s passing became therefore a mere footnote to the unfolding drama in Seattle, briefly mentioned. Twenty years earlier, of course, Lee had been all over the music weeklies as singer for mad-dog Canvey Island rhythm and blues monsters Dr Feelgood. Brilleaux was the livid personification of their raw noise and snarling contempt for the era’s musical self-indulgence, crop-haired, fists-clenched, predatory, coiled, about to strike and, until Johnny Rotten happened along, English rock’s most charismatic frontman.

As many of the people who knew him recall in this vivid, entertaining and overdue biography, Lee was well-read (among his favourite writers were Dickens, Trollope, Steinbeck, Patricia Highsmith and Eric Newby), sharply intelligent, outspoken and hilarious. He was volatile, too, occasionally fierce company when he was drinking, which was often. There was also something of the dandy about Lee, even when he came offstage looking as if he’d just been put through a car wash. So it’s a hoot to discover that at school he was the leader of The Utterly Club – subsequently The Lovely Club – who sported cravats, waistcoats, watch-chains, canes, the occasional hat and monocles. Later, he frequented bespoke Berwick Street tailors Mr Eddie and Chris Kerr, wore hand-made shoes from New & Lingwood of Jermyn Street. He affected tweeds, cavalry twills and Barbour jackets, was reinvented as a country gentleman. When he was dying, he added a smoking jacket, a smoking cap with a little tassel, velvet smoking slippers and a monocle to his eccentric wardrobe.

The Feelgoods were rocked in 1977 by an acrimonious split with totemic guitarist and songwriter Wilko Johnson. They rallied, but the early-’80s were brutal. They were on their way to being forgotten. Johnson’s replacement, John ‘Gypie’ Mayo, left in 1980, worn down by relentless touring and heroin. Long-serving rhythm section John B Sparks and The Big Figure were also both soon gone, similarly exhausted. Lee soldiered on with new lineups. But by the end of 1992 even he was flagging, in constant ill-health.

In February 1993, he was diagnosed with Hodgkin’s lymphona, a cancer of the lymph glands. Intense chemotherapy with predictably ghastly side effects failed to stop the cancer spreading. Lee was 42 when he died, the Feelgoods an obscure memory for many until Julien Temple’s 2009 Oil City Confidential documentary and the 2012 All Through The City retrospective boxset confirmed their massive influence and his part in it.