Endorphin-rush rock'n'roll: remastered, relentless, essentialAs Zeppelin fans of all creeds and nations prepare to make the pilgrimage to London’s O2 arena on 26 November, it may not have escaped their notice that the reunited, hot-ticket, must-see Zep are about to attempt something truly precarious. Never mind Valhalla, consider Guernica. Watched by 20,000 people, three men aged 63, 61 and 59 will endeavour to lend the requisite fury and intensity to songs that are now closer historically to the Spanish Civil War than to 2007. 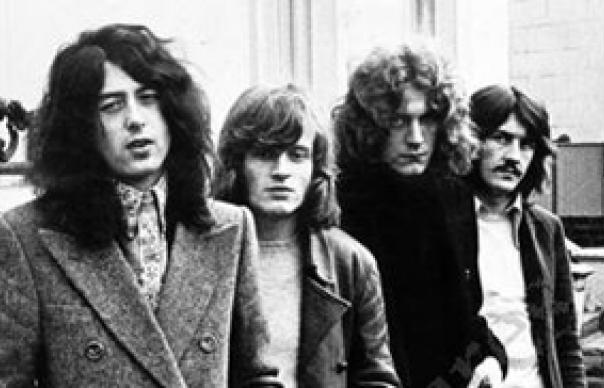 Endorphin-rush rock’n’roll: remastered, relentless, essentialAs Zeppelin fans of all creeds and nations prepare to make the pilgrimage to London’s O2 arena on 26 November, it may not have escaped their notice that the reunited, hot-ticket, must-see Zep are about to attempt something truly precarious. Never mind Valhalla, consider Guernica. Watched by 20,000 people, three men aged 63, 61 and 59 will endeavour to lend the requisite fury and intensity to songs that are now closer historically to the Spanish Civil War than to 2007. Should they succeed, the former Millennium Dome may levitate, belch smoke and disappear through a hole in time and space, as many often wished it would.

Those of us, meanwhile, who’ll be at home grooving to the 2CD compilation Mothership: The Very Best Of Led Zeppelin can reflect on (a) the ineffable properties of this piledriving rock/blues/folk hybrid, which survived backlashes and critical assassination attempts to achieve lasting honour and respect; and (b) the scientific phenomenon that is Zep’s Law, whereby the more music we investigate and enjoy in our lives –from The Fall to Carla Bley to Grizzly Bear – the sweeter Led Zeppelin sound on our return. We might also apply the Kashmir Formula, which states, if you recall, that the cosine of ZoSo divided by the hypotenuse is equal to the endorphin rush of John Bonham’s bass drum multiplied by ‘y’ where Jonesy is ‘x’. They clearly used some form of black magic, if you ask me.

I’ve been playing the eight Zeppelin studio albums (1968–79) almost on a weekly basis ever since the mid–’90s, when an HMV sale of their remastered CDs tempted me back to the supergroup I’d adored as a boy (and abandoned in my angst-ridden late teens). Thousands of others, be they intrepid or furtive, rediscovered Zeppelin via those ’90s reissues, no longer ashamed of Robert Plant’s lemon-squeezing antics or embarrassed by “Stairway To Heaven” (well, not by all of it).

Instead, they experienced the thrill of liberation as they cranked up Led Zeppelin IV and Physical Graffiti, excitedly re-familiarising their brains with Zep’s exotic voyages, air-pummelling dynamics, staggering hammerhead percussion and complete lack of neurosis, bashfulness or irony. How exciting “Black Dog” seemed; how obsolete seemed post-punk, anti-muso, PC dogma. If you have bustle issues in your hedgerow, any counsellor will tell you that denial only exacerbates your stress map. BAM! BAM! went those speakers again, and “Good Times Bad Times” kicked the door down and shrieked wakey-wakey.

In more recent years Zeppelin’s legacy, under Jimmy Page’s watchful jurisdiction, has been well served by a superb live album, How The West Was Won (recorded in 1972), and by the self-explanatory DVD. Rumours persist that Page has overseen stunning new remasters of all the classic Zep albums, and these will be mandatory acquisitions when they materialise (presumably in 2008) for those who wish to hear Zep at their heaviest, deepest, softest and crispest. In the meantime, Mothership – 24 songs on two CDs, remastered to perfection – gives us an insight into how devastating this arcane, courageous, frontierless, much-loved, much-feared music from so many worlds ago can still sound.

Straight to the point, Mothership is the Zep album I’ll be playing relentlessly from now on. Without dwelling too much on the audiophile aspects, because remastering isn’t an obsession with everybody, a significant increase in power and clarity is instantly apparent, particularly on headphones, making almost every track a revelation for anybody who wants to listen. You might find yourself squinting hard at the tracklisting, growing testy, unable to wait for “Immigrant Song” or the echo-swamped parts of “Heartbreaker”, desperate to find out precisely how huge the drums on “Rock And Roll” will sound (enormous: Bonham could literally be three drummers thundering away simultaneously).

For newcomers, or those whose requirement is simply a quintessential Zep comp featuring one heavy-rock landmark after another, it’s fair to say that Mothership, with “Communication Breakdown” at one end, and “Achilles Last Stand” and “In The Evening” at the other, will fulfil the criteria. The highlights on disc one alone (1968–1971) include a man playing guitar with a violin bow (“Dazed And Confused”), a woman confused by the jewellers’ opening hours in paradise (“Stairway To Heaven”), a drummer who sounds like a pair of synchronised wrecking balls attacking the gutted interior of a hotel (“When The Levee Breaks”), an invigorating dose of outdoor pursuits (“Babe I’m Gonna Leave You”, “Ramble On”) and a virile singer with a talent for simulating a female orgasm (“Whole Lotta Love”). At least we must assume he was simulating.

It’s not an esoteric selection by any means; don’t go looking for “Tangerine” or “The Battle Of Evermore”. Throughout disc two (1973–9), which could have illustrated Zep’s expansion into multiple styles and textures (for example, “The Rain Song” and much of Physical Graffiti), the preference is for more obvious, US-friendly tracks. There’s scope for a Mothership II that would focus on Zeppelin’s acoustic side, and on Eastern-influenced excursions like “Friends” and “Four Sticks”, which predated “Kashmir” (which is here, naturally) by some years.

Page must have his reasons for slanting Mothership towards razor riffs and electric mayhem. He’s usually the first to point out that Zep were a band of light and shade. Nevertheless, when they emerge from darkness at the O2 this month, the old campaigners will have one hell of an album to promote. Mothership may take the road most travelled, but the scenery is colossal.
David Cavanagh